Learning to ride a bike was one of the high points of my life. I can remember when it happened too, quite vividly. We lived in Lowestoft for a few years and while we were there I had a bright yellow and blue tricycle. By the time we had moved to Hoddesdon in 1982 when I was 7, the trike was no more and I was riding my “Noddy” bike. Like most of the early bikes I had, the Noddy bike was a hand me down from my older cousins, and it wasn’t until I got my cherished Mk2 Grifter (and my brother his Striker) that I got a new bike of my own. The Noddy bike had very fat tyres, which made balancing on it much easier. 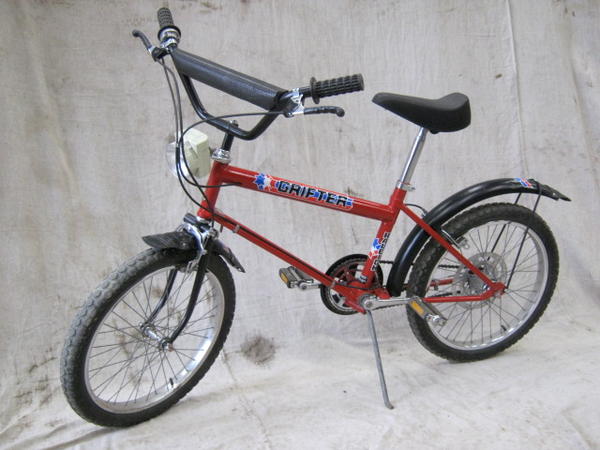 It was the Grifter though that became the bike that really got me in to cycling. I remember it’s three gears (a twist shift too!), and how I looked after it better than anything else ever. When I’d had it for a couple of years I was out in early January on it, and some old chap commented that I’d had a nice bike for Christmas, I’d looked after it that well!

Back then, the only sop to safety I ever made was the lights that were dynamo powered, so you immediately became invisible in the twilight when you stopped. Helmets, high vis sashes and the like just weren’t as prevalent back then. I used to disappear for hours out on my bike at the weekend or during the summer holidays, touring local rural villages like Wareside, Little Hadham, Widford and Hunsdon. I could go for extended periods of time without seeing so much as a car, and those that I did see never really left me with a feeling of impending death.

Completely hypocritically, as a parent, I now feel all the fears and worries about letting my kids out on their bikes that my parents appeared not to show around me. When I was a kid I wanted the kind of freedom that Julian and the rest of the Famous Five had, and to a degree I’d like the same for my kids. But where 30 years ago I could potter around on well made up roads and be fairly confident that motorists would i) stop at red lights and ii) not intentionally swerve towards bikes, I don’t get the same feeling now. I’ve recently started cycling to work again after a break of maybe ten years- I’m in the process of potentially being diagnosed with arthritic knees, so I’m trying to take controlled exercise- and there are certain bits of the journey where I get off and push because I’m not entirely sure the world wants me to do them on a bike!

As a parent I’m now strongly in the camp of letting the kids cycle round the estate but with some gear on. I don’t want to get in to the discussion over cycling helmets; I know plenty of serious cyclists think they cause more problems than they solve; but there are some cool bits and bobs that can help you cycle more safely, as we found out when Cycleplan sent the kids a safety pack each. The packs contained an oversized high visibility jacket, some reflective stickers and a checklist. 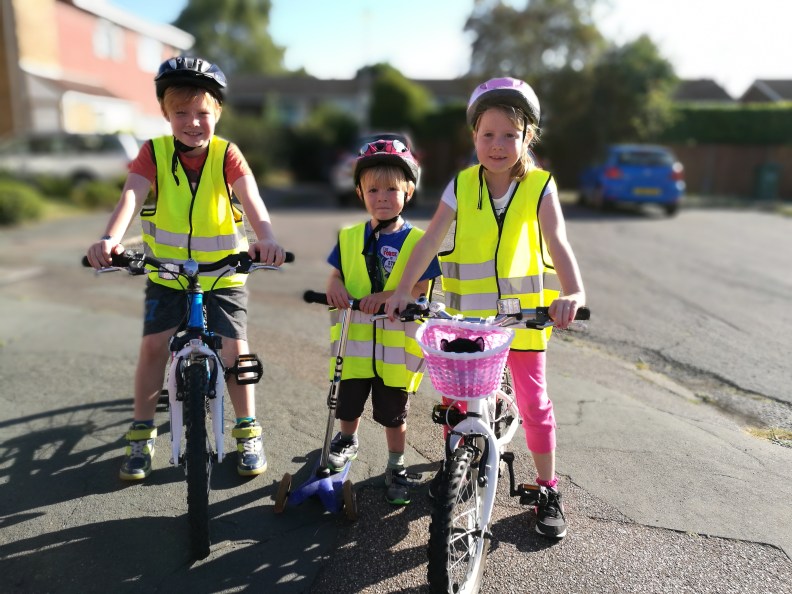 Cycleplan are one of the top UK bike insurance companies, providing bespoke quotes for bikes, accessories, loss of earnings (from cycle related stuff obviously) and even legal cover.