Disney’s new live action Pete’s Dragon movie isn’t a remake as much of a re-imagining of the 1977 original. The first movie came out when I was two, and I remember it from my youth well. Coming from Disney’s “Bronze/modern age”, it was an enjoyable mixture of live action and animation that hasn’t particularly stood the test of time in my opinion. In other words, it was ripe for a remake, and that’s exactly what Disney has done.

The key elements of the original have been kept- Pete’s there, so is his Dragon but the rest has been ditched- there are no evil step parents, no Doctor Terminus, and instead we start the story in with a road trip and fatal car crash, which in it’s own way is as upsetting as the start to Disney Pixar’s Up!, but is beautifully dealt with in the context of a movie with a PG rating.

The story in Pete’s Dragon now involves a half feral Pete, who has been living wild in the forest with his Dragon for a whole 6 years, coming in to contact with some chaps who are illegally logging. Drama ensues with first Pete and then Elliot the Dragon being captured. In the thick of it all are Grace (Bryce Dallas Howard), her Dad Meacham (Robert Redford), and Grace’s boyfriend/fiance Jack.

At it’s heart, like most successful Disney films, Pete’s Dragon is about family and relationships that are put under great stress but ultimately win through. That and a dragon of course. 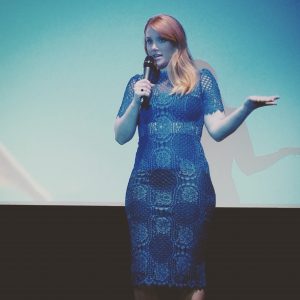 It’s this aspect that really allows Bryce Dallas Howard to shine. I’m used to precocious child stars in films (particularly Disney films) but it’s a pleasant surprise to see a 35 year old playing a 35 year year old; it’s great that Disney cast her rather than some twenty something. Howard’s character Grace has her own personal development arc in the film, much like Pete does, and it’s interesting to see the two journeys in tandem. The kids are good too- Pete and Natalie are played by actors who don’t have that precise stage school posture that often slightly spoils young kids performances and if Pete isn’t quite as grubby or unkempt as he should be, well he does have a magical dragon looking after him!

Of course I couldn’t write a review about a film with a large green dragon in it without talking about the large green dragon in it. Elliot fits in well with the world that has been created for him to live in. There is enough talk about “magic“, along with the dragon being able to make himself invisible, for a reasonable suspension of disbelief. Elliot definitely fits into his world a lot better than the BFG fits in to his; perhaps that’s a mark of how relatively hard it still is to get the look of CGI enhanced people right but whatever the reason, Elliot is super cute, expressive and most importantly believable in the movie.

Our kids loved the film. Some of the hunting scenes were a little bit intense for our 4 year old but he just chose to sit on my lap for those moments, enjoying the rest of Pete’s Dragon from the comfort of his own seat. 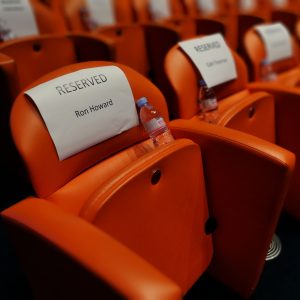 Once final thing, considering the strong aspect of family in Pete’s Dragon, I thought it was lovely that Bryce Dallas Howard’s dad, Ron, came along to the Gala showing- it was really in keeping with the whole film!

Pete’s Dragon is on general release on 12 August.