I remember buying my first Xbox from GAME in Watford. I’d owned a PS2 since launch but since my wife and I had recently bought a house, I couldn’t really justify going multi-platform. Fortunately (for me, not for them obviously) GAME was closing down and flogging everything else off on the cheap.

The X Brick as we affectionately knew it was a great machine and had some truly stand out games. These are a few of my personal favourites I’m reminiscing about to help celebrate Xbox’s 15th birthday. I’m by no means a huge gamer now days, I’ve got three little kids, a full time job and other things to keep my free time to a minimum but still like to game when I get a chance.

Here are my favourite:

It’s funny the little things you remember from 15 years ago. I remember occasionally nipping home at lunch for a game of Dead or Alive 3 shortly after I got my Xbox. I only worked a 15 minute walk from the office, so there was time for half an hour of gaming if I pegged it. I’ve always loved my beat ’em ups, starting with Way of the Exploding Fist on the Spectrum, and Street Fighter II Turbo on the SNES. The Playstation had my two favourite Tekkens (2 and 3), the Dreamcast had Soul Calibur, the PS2 had Dead or Alive 2 but my all time favourite was probably Dead or Alive 3 on the Xbox. I had everything, lush graphics, a proper use of 3D with side stepping, blisteringly fast pace, and great counter moves. If you try going back to Tekken after playing this, it will feel like you’re wading through treacle. The later games in the series look prettier (especially DOA:5) but for me this is the most playable. 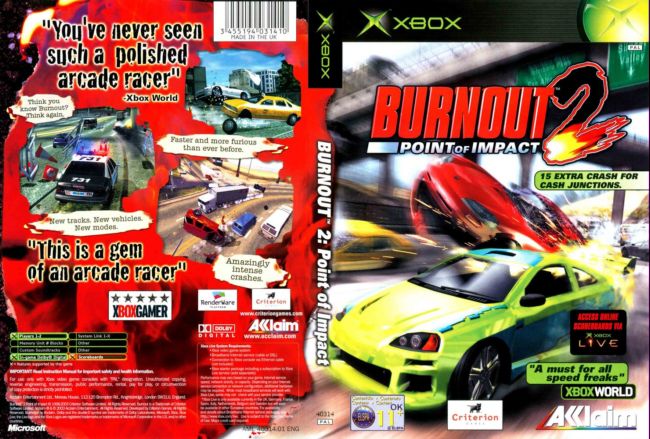 Everyone else will go for Burnout 3 but I’m contrary. Burnout 2 came around at exactly the right time for me. I used to love playing the crash junctions as much as the main racing game; they we like puzzles where you had to suss out exactly how best to crash for the most cash. We don’t have enough proper arcade racing games now days, the last one I properly enjoyed was Split:Second but even that wasn’t anywhere near as good as this. Yes, I’ve chosen this over Project Gotham Racing 2, no I’m not wrong, it’s my personal choice after all! 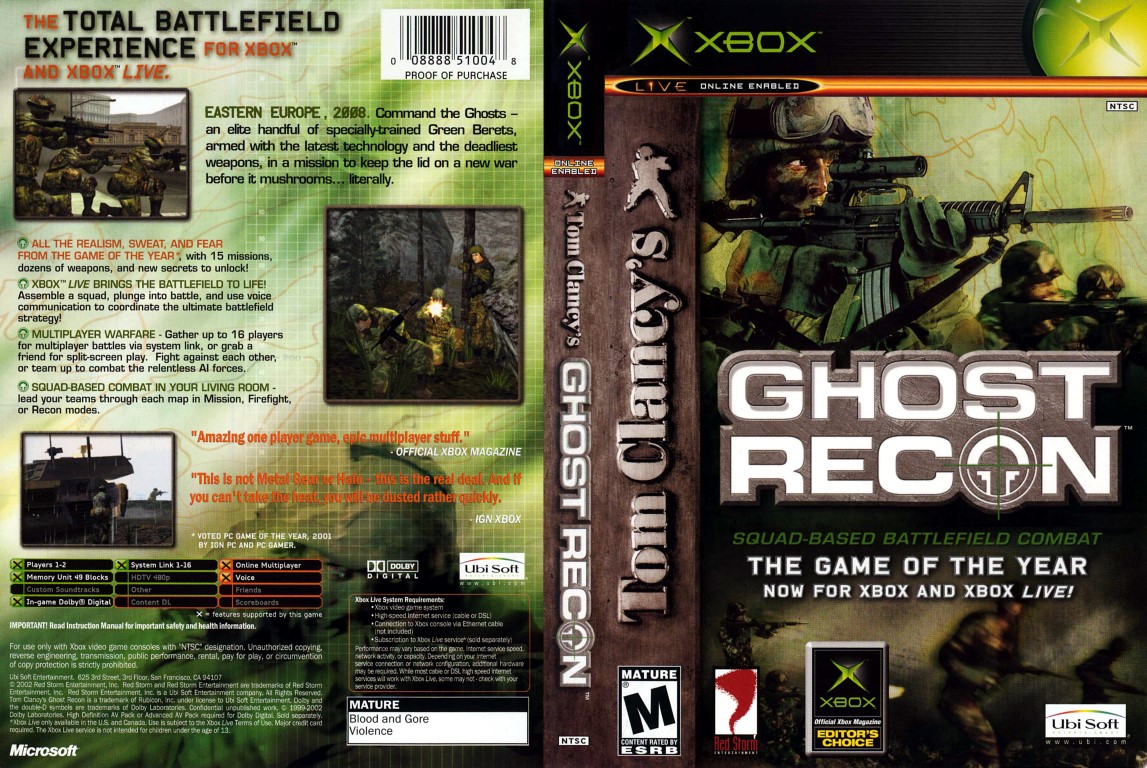 I’ve never been much of a one for first person shooters on consoles. Maybe it’s because I played so much Doom 3 and Unreal Tournament when I was younger and I’m too set in my keyboard & mouse ways but the original Ghost Recon was a bit different. It was more tactical than a lot of the other shooters around at the time, so there was none of that silly pogo’ing around while shooting to make yourself harder to hit (and it wasn’t a first person either, which helped me) but what really lifted it up for me was the online play. At the time I was a regular on the EuroGamer forums (I had a low 4 digit ID, two thousand and something or other), and I played with a really great gang of people from there. It made such a difference playing with people you talked to, even if it was only in an online capacity. This just pips Rainbow 6 to the top spot, and no, Halo (8/10 on Eurogamer) doesn’t get a look in.

So those are my top three. I still have them boxed up somewhere. Heck, this post could go on for ever, there are so many great Xbox games I still have at home but I’m going to bring it to an end here and start thinking about the Xbox 360 for another post. What were your favourite beat ’em up/racing/shooting games back on the original Xbox?