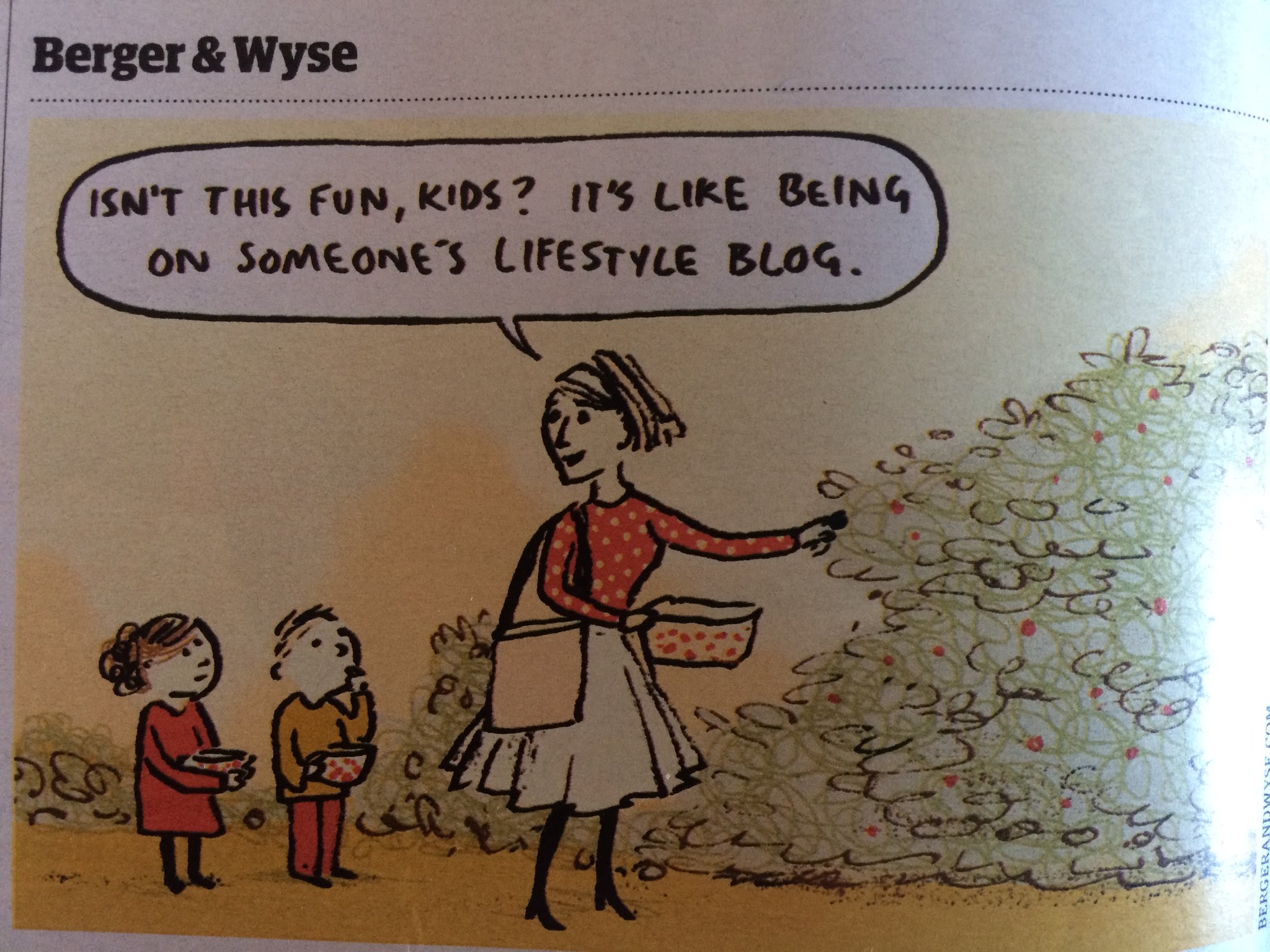 I saw this cartoon doing the rounds the other day and it made me chuckle. It speaks volumes about bloggers and craft activities. It reminded me though of something we discussed 20+ years ago in a sociology/media studies group at university, over the construction of reality. Heavy stuff huh?

An inability of consciousness to distinguish reality from a simulation of reality, especially in technologically advanced postmodern societies. Hyperreality is seen as a condition in which what is real and what is fiction are seamlessly blended together so that there is no clear distinction between where one ends and the other begins.

The media has long built hyperreal interpretations of many things- if you hear a gun go off, it sounds flat and unimpressive, not as real as somebody firing a gun in a movie. Anecdotally when I was a student, a friend who was making a short film told me that they started with the sound effect for a pistol, moved up to a shotgun, then to a canon and finally on to a large artillery piece when they did the sound mixing on someone being shot. The actual sound of a gun wasn’t realistic enough. That’s bonkers. 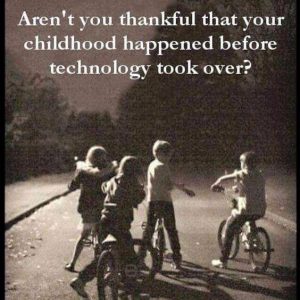 Nostalgia is good for a bit of hyperreality too- there are plenty of memes about how things were much simpler when we were kids in the 80’s- none of this glued to a TV playing video games nonsense, we were all out on our bikes and generally living the life Will Wheaton and his mates were in Stand By Me. The problem is, we weren’t. Plenty of kids were playing on their Commodore 64’s, Spectrums, Nintendos and Ataris. Sure, plenty weren’t but it wasn’t some sort of tech free utopia, the image given is not of reality but a simulated version of it we can all remember, despite it never happening.

As the blogosphere (I went there, I used that word!) has matured from the original notion of a blog (itself a contraction of the word weblog, an online journal) as a simple record of an individuals thoughts and opinions at a given time, into something more curated, more branded, and more intent in giving a specific message, we increasingly see that bloggers and bloggers have left reality behind and have fully embraced the hyperreal.

10 years ago (heck maybe even 5 years ago), I might read a blog where a parent recounted an horrific mishap involving, vomit, the postman and a runny nappy. It would have been excruciating and hilariously well told and honest. Today I can read a post about  vomit, the postman and a runny nappy, aware that it’s part of a curated persona by the blogger to put her audience at ease and offset any resentment her success might have created, as well as being an intentional real life piece to keep the blog relevant and not just wall to wall reviews and paid advertorial.

Likewise I can read a food bloggers truly wonderful recipes, accompanied by great photography, in a lush setting, knowing that the preceding weekend I saw them shovelling all you can eat from the LEGOland Windsor buffet. I can read some of the crafty stuff eponymous craft bloggers get up to, housed on their blog that seemingly captures a life of idyllic craft charm from a bygone age, knowing that their kids play videogames for five hours a day.

I’m not so much interested in whether it’s duplicitous (“you only blog about the good things” is a common complaint) because to some degree or other, we all filter what we do and don’t blog about. I’m more interested in the conscious move away from a (semi) accurate portrayal of life towards the portrayal of a simulacrum of real life, built around the perceived ideals of what people should be doing.

The large motivator in this, as in most things in life, is money. Swearing, revealing you drug your kids to they go to sleep when you’ve had enough*, or just generally being an arsehole might be common enough to do on Facebook but they go against the brand values that most PR agencies look for when they want to place content or send our influencer goody bags or products. If you’re curious what I think of influencer marketing, you can have a look on my companion blog here.

Blogging success is now measured in how much stuff you get and how much you are paid, not how well you write or how honest you are. Blogging conferences aren’t so much about the opportunity to meet up with other bloggers now, they’re focused on maximising your Pinterest exposure, gaining followers, pitching to brands, making sure you get paid the right amount for your work, and blah blah blah. Content curation is more important than content creation.

Of course it’s not all bad. Blogging has lead me to meet some great people. Regardless of how their blog has evolved, they’re mostly still the people I knew and liked, and if it means I don’t really read their blog any more but instead chat to them on FB (the place where I can find out about their family and personal stuff now it’s not on their blog) then all well and good.

If you’ve read through this, thanks for making it to the end. If you’ve read through all this and think, he might be right but at least that’s not me, I’m rooted in reality, ask yourself if you’ve ever had that thought, or said to your partner, “You know, this would make a great blog post”…

* This was actually a discussion I read in a parenting Facebook group once. I was gobsmacked. I’m not a member of that group any more.