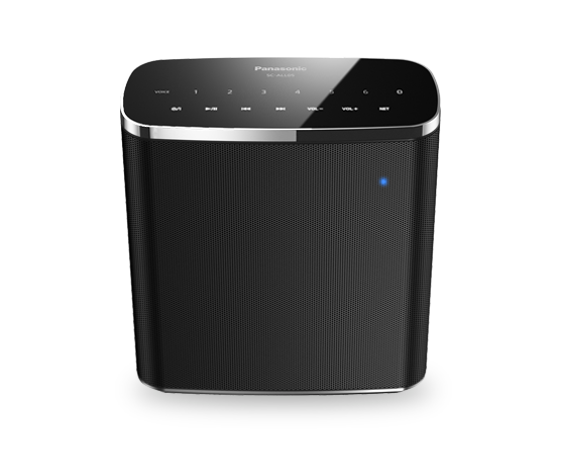 Panasonic have introduced a range of wireless speakers, ranging from the ALL05, through to the ALL09 and the swanky ALL7CD that has a built in CD player. There are tons of BlueTooth speakers out there but the ALL05 is a little different. It also has WiFi and that makes it a rather different beast- you don’t have to even be at home or in the same room to use it. Think SONOS without the inherent limitations of the closed app environment and you’d be closer to the mark, although the companion APP does work in a similar way to the SONOS APP, it does allow for direct play from Spotify as a “connected device”.

Panasonic offered to give me a long term loan of three of the All Play range to test them out properly. I find it important to use stuff day to day if I’m going to obtain an honest opinion of it, and I think is generally what people want, something that is evident if you look at the practical comments that punters put on professional review sites.

Although we’re into winter now, we still have a few outdoor activities to test the ALL05 out in, starting with our Halloween BBQ. For a while we’ve used a JBL Soundfly for music in the garden but that’s only possible since the summer house has electricity (the Soundfly plugs into a wall socket directly and is a simple but effective Bluetooth speaker, great for taking on holidays but a bit weedy for the garden), so this was a great chance to stick the Panasonic ALL05 on the water butt, on battery power, and play some spooky music.

Thanks to our new Orbi WiFi system, I was able to get perfect WiFi coverage at the end of the garden, so we were able to stream from Spotify without any issues. We used the ALL05 in WiFi mode too, rather than connecting to it as a “dumb” BT speaker. With a power output of 20W, the ALL05 packs a lot of oompf into it’s little chassis. If you want maximum volume a lot, you may be better off moving up the range to the ALL06 (40W) or the ALL09 (80W), the obvious trade off being that neither have either a battery or waterproofing, making them less suitable for parties but you’ll avoid the slight distortion you get with the ALL05 at full volume. For the purpose of a party though, given that both our neighbours also have kids, the 20W ALL05 was perfect. If you can imagine 6 kids playing musical statues to Ray Parker Jnr’s Ghostbusters, in the dark, that might give you an idea of the sort of fun we had. We still had plenty of battery left at the end of the night, even at the volume we had the ALL05 playing at for the majority of the evening.

We had a great party but obviously since it was Halloween, it was dark and I’ve no pictures to share with you. To make up for this, I sent Fifi out in the torrential rain with Garbage’s I’m Only Happy When it Rains playing on the ALL05- you can hear the wind gusting towards the end of the video which proves it’s a live recording and I haven’t simply over-dubbed the audio. It’s a great clear crisp sound, even when the device is being held by a wet 7 year old.

Panasonic ALL05 from daddacool on Vimeo.

The app will look immediately familiar to anyone who has used any Panasonic app, unlike a lot of apps, there is plenty of white and blue in the colour scheme, which is distinctive. It’s easy to set up ALL05 devices from the app, and manage music libraries. A few years ago we ripped our 500+ CDs which are now resident in the loft, and using the companion app I was able to scroll through the list quickly with no discernible lag to pick the few albums we wanted to play that weren’t on Spotify. As I mentioned before, you can connect directly from Spotify to any of the All Play devices but if you do, you miss out on the multiroom functionality. 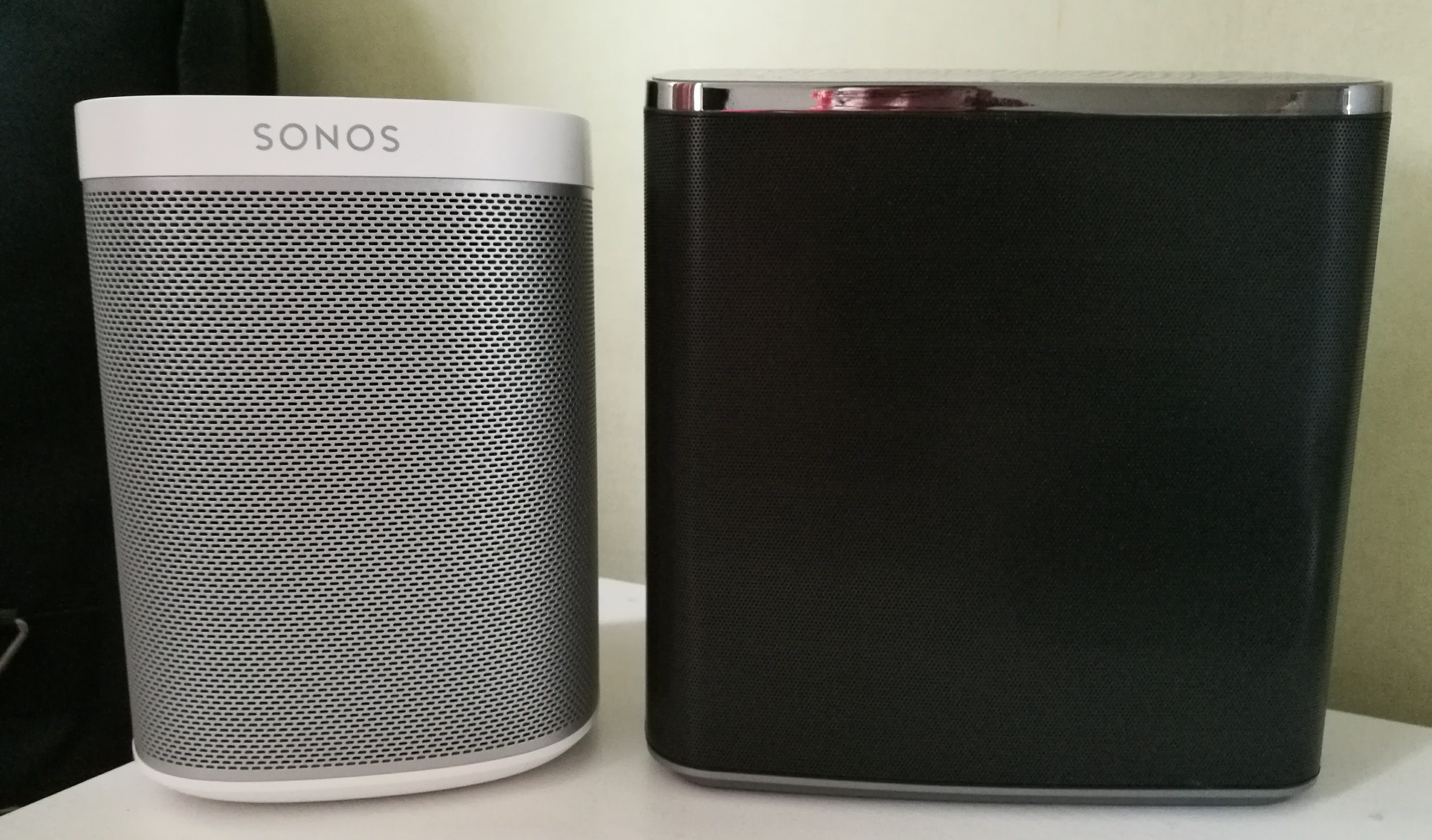 So I suppose the big question is how does it compare to something like the SONOS Play 1? I’m not going to compare it directly to a “dumb” BT speaker because that’s not really like for like- you can get more in terms of sound at the same price if you’re willing to forgo networking, waterproofing and all the smart features.

In terms of aesthetics, the ALL05 more than holds it’s own against the Play 1. You can get the ALL05 in white should you wish, but here we have ebony and ivory living together in harmony. You can see they’re roughly the same height but the ALL05 is a little wider, no doubt to accommodate the battery without compromising the sound.

The Play 1 is around £30 cheaper than the ALL05 at £170 against £199 but that extra 30 quid gets you quite a lot more in terms of features- waterproofing, a 9 hour battery, and a more flexible app. SONOS don’t give power ratings for their devices but after running the ALL05 for perhaps 100 hours or so now, the sound has mellowed and warmed to a point where it’s at least as good as the Play 1. The Play 1 has now been relegated to our daughters room so she can listen to pop music and I’m happy to have installed the ALL05 in our bedroom for the immediate future.

I must admit I found myself using Spotify Connect more than the native app but that’s probably because we tend to use our Spotfiy subscription more than online radio or our CD rips. Either way, this is a great little streaming speaker that works well in normal use but really comes into it’s own at a party or in any sort of challenging environment. If you’re looking at a music streamer and your default thought is “SONOS”, you should definitely audition the ALL05 before making the plunge, you may come to regret it.