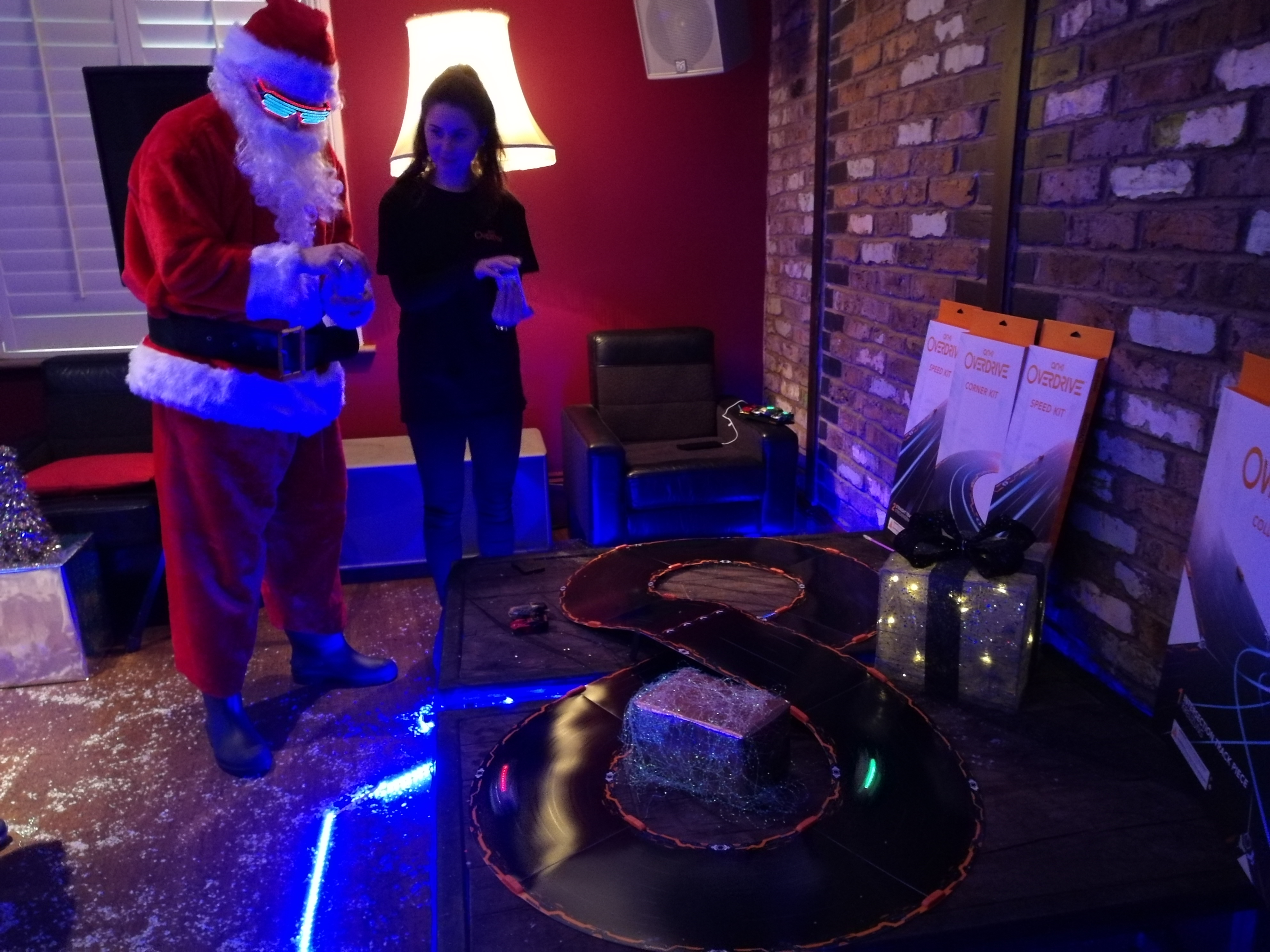 This time last year we were lucky enough to review the Anki Overdrive starter kit. If you’ve not heard of Anki Overdrive, it’s basically the technological evolution of the slot car racers you’d have had as a kid. Basically with Anki Overdrive, there are no slots, and the cars the star. The cars have all sorts of clever sensors in them and connect wireless to your phone/tablet/iPod. They can change lane, accelerate, and even “shoot” each other to temporarily disable other cars. It’s so much fun, and it is proper “all the family” fun too, as even our 4 year old can play it. 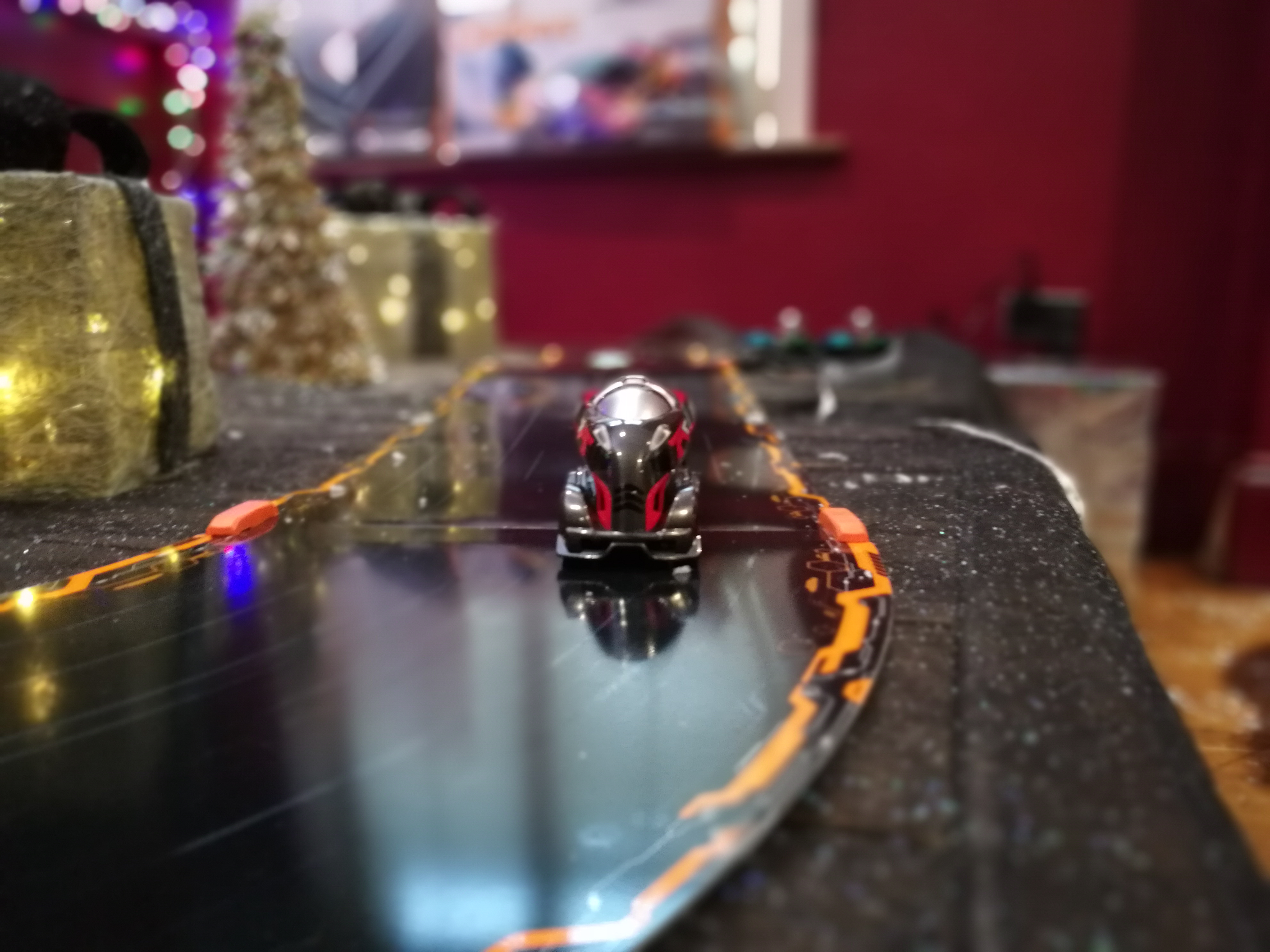 On Sunday we popped along to the Anki Overdrive Christmas party, a showcase for the new trucks that are available and the game itself.

One of the things I like about Anki Overdrive is the track itself is “dumb”. Yes, it clips together, yes it has markings that allow the clever cars (and trucks) to map it but essentially it is just there for the cars to race on. Unlike traditional slot racers, you won’t find yourself going round with a piece of emery paper making sure all the connections are good because there aren’t any. Although the starter pack has plenty of track in it, you can always add to it with expansion packs too. 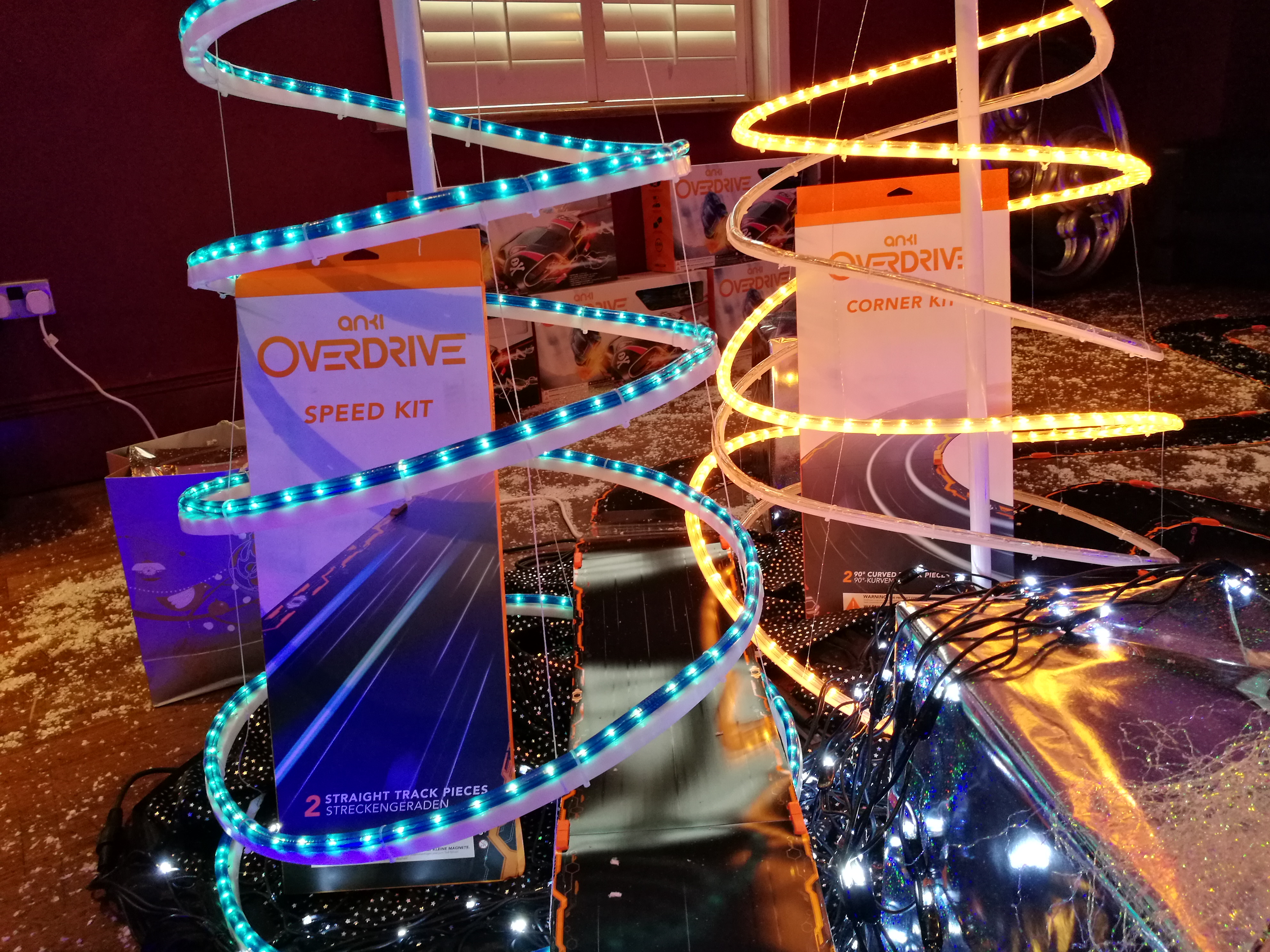 I know that loads of people will be looking at board games or updated variants on them for a bit of family fun at Christmas but if you spend a bit more (the starter kit is £135 on Amazon at the moment) you’ll get something that everyone in the family can play at Christmas, from the 4 year olds up to the grandparents, and will carry on playing throughout the year. Isn’t that better than the traditional game of Monopoly where the first person out sits and sobs for three hours as everyone else carries on?