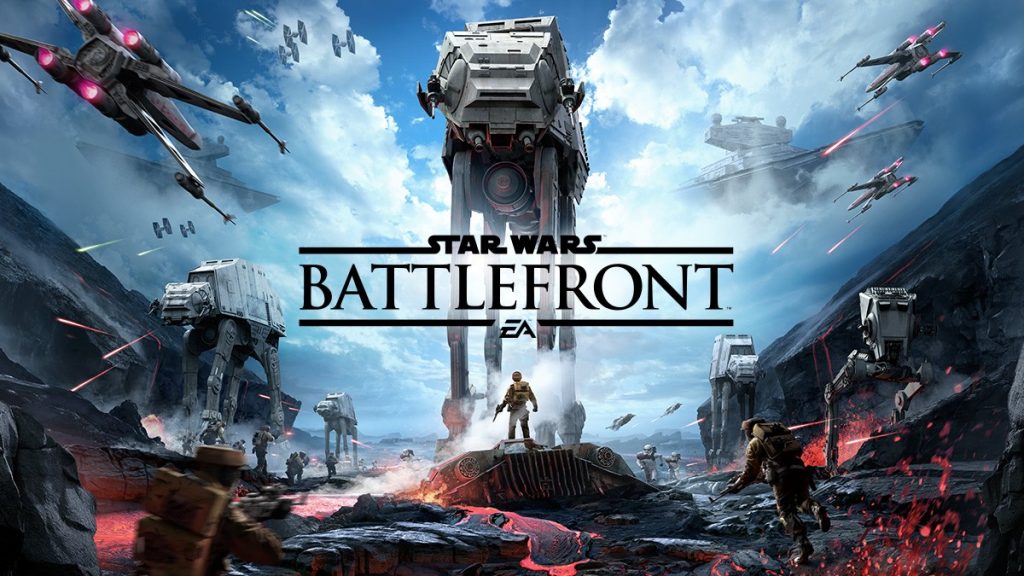 I was twiddling around in Star Wars Battlefront the other day. Twiddling around in is about all I tend to have time for at the moment when it comes to games. I’ve never really played first person shooters on consoles but not for the reason you might expect. Many many years ago, I was quite good at shooters. We’re going back to the days of Doom and Wolfenstein, through to Unreal Tournament and Quake 3 here. All on PC, using a dial up modem.

It’s not that I don’t like playing shooters, it’s more that I can’t face the chore of learning to play shooters with a joypad when I used to be so good at them with a mouse and keyboard.

W,A,S,D: forwards, left, backwards, right. Mouse-look, and some key bindings for weapons. That’s how you should play a FirstPersonShooter. A brief experiment with Halo a number of years ago revealed my worst fears- I was shocking with a controller.

Still, Star Wars Battlefront is STAR WARS, and it was £11.99 on the Playstation Store (and the same on the Xbox store, I might have purchased both- whoops), so I thought I would have a tootle around in it.

The big shame with Star Wars Battlefront is it’s basically a multiplayer game, there is no single player story mode (they tend to call these campaigns now), which is, however you look at it, a criminal waste of a great license and superb graphics engine. Still, unlike a lot of games, it does have a split screen multiplayer local mode, so after a couple of practice runs, I thought I’d challenge the boy to a game.

This was my first mistake.

I had to be on the Imperial side because the boy wanted to use Han Solo’s blaster. The vs mode isn’t a straight “shoot the opposition” game, you have to collect the tokens that they drop after they’ve been shot and it’s the first team to collect 100 tokens that wins.

I led briefly in the second game, then lost 100 points to 34. It wasn’t that I was failing to get kills, I actually made more than he did this time round but I failed to collect most of the tokens before getting shot myself. On the other hand, he seemed to hoover them all up like there was no tomorrow. As far as I can tell in local multiplayer, the console/AI team mates you have don’t collect the tokens, they all have to be collected by the player and I was as astonishingly bad at this as the boy was astonishingly good.

I paid a bit more attention to what was going on in the third game and realised what he was doing. He was positioning himself in a niche in the underground caves on the Hoth level, letting my squad and his effectively obliterate each other, then stepping out to mop up survivors and harvest all the tokens. This is a level of tactics and cunning that I never expected.

I never stood a bloody chance.

My second mistake was not reading the in game instructions properly.

It was only last night after they all went to bed that I went into the settings and read through the instructions. It turns out there is a run command (push/click down the left stick and you run), which I didn’t know about. That explains how he was able to consistently run behind me with his squad after I sussed his tunnel ambush approach. How he knew is beyond me but he obviously wasn’t going to give any tactical advantage away.

I have no option now but to practice every night after the kids have gone to bed until I’m good enough to not be utterly humiliated. I blame Overwatch; he’s played that to death and it’s obviously honed his shooter skills. I’ve worked out I need to play from 9pm to around 3am for the next three weeks to get around 60 hours experience, which should be enough to hold my own.