Born slap bang in the middle of the 1970’s, my first bikes were all very much hand me downs from my older cousins and nothing particularly noteworthy. It being the late 70’s, they were pretty much twice my weight and if I’m being generous made out of steel, if I’m not, cast iron recycled British Leyand Princess’s. My first new bike was an early mark II Rayleigh Grifter and it was magnificent. It had three gears, blue, green and red, operated via a gripshift that meant you could pretend you had a motorbike (with the prerequiste playing card stuck to the frame of course). It was almost impossible to lift it through the gates at either end of the New River footpath because like I said, bikes back then weighed many many tons.

While my Grifter doesn’t appear on the Halford Bikes Through the Decades infographic you can see below, it’s main nemesis the Chopper does. The Chopper was the bike that the cool kids in our class had- the ones who were reading the Dempsey & Makepeace books and pointing out the swearwords to everyone else- but it wasn’t practical enough for my dad to agree with, so I got a Grifter and my brother got the junior version, the Strika. 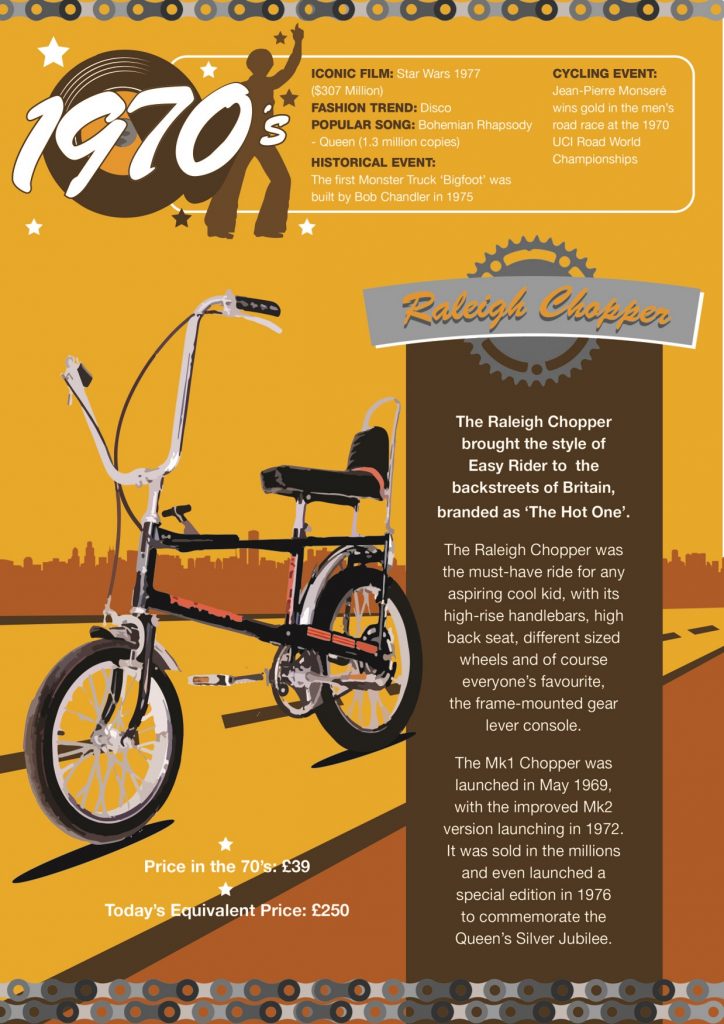 Reading about the Chopper now, it’s mad see it’s the bike that saved Rayleigh but at the same time was a bit rubbish to ride- unstable at high speed and prone to steering issues, it wouldn’t have done me any good as I liked to bomb it along at 100mph and skid the back wheel out dramatically. I think this might have killed me on a Chopper.

I have to admit the Cruiser is looking very much like something you’d see in Call the Midwife, and my bike after my Grifter was actually a similar vintage to this. My grandfather had recently passed away and my dad gave me his old bike, which had huge thin wheels, allowing me to go far far too fast. When I got rid of that bike and got a mountain bike, my dad actually sold it to a historical props company, so for all I know it might have actually been ridden by the policeman in Call the Midwife! 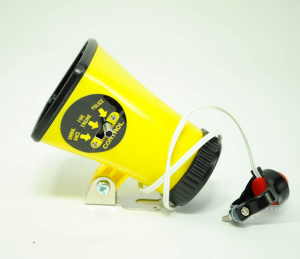 I was probably a bit too old for the Vektar in the 80’s, which is just as well because although I really looked after my bikes I can’t imagine the amount of off road on footpaths and so on that I did would have been good for the “computer” that was onboard. What I did have wired to my Grifters handlebars was one of those Police/Fire/Ambulance sirens. Because I wasn’t cool enough to have a Chopper and that was the next best thing!

All three of our kids can ride a bike without stabilisers now, even Ned, who’s just turned 5. Cycling is such a great form of exercise, and it gives your body a work out in terms of balance and coordination too. The way kids grow, we’re always having to look at new kids bikes. It was a great form of independence for me when I was younger too- I remember in 1989 hopping on my bike and doing a 16 mile round trip to buy Sonic the Hedgehog on the Megadrive. In fact I had to do it twice as I got to the shop and released I had left my bike lock at home. Whoever said videogames aren’t good for you eh?