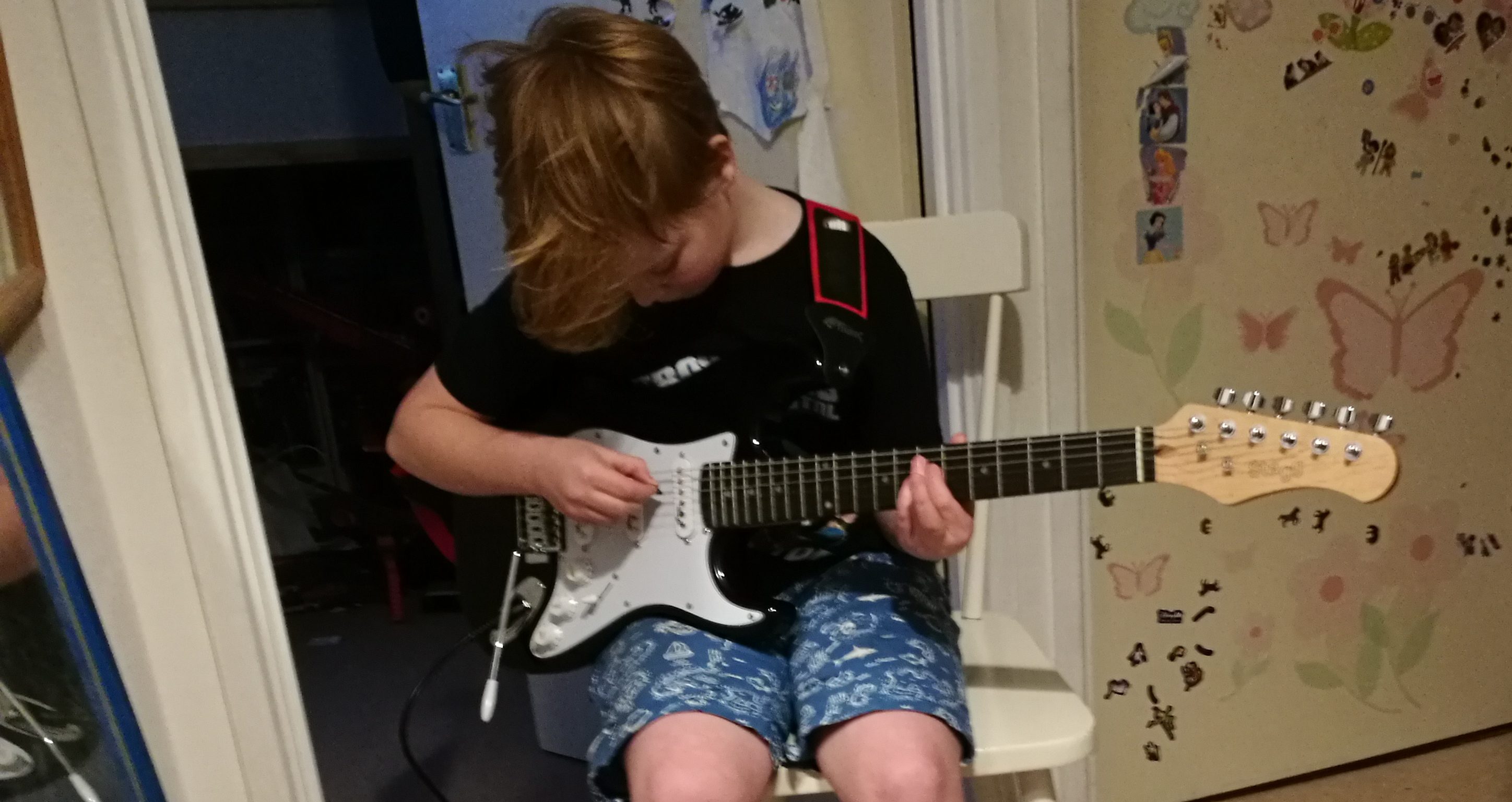 The eldest has been learning the guitar for a little over a term now. The waiting list for classical guitar was enormous but the teachers at the music school were falling over themselves to teach someone electric guitar, so his wait was minimal if not quite nonexistent.

At Christmas his grandparents kindly bought him a 3/4 sized guitar as my full size (and mostly unused) one was a little too wide in the neck department for him. He started off learning how to read guitar tab and then moved on to learning a few riffs. The addition of the 3/4 sized guitar was a revelation for me, as I was able to manage the main riff from 7 Nation Army without moving any fingers myself!

He’s now on to the Debut Rock School book, which he should manage fairly well (he scored 96% on the drumming Debut exam) but joy of joys, he actually asked Ian, his guitar teacher, for the guitar tab for Fleetwood Mac’s The Chain last week! Well, I say The Chain, he obviously wanted the Dun, der der dun der der dun dun dun bit that marks the start of what the BBC have used for years for the Formula One, but still, since he doesn’t watch Motorsport, it’s safe to say that incessantly playing my favourite music in the car and the sitting room has had an effect.

Of course the bit he wants to learn is actually a base line and his guitar has 6 strings and not 4 but I don’t doubt the bass is lurking somewhere in the future for him. In many ways it would have been a more natural instrument to learn in addition to the drums, making him a one man rhythm section going forwards but there you go, electric guitar it is at the moment.

I’ve been running through some of my favourite tracks, trying to pick the ones that have really great/distinctive rhythms and playing them to him. Some he likes, some he can’t stand but that I suppose is the point of music!