When I was younger and driving was less about transporting three children about without any of them being sick or needing to go to the toilet, things were a lot more fun and I often used to go out for a drive just for the fun of it. Although it took me unti my third car to get to something resembling a hot hatch (okay, it was a warm hatch, even then in 2000- a Seat Ibiza sport with a 100BHP under the bright yellow bonnet), I sill managed to have some epic fun in my first car.

C207 VCT- they say you always remember the registration of your first car and I certainly do. It was a one litre Vauxhall Nova that had 77,000 miles on the clock when I got it (when I traded it in, I was up to 119,000 and would have kept it but I was driving 70 miles a day and the ignition had just caught fire). It had a manual choke too. Most people today won’t have experienced one of those and many of us that did have probably forgotten all about them! 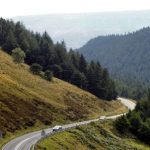 We went on adventures though, my Nova and I. Perhaps the most epic one involved me and three mates driving from Lancaster university over into the Yorkshire Dales for a night sleeping under the stars. The trip was epic for a number of reasons, 50BHP in an ageing car and four lads over 6ft made for some exciting hills. In fact we needed a good run up for most of them and when we didn’t, notably at Snake Pass, I actually had to make the passengers get out while I drove up! Cars lose power with age and I’m guessing mine was somewhere in the low 40s BHP when we attempted all this.

Still, we slept in our sleeping bags at the side of a single track road that was more grass than road, enjoying the dog days of the university summer term. It was beautiful and serene up there, the tranquiity only being interrupted by Matt’s terrible puns and Dave’s snoring.

Driving a small light car around stunning country roads is exciting and whilst it might not offer the exact same thrills as driving a Jaguar F-Type like the Top Gear lads might, it’s still good fun, and eminently within the reach of younger drivers, especially given you could check out something like the young driver insurance from RAC. 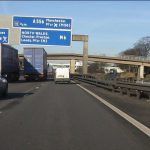 The other most memorable trip in my Nova was memorable for perhaps the wrong reasons. You have to bear in mind I did this before the days of satnav and I hadn’t done a great deal of distance driving. Five of us were in the Nova heading from Lancaster to south Wales for a long weekend with one of the university societies. We passed the sign on the M6 for North Wales and I thought, “Not us, we want south Wales!”. Yes, I didn’t realise that the M6/M1 swung in easterly, and by the time I did we were almost at Northampton. We got to the backpackers lodge about 5 hours later than everyone else, having driven about 3 times the distance. Oddly enough the girls I’d given a lift down to both made alternative arrangements for the return trip! That is the sort of mistake you only make once though!