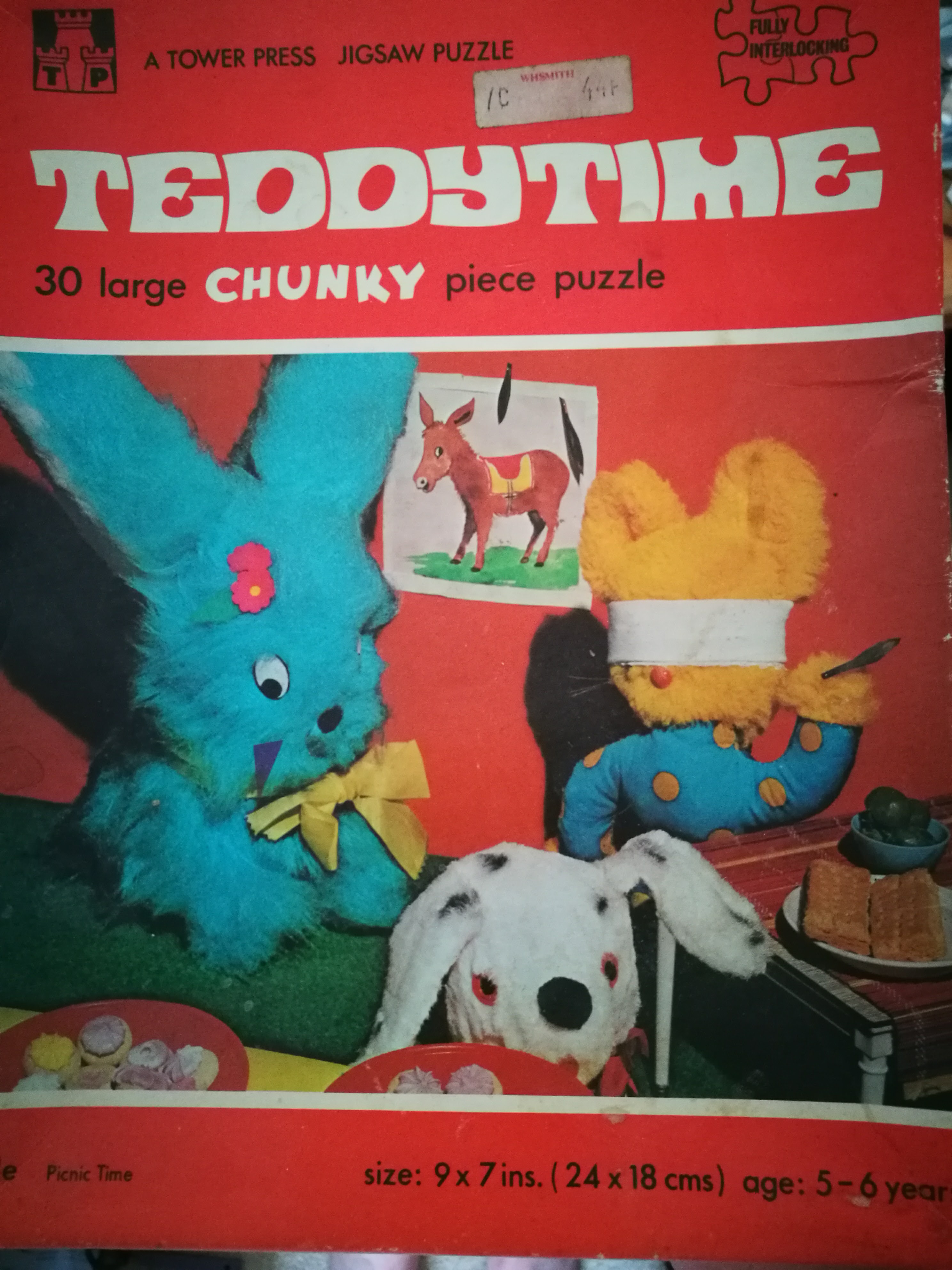 I wasn’t even aware this jigsaw belonged to “me” when we were sorting out some stuff in the loft the other day. Is it me or were the 1970’s just a bit crazy?

Somewhere, someone set up a load of highly flammable (and possibly homemade) soft toys in a pin the tail on the donkey scene, resplendent with party food and more than a little essence of childhood nightmare.

Our kids have plenty of jigsaw puzzles, ranging from the two piece ones that are more about building hand/eye coordination in babies to the 100 piece sets with landscapes or their favourite characters on them. I’ve rummaged through the play room in some detail (I moved it all last weekend) and can confirm it totally lacks sinister cuddlies. I can only imagine this sort of thing was what we were all terrified of before Stephen King wrote It and released it in 1986- after that clowns were the freaky scare de jour. Before that? Creepy jigsaw puzzles.

There is something endearingly 70’s low rent about it all. Now it would simply be a cheaply drawn cartoon picture of some animals or a Disney/Marvel knock off. Back then though, as I said above, somebody actually went to the trouble of setting up a diorama and photographing it, getting the film developed and picking the most pleasing shot. What was running through the designers head when he looked through the 24 exposures that came back from Boots?

My kids all looked at it and turned their noses up. Ned turned the box upside down so the blue bunny wasn’t looking at him; it freaked him out slightly and I don’t blame him one bit.

Tower Press were apparently a purveyor of high quality jigsaw puzzles. Or at least that’s what a quick bit of research on google tells me. Perhaps this one fell through the quality control net!