The bank holiday weekend saw us busier than I can remember us being over a three day period. It certainly wasn’t a holiday as we worked our way through a fairly major reorganisation of our garage conversion.

When we had the garage converted about 7(?) years ago, we had it made in to three rooms- a play room which lead to a utility room, on to the old extension on the back of the garage which was our library. This didn’t really work as the library, right at the end of the house, became a dumping ground for stuff that didn’t have a home, and the playroom, effectively a corridor, wasn’t the most conducive place for kids to play.

So with a bit of jigging around, we now have an end room that’s better as a play/games room, and our library in the “corridor”. Not that it being a corridor is an issue, because I happen to think it looks pretty good: 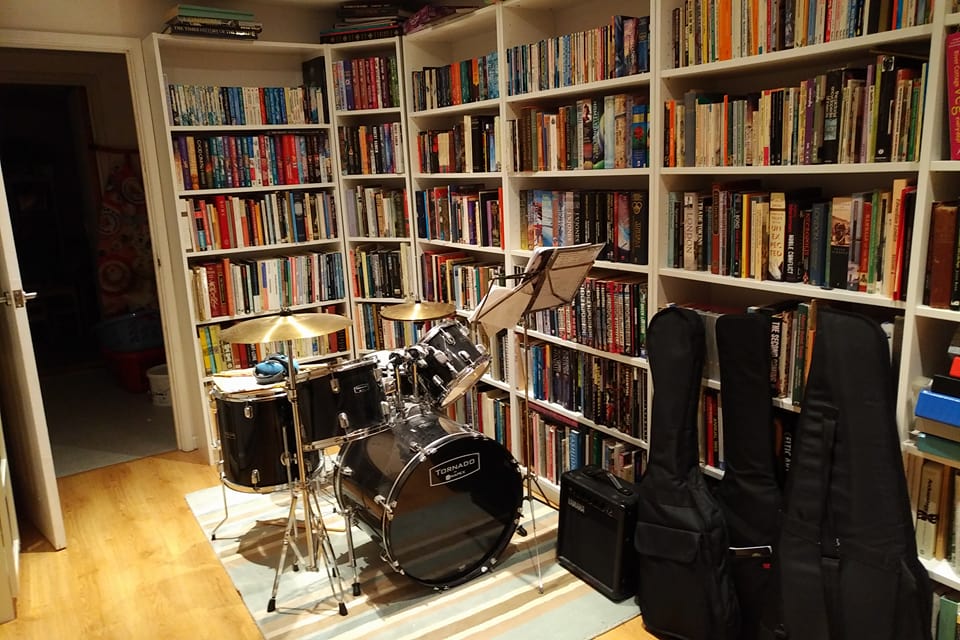 It’s amazing what five and a half IKEA Billy bookcases can do for a room. To be honest they were a bit of an indulgence as we had some in the old room but they were in a couple of instances about 14 years old and were getting a bit tatty. One or two of the shelves were excessively bowed from having triple stacked books on them, so I felt it was time to replace them. Fair thee well trusted Billys! It was interesting to see how the design has changed over the years. That is actually a lie, it’s not that interesting.

Anyway, I’m looking forward to the kids wrecking everything- I took plenty of pictures before they trashed it all…