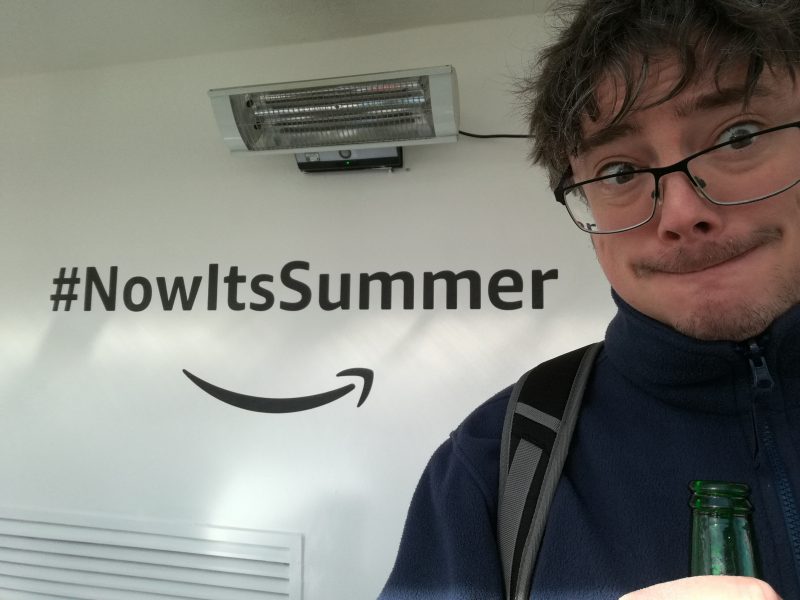 This school summer holiday is a bit of a landmark one in the ‘Cool household. The littlest is finishing reception and moving into year 1 and the eldest is finishing year 5 and will be starting his last year of primary school. Terrifying.

It’s also the first year that we’ll have faced the summer holidays as two full time working parents. Of course when we booked our summer holidays back last autumn, this wasn’t the case, I was working full time while my wife was on a 22 hour a week part time contract. This was loaded into two very long days, with a couple of hours on Friday morning as a top up as necessary. It meant that between us, a few days of annual leave and some grand parent involvement covered most of last years summer holidays. This year is decidedly different though.

My wife was presented with a full time opportunity that was too good to turn down though, so now we’re heading into a summer holiday with two weeks away booked, and a lot of childcare to cover.

We’ve pretty much done it (I think!) with a variety of kids activity clubs, some holiday and some grand parents but part of us thinks we’re doing the kids a disservice by palming them off into football club or whatever. The other part of me thinks it’s less opportunity to sit around playing on the iPad and watching telly and shouting at each other, so sod ’em.

Somebody asked the other day if, as bloggers, we’re spoiling our children because of the opportunities that often times come our way. While it’s true that our kids have definitely had more stuff than they would have otherwise, they seem to spend most of their time scrumming on the floor or kicking lumps out of each other, so in terms of material possession I don’t think it’s affected our lot too much. In terms of experiences though- whether it’s going to a theme park without having to save for a month for the tickets and queue jump passes, or going to film premieres where the director and stars stand at the front and tell you all about it, the kids have definitely been spoiled. They don’t know any different though. I’d struggle to justify spending £140 on tickets to an attraction for a much inferior experience than I had for free the year before. On the other hand though, I’d never have considered taking the kids to Butlins but as a result of a free trip there, we’re semi regulars now, and their science week last year was genuinely one of the best things we’ve ever done with our kids.

So, coming back to the point, I don’t think our kids are going to be that hard done by with a few kids clubs this summer. And I say that as we’re packing for Nozstock this weekend…