For my first foray into the Board Game Club, we’ve been playing Ticket to Ride Europe. This is a sequel to Ticket to Ride, which I hadn’t heard of either. Part of the reason I took up the offer to join the board game club was my board gaming sort of exists in a 1980’s milieu of Monopoly, Cluedo and Risk. And, if I’m going to be brutally honest, a few MB kids games like Frustration and Ludo. I’ve not moved on and as we’re trying to cut down on the amount of telly we watch, it seemed like a great idea.

Ticket to Ride impresses from the off- it’s a very sturdy (and heavy) box, and the board itself is enormous, taking up a large chunk of the table. 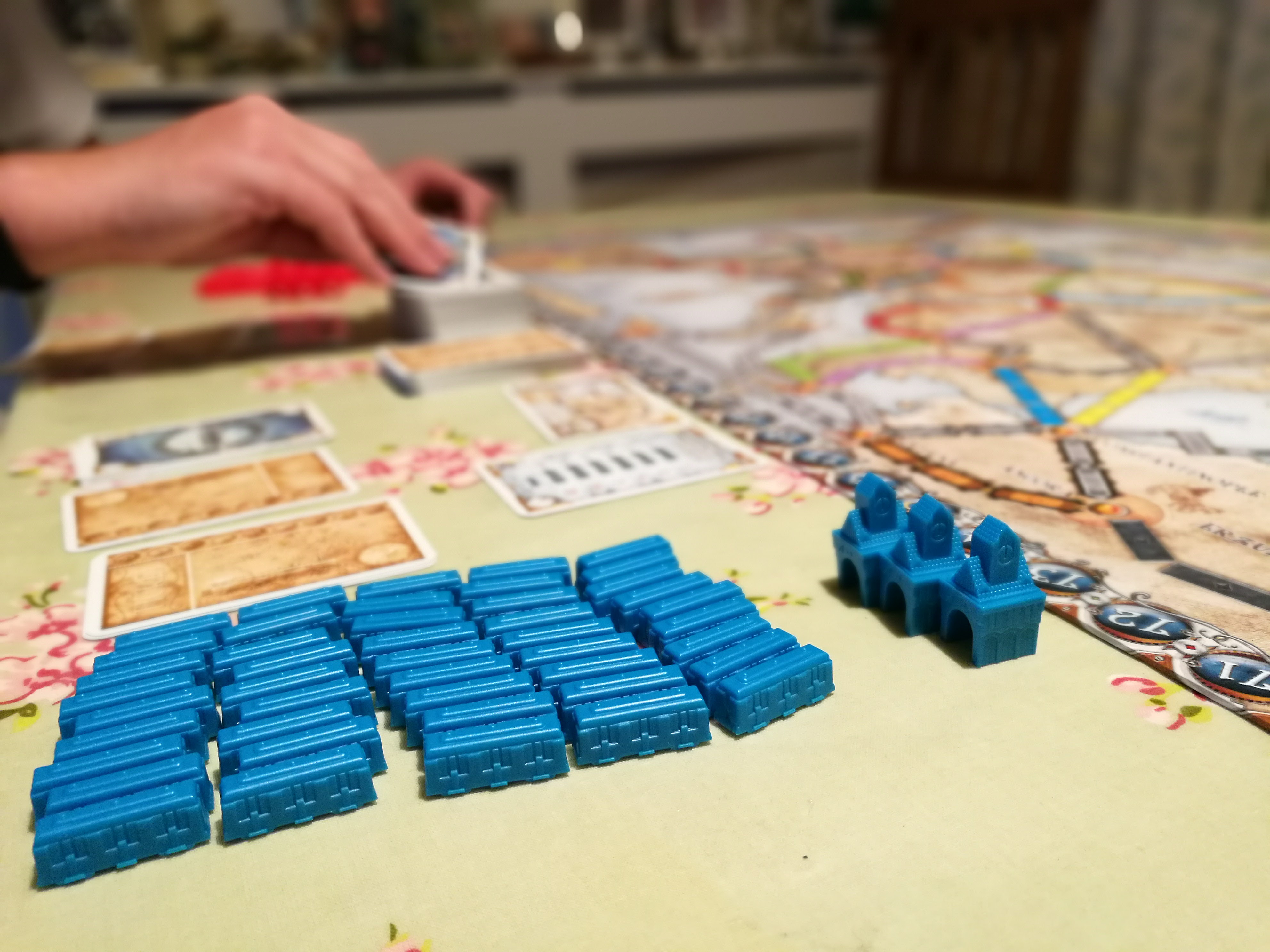 Setting up the game involves giving each player 45(!!!) train carriages, some stations and cards. There are a few nice touches with regard to the pieces; the carriages are made from a “nice” plastic, and I didn’t have to pop them out of a sheet or anything (a bugbear of the more recent kids games I’ve played). There is also a little bag with a couple of spares for each of the players in case any get lost. These are nice little touches which add to the impression of quality.

For those of you, like me, who haven’t played any of the Ticket to Ride series before, you play the game something like this:

Players choose tickets that show 2 cities that they need to connect with train routes. On their turn, players can take one of three actions:

It sounds a lot more complicated than it is- I think the biggest problem I had during our time playing it was lining up my 40 odd carriages in an aesthetically pleasing manner. For me, the biggest issue with any new board game is fathoming the rules out and with Ticket to Ride Europe it wasn’t too difficult to get stuck in playing.

Apparently Ticket To Ride has been around in various forms since 2004. Ticket to Ride Europe has been out since 2009, and refines some of the rules (ferries and tunnels have been introduced along with stations). It plays like a mature game that knows what it’s doing and it’s a great introduction to the Esdevium Blogger Board Game Club for us. The games we’re playing have and will be provided for free, based on a survey I did to give an indication of what we might like. So far so good!

Ticket to Ride Europe has an RRP of £37.99 but can typically be picked up for about a tenner less.