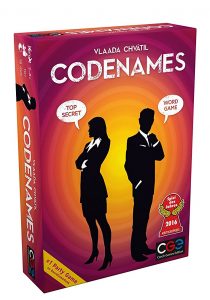 Codenames is a spy themed board game that the Board Game Club sent over for review. If I were pushed to describe it in one easy sentence, I’d say it’s a cross between Guess Who and something like Taboo, set in a world of spies and spymasters.

If that sounds intriguing, it is, and although initially it looked complicated to play, once we’d run through the rules once and had a dry run through of the game, it was actually really simple and, joy of joys, a game that you can play quickly, making it ideal for the quick game here and there when you’ve got a spare half an hour. The kids even enjoyed playing the 2 player version, which is co-operative, so there was no fighting over who “won”.

The game is designed to be played by 4 people as a minimum, so it’s something to pull out to play when you’ve got friends round (the 2 player version does work but it’s not as fun). You split into two teams, deal out 25 one word cards, nominate a spy master on each team, and set about trying to guess where your spies are.

How is this done? Well the spy master draws a card that shows a five by five grid, corresponding to the layout of the 25 cards that were put down. The cards that show where the agents are are rotatable, so you get 4 different layouts from each card, and a whole pack of them to boot, so you’re not really going to be able to memorise the layouts. 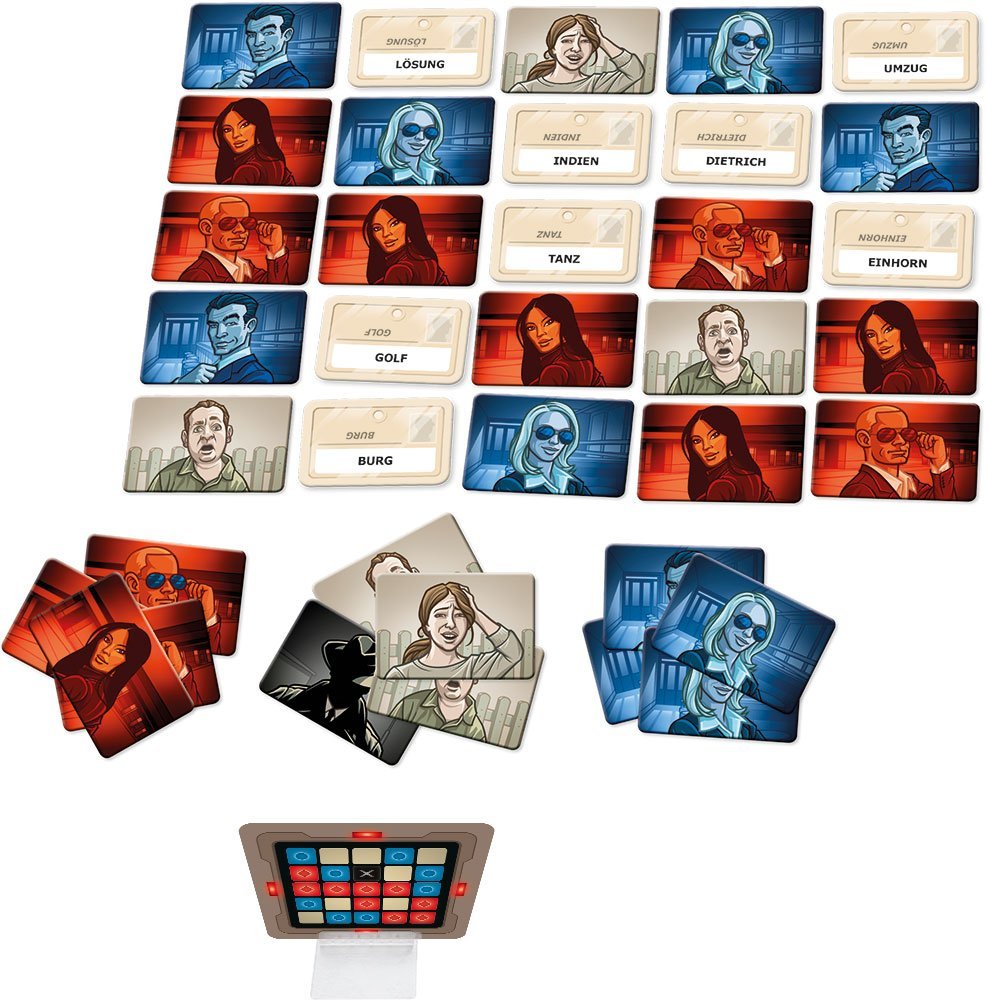 The spymaster gives out a one word clue, followed by a number, and his team have to guess which cards laid out in front of them correspond to the codenames of two agents. So for example, I might say, “Aquatic, 2”, intending to signal to my team that there are two words to do with the water. After conferring my team should answer “octopus and shark” for example. To make things more dramatic, there is an assassin card that if guessed by mistake automatically loses you the game.

Having only one word clues makes it so much harder, and really gets team mates heatedly discussing possibilities. The game is short enough that you can rattle off a few consecutive rounds to really get the competitive juices flowing too.