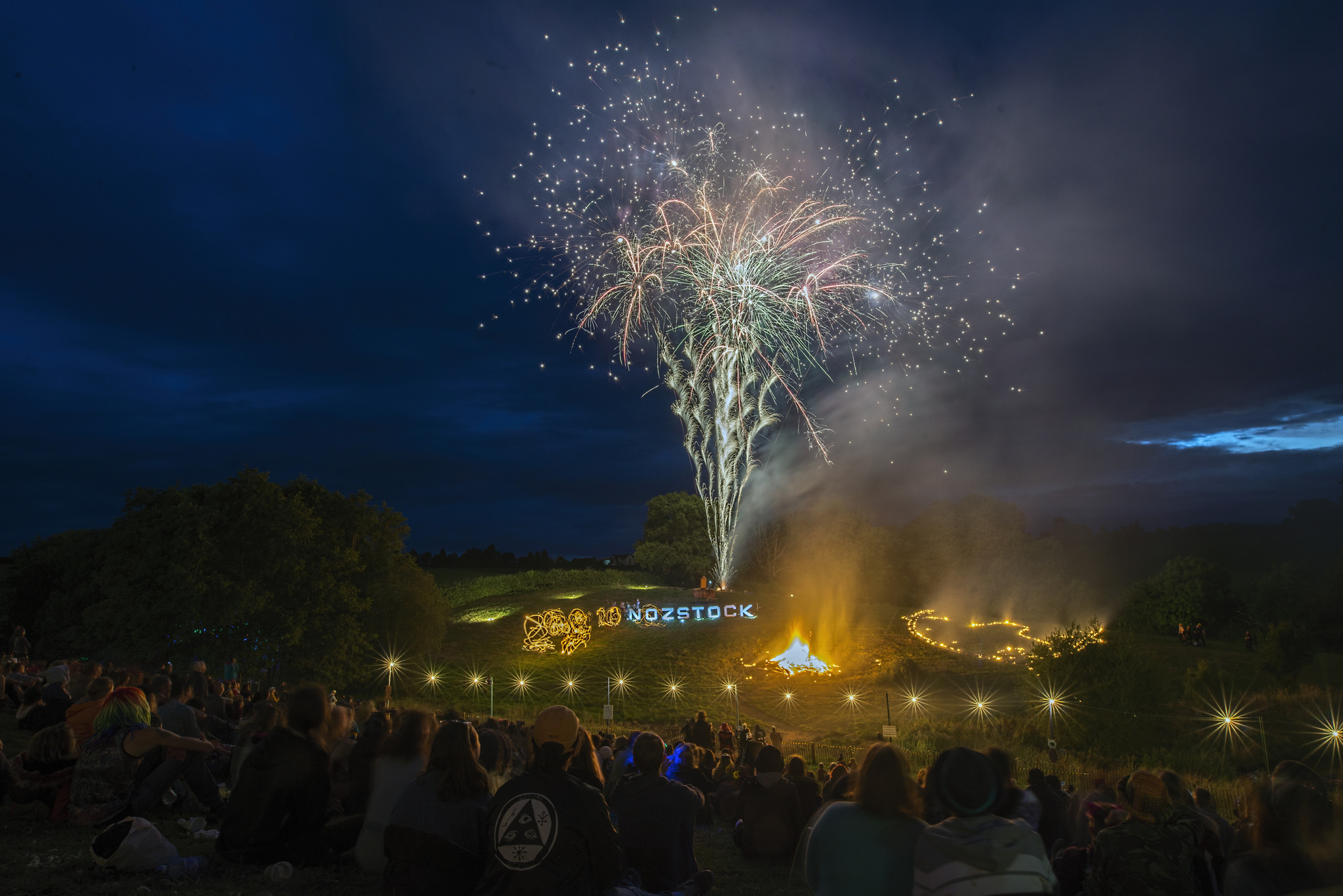 In 2018 Nozstock The Hidden Valley will reach its 20th anniversary, entering a small group of festivals who have reached two decades of creating magic each summer. Starting from very humble beginnings, that founding ethos remains part of the festival to the present, with Nozstock not only a genuine weekend of escapism and far from the madding crowds, but also one which has kept the same flourishing spirit; it’s a festival with abundant charm, lots of integrity and authenticity at every turn, as well as amazing fun across the beautiful site set on a working farm in Bromyard, attracting one of the country’s most wonderfully diverse audiences whether newbies coming for the very first time, or seasoned festival goers.

Reaching such an illustrious age really is an incredible feat in itself, and Nozstock’s efforts have again been rewarded this autumn with nominations in several key awards categories:

Ella Nosworthy, one of Nozstock’s founders, explains: “It’s pretty crazy for us all at the festival to contemplate our 20th anniversary next summer. We are not sure where the time has gone! My dad and all of the team here are really excited. Everyone is really hyped for the coming summer and we are making lots of plans now. We are of course really thrilled to be nominated for so many awards after this year – it’s lovely to be recognised by so many people. It’s also really spurring us on to make 2018 even better than this year, creating our finest year ever! It would of course be wonderful to win an award, and we are very humbled to have been nominated in these categories too.”

Set on a beautiful working farm in the heart of the Herefordshire countryside, the reassuringly welcoming and independent event has evolved from 50 friends gathered at the inaugural gathering and flourished into an intimate musical odyssey which now looks forward to its 20th anniversary. Joining the dots between pop, ska, folk, funk, soul, hip hop, indie, drum and bass, psytrance, house and a whole lot more, plus with interactive adventure and performance for big and small kids of all ages, Nozstock is a playground for everyone, from seasoned festival goers to newbies setting out for their very first time. The festival features a huge range of entertainment, activities and inspiration for families and kids, with games, pop-up performances, and workshops at every turn, and will be celebrating in fine style in July 2018.