As we begin the wind up towards Christmas, one of the things that has struck me this year, with our kids being that bit older, is how what they’d like for Christmas has switched.

We’ve bemoaned the fact that it increasingly seems that toys are being designed to look good in adverts rather than to actually be particularly playable with. The kids tend to ask for a load of plastic tat at Christmas that remains in a box from mid January onwards (until it eventually makes it’s way to the charity shop). It’s frustrating as it’s i) expensive and ii) fills the house up with tat.

This year it’s looking like it will be a bit different though. Last Saturday we headed off to the Playstation Family 2017 event in a trendy part of London. In amongst the multi platform games like FIFA 18 and LEGO Marvel Superheroes 2 (my most eagerly awaited game of the year!), they had a swathe of Playstation exclusive titles that the kids were glued to.

Yes, this year I think the kids might get some video games for Christmas. 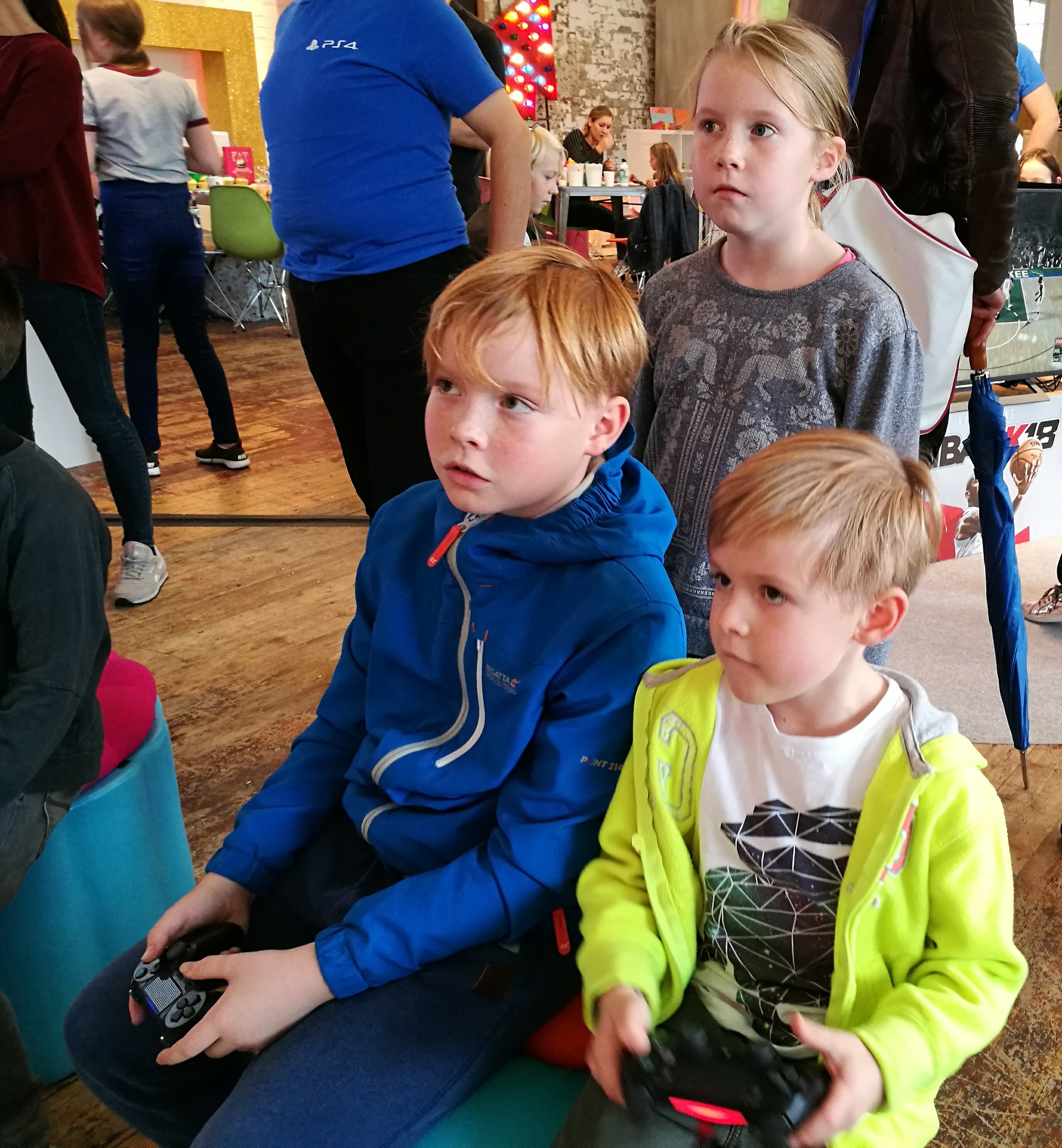 Of particular interest to Ned was Crash Bandicoot N.Sane, and although his reading is coming along nicely, Bandicoot is a bit long for him, so he refers to it as Crash Bang (it’s very cute). Crash’ is a remastering of one of the iconic Playstation platform game series of yesteryear, available at a nice price tag on the Playstation 4. It’s ideal for a quick blast, looks lovely and had our kids entranced…

…but not as much as Gran Turismo Sport did. We’re lucky enough to have a wheel and pedal set up at home, so racing games that support it, like Gran Turismo, are so much more immersive. I should put my hands up and say we hogged one of the PS4s rather too much as we all got a little competitive playing one of the tracks. The thing I like about GT is how the driver aids make it accessible for kids, even really young kids. It has brake assist and even steering assist too (all of which can be tweaked to various settings), which can level the playing field when you’re competing against each other.

Finally, amongst the other top games (there’s a sequel to Knack out, but we gave up queuing to get a go on it), the kids tried some of the new party games and ended up liking the Playlink title That’s You! a lot. Playlink allows you to use mobile phones/tablets (with an app) as controllers for party games:

Although all our kids are ninjas with a dual shock 4 controller, ensuring that we have 4 of them charged at any given point is always a challenge, so enabling alternative controller use for party games is a great idea.

Hopefully, review code pending, I’ll have a review up soon of the new LEGO Ninjago game, so keep your eyes pealed.