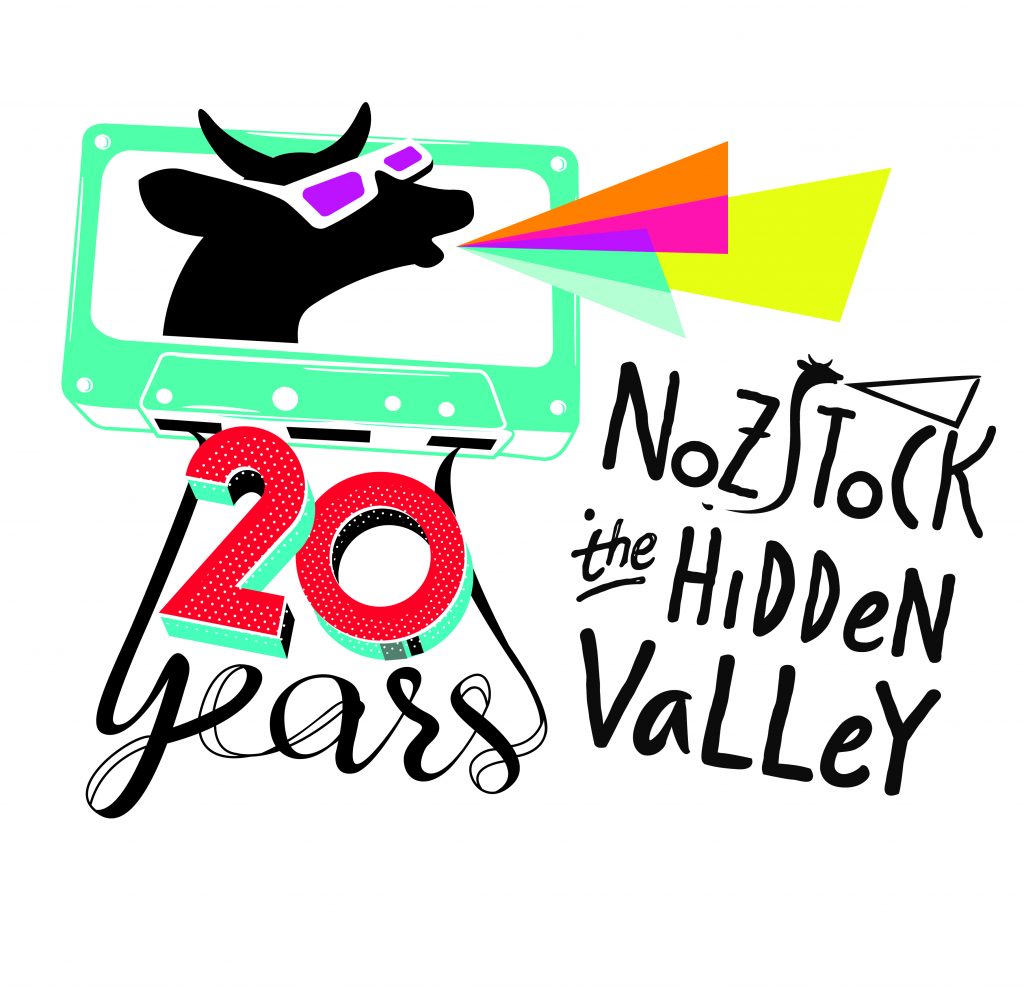 Nozstock: The Hidden Valley celebrates its 20 th anniversary this summer! 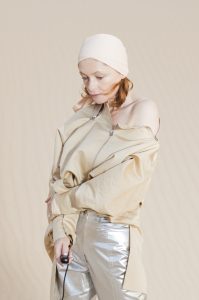 This summer Nozstock: The Hidden Valley celebrates its 20th anniversary, entering a small group of
festivals who have reached two decades of creating magic each summer. It’s a huge achievement for the
family-fun festival which is set across their working farm in the rolling hills of Herefordshire. It is an
event which has grown from a group of like-minded friends gathered together many years ago into a truly
mesmeric experience of wonder and enchantment for all the ages, including the return of the Little
Wonderland Kids’ Area – a huge family favourite.

Nozstock The Hidden Valley’s Little Wonderland Kids’ Area features a vibrant spectrum of children’s
entertainment for everyone to enjoy, which will be linked into this year’s theme of Nozstalgia. The festival
embraces a whole family festival experience from beginning to end, and this is a friendly welcoming
environment for both parents and little ones alike. All are welcome to get creative, be amazed by
wondrous stories, sculptures and entertainment, or roll their sleeves up for some physical fun. All events
and activities are free of charge in the Little Wonderland Kids’ Area across the whole weekend, as the
festival always strongly believes families shouldn’t foot the bill for festival fun. There’s even a bottle
warming service! 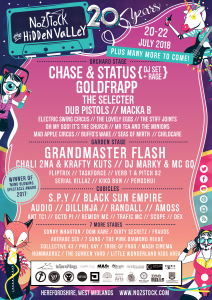 Ella Nosworthy, who runs Nozstock with her father, says: “No-one is more surprised than us that we’ve
made it to our 20th birthday! We’re planning our biggest show ever to make it a real celebration, and we’re sure that anyone who has been to the festival will not want to miss this summer! We’ve bought back
some of our favourite and most memorable artists from the past 20 years. Our Nozstalgia theme is
whatever you feel fond about from the past. There’s lots of inspiration to get really creative!”

The Nozstock team are incredibly proud to be revealing the first round of artists joining them for their
momentous birthday celebrations. As ever, it’s a kaleidoscopic mix of headline names, up and coming
talent and seasoned stars forming an incredible range of styles across the event’s ten intimate stages.
Headlining The Orchard, electronic floor fillers Chase & Status are one of the most successful acts
associated with drum and bass, with multi-platinum albums, numerous charting singles, and working with
the likes of Rihanna. Electronic pop duo Goldfrapp are an enchanting force, releasing iridescent,
intriguing pop since 1999 across 7 highly respected albums. The Selecter are a 2-Tone ska band featuring
a racially diverse and politically charged line-up, whilst over a 20-year career the Dub Pistols have
worked with heroes like The Specials and Madness. Electric Swing Circus is a 6-strong fusion of saucy
20s swing and stomping electro beats, and The Lovely Eggs are a lo-fi psychedelic punk rock band.
Next up are the The Stiff Joints, a 10-piece ska army with a raucous infusion of ska, punk and reggae,
and as Oh My God! It’s The Church encourage all sinners to join them, Mr Tea and The Minions
bring their gypsy flavoured ska and swing. Mad Apple Circus is an original blend of horn-fuelled styles
and Buffo’s Wake are gypsy punk lunatics with a taste for the macabre.

Over in The Garden, rap royalty Grandmaster Flash was a member of his ground-breaking hip-hop
group with the Furious Five and developed never heard before turntable techniques; he brings his
incredible party-rocking acumen to the stage. Speaking of legends, Chali 2na MC, painter and founding
member of hip-hop supergroup Jurassic 5 returns to The Garden alongside Krafty Kutz; the multi
award-winning DJ and undisputed King of Breaks. Nozstock fave DJ Marky has worked with Madonna,
and Fatboy Slim as well as releasing his own albums fusing drum and bass with full-tilt club beats and
laid-back house grooves, and hip-hop duo Taskforce bring street stories and psychedelic flows, whilst
living legends Verb T and Pitch 92 will bring an odyssey in rhyme and funk. The dextrous lyricist and
M.C of High Focus Records, Fliptrix brings his seamless semantics, Serial Killaz are drum and bass
jungle producers signed to Playaz Recordings and London reggae artist Kiko Bun is surfing a dubby
resurgence all the way to the top. Not forgetting Pengshui, made up of hip-hop heavyweights Illaman,
Fatty Bassman &amp; Prav. The festival’s birthday celebrations will hit their peak with Saturday nights ska and skank party, headlined by Macka B, who after 30 years continues to tour the world and break down
barriers and with Sunday’s special 20 th anniversary drum ‘n’ bass party.

At The Bandstand Frauds are a post-hardcore band, whilst Average Sex have been snapped up by Tim
Burgess& label O Genesis Recordings. Elephants’ Grave stars Sonny Wharton; a firm fixture in the house and techno scene, whilst Dom Kane’s tracks have been supported by Pete Tong, Deadmau5, and more.
Dirty Secretz is one of house music & most exciting artists, releasing on Stealth and Whartone Records.
Friday nights welcomes Pro-Ject, providing the true house grooves, whilst in the daytime Ital Sounds
reggae collective are ready to provide the rocksteady rhythms.

The Cabinet of Lost Secrets features 7Suns’ music in an energizing blend of Afro, Latin, Caribbean, funk,
jazz and rock, The Pink Diamond Revue are an electro-punk duo who play in front of a big screen
projecting images they have cut up themselves from old B-movies, and Collective 43 are a multi-
instrumental congregation steeped heavy with New Orleans-street style and twists of blues and jazz. And
across the site there’s plenty more to choose from. Phil Kay’s unpredictable and freestyle approach won
him a Perrier nomination in 1993 and the award for best stand-up at the 1994 British Comedy Awards,
and Jayde Adams is a multi-faceted comedian of hilarious repute. The Wrong Directions Cinetent is
hosted by local experimental collective MASH Cinema, whilst The Sunken Yard are connoisseurs of a
very good time indeed. Puppetual Motion present a wide variety of visually stunning aerial acts and
Hummadruz are an ultra-violet theatre group dedicated to performing astonishing psychedelic spectacle.
Andrew Szydlo brings chemistry to life with his spectacular demonstrations, whilst the fabulous Little
Wonderland Kids Area keeps children of all ages enraptured throughout the whole weekend. A new and improved Craft Area wows with a chance to learn from the masters. Workshops on offer include
blacksmithing, spoon carving and plant propagation plus amazing demonstrations and communal
sculpture building with a fiery destiny…