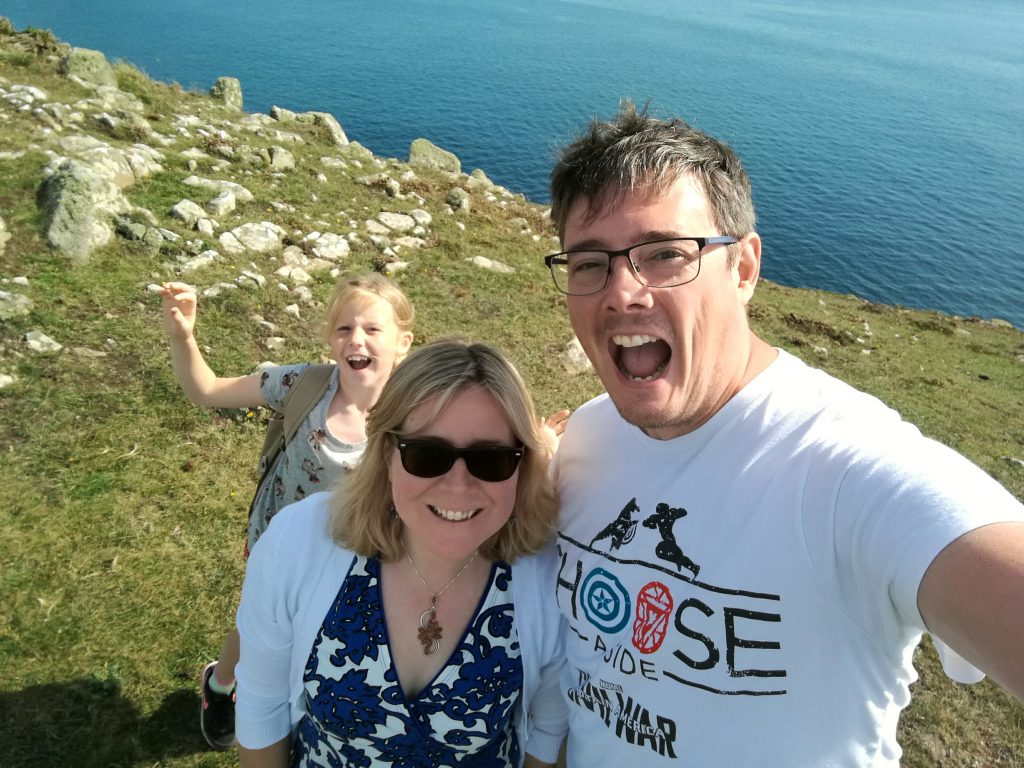 And so my journey to owning my fear of an early death is drawing to an end and also entering a new and exciting chapter. My six months of blog posts and support calls from Becky at AXA PPP healthcare are drawing to an end but the process of empowering myself to continue the journey is ongoing.

When I started my journey back in January I was more interested in tips, tricks and shortcuts to getting my health back on track; I was hoping AXA PPP healthcare and Becky would be able to give me the professional equivalent of those “one weird tip the experts don’t want you to know” adverts you see out there, but as I began to buy in to the process, I realised it was as much a change of attitude as it was in the record-able metrics of what I wanted to achieve: setting myself up to fail by designating a weight loss target as the goal wasn’t a great idea because it ignored the reason for it, and the reason (wanting to be there for my kids) was more important and required a change in thinking, not just in eating.

I’m going to sound like one of those old hippies but in this instance the journey was definitely more important than the destination. And I say this with some authority, as the man who once reviewed a Slendertone in a not entirely serious manner much to the irritation of everyone who found it on the front page of Google for several years.

Once I entered the mindset of owning my fear of a premature death, I was liberated in that I could face the elephant in the room and do more than a desultory attempt to address it because lets not forget, a fear pushed to the back of your mind and not properly acknowledged won’t be dealt with properly and will demotivate you all the way as you try to change things.

There are four key things in the Own your fears campaign that worked really well for me:

Going forwards, now that my series of coaching calls has finished, I can still manage one and two, three is okay as I’ve got the practical help sitting in my G Drive, but point four was always going to be the issue- just who do I find to hold myself accountable to?

In the end the answer was obvious and staring me in the face for the whole time. After all the reason I decided to own my fear in the first instance was for my children, and the two older children are of an age that they can hold me accountable but also encourage me. I may have had one two many enjoying the football on a sunny Friday afternoon recently- when I got back home, my two eldest told me off. The younger made me drink two pints of water and the elder did an impromptu quiz (what’s the weight of Saturn? Is diamond harder than titanium? You know, sensible questions) to ascertain how naughty I’d been. He even wrote down my results and rated me. That’s the kind of being held to account I need, although he’d have done better had he removed my dinner plate from me before I decided to have a quick nap.

The best thing about owning my fear is I feel light. Weight wise I haven’t lost as much as I hoped to but that’s not really what I’m talking about. It’s about the metaphorical weight that’s been taken off my shoulders.

Taking that first step is hard though, but with AXA PPP healthcare there to help, you don’t have to do it on your own. Go on, what are you waiting for? This could be the start of something special!