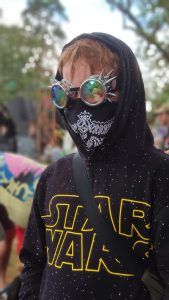 We loved the 2019 Nozstock the Hidden Valley music festival. We loved it so much, we’ve put our money were our mouth is (because bloggers tend to find free stuff “brilliant” all the time, don’t they?) and booked our tickets for next year. In fact we booked our tickets as soon as we got back (my wife did it while I unpacked the car).

Let’s take a step back though and talk about the Nozstock Festival. In it’s 21st year, Nozstock continues to be an environmentally conscious boutique festival, set in the rolling Herefordshire countryside on a cattle farm (it used to be a dairy farm but the current generation of farmers weren’t particularly in favour of the early starts).

This years Nozstock festival was a sell out, as was the previous year but even as a sell out, the sprawling site fits the 5,000 or so attendees comfortably, with plenty of space to swing a cat, or more pertinently some of those balls on a bit of string with streamers attached like some of the hipsters seem to like.

Everywhere seems to have a festival now, and the quality of course can be enormously variable. That’s one of the things I like about Nozstock; it’s kept it’s modest size and been happy continuing thus. It’s well organised, doesn’t overstretch either the organisers nor the facilities, and just works. 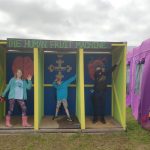 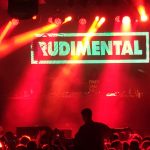 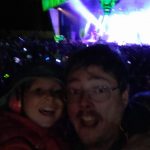 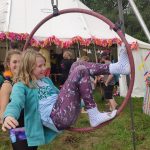 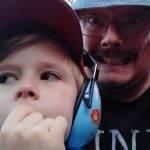 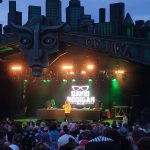 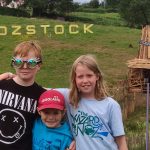 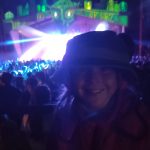 This years line up had more than a hint of reggae, folk and country about it during the daylight hours, reverting to some banging DJ sets and other more rambunctious acts after dark. My personal highlight was David Rodigan, some middle aged chap in a bright yellow suit I’d never heard of. Fortunately my wife filled me in on who he was (back in the day he was the Kiss FM DJ who introduced Jungle to an unsuspecting mainstream audience). He was absolutely fantastic and one of the key reasons festivals like Nozstock are so vital.

What do I mean by this? Well lets time travel back to 2008, before all this Spotify and Google Play Music stuff was popular. I had 500+ CDs in a rack next to the hi-fi. I usually played about 10 of them and ignored the rest. Even now, I have my playlists and favourite albums on Spotify and that’s pretty much all I listen to. Festivals are a brilliant way of stepping outside your own personal bubble and experiencing something new. Live music really is hard to beat.

Fifi’s personal highlight was the DJ set by Rudimental and if you’ve never seen a 10 year old pogo for over 90 minutes, let me tell you she managed it and was awesome.

Attending a festival as a family is a little different to attending a festival and this is another area that Nozstock shines. The site is sprawling but easily accessible, there are loads of free kids activities, and the food is both nice (not a given) and really reasonably priced. We were pitched in the family camping area, and since it’s policed (they don’t let people in without i) a family and ii) a colour coded family wristband), it was full of families.

There are some parts of the site that cater to EDM enthusiasts, be it jungle, trance or more rave influenced stuff and it was great fun to drop into these areas with the kids and experience an experience that is unlike any other- if you ever do the same, just make sure your kids have ear defenders and you might actually want a pair of foam ear plugs yourself! (And a word to the wise, if you decide to see the Sleaford Mods, which you should, they’re ace, remember they’re about as sweary as it’s possible to get live.)

Nozstock 2020 tickets are already up for sale, and the early bird discounts are too good to ignore, which is why we didn’t, put our money where our mouths were and purchased some tickets, guaranteeing a blooming great weekend of live music and entertainment next year!