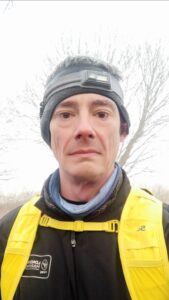 One of my big successes of the last 7 months has been my running. It only happened by accident too; the swimming pools closed down in late October due to Covid, so I decided to go out for a jog, and the rest they say, is history.

Or it was until I pulled a hamstring rather badly in mid April. I’ve only ever had two bad injuries before- a chip fracture on my ankle playing football when I was 20, and another ankle injury when I fell up the stairs and landed on my foot. This was worse than both of those injuries for a couple of reasons. Firstly, I’d really got into running and it was helping me out physically and mentally, so have it taken away from me for an indeterminate period of time was rather upsetting. Secondly, it really did turn out to be an indeterminate period of time, as of writing, on 26 May, I’ve only managed three runs, all of them this week, the longest of which was a 5K that was 7 minutes slower than my personal best.

My big sin was I hadn’t been warming up (or down) properly. 6 months of running increasingly quicker and longer (5K: 26 minutes, 10K: 55 minutes & half marathon 118 minutes) and I hadn’t warmed up once. I thought this was okay because I tend to start fairly slowly and that’s a good stretch/warm up in itself but it turns out this was rather presumptuous and would cost me dearly.

I know exactly what caused me to break down too. On the Friday afternoon, I did my first ever afternoon run while my daughter was at basketball. I was determined to do a short but fast run, and ended up doing 3K in under 15 minutes. I’ve done the odd sub 4 minute kilometre before but never 3 on the bounce. It was very hard work and my legs felt very tight at the end of it. My running is normally done first thing, straight from bed, where I’ve been warm, relaxed and snuggled, not at the end of the day when I’ve been sitting around more. I think I pulled something there and then but didn’t realise, or at the very least set myself up for the big twang the next morning.

On Saturday I felt great, really energised, and I set off to do one of my Saturday 10Ks. I was 8.90KM in and on pace to knock an almost unprecedented 3 minutes off my PB when I got a dull hot pain in my thigh and I pulled up. I tried stretching and carrying on but even a couple of steps showed me I wasn’t going anywhere. I had no warning at all this was about to happen, it didn’t build gradually, I genuinely felt great until I suddenly didn’t.

I rested for a week, and then made it worse by trying a slow 2K run, which again felt good until it didn’t. I then admitted defeat and booked a sports physio appointment.

It turns out I’ve got a far from unusual issue- I’ve got one leg longer than the other. Specifically, my left shin bone is significantly longer than my right one. The physio visually proved it, and said it’s not uncommon, but it has lead to several issues. My pelvis tilts to compensate, and my right leg moves in a peculiar rotation with an unusual strike position to compensate. All of this is done subconsciously, and I’m not aware of any of the adaptations I make. It also makes the muscles in my right leg much tenser and more prone to injury.

So far the physio has concentrated on healing my banjoed hamstring. It maybe that I’ll need an insert for my running shoes if the leg differential has made me more susceptible to injury, but I’m hoping it’s more to do with my hopeless warm up routine.

It is a rotten way to learn an important lesson, especially as I’ve got my first ever “race” coming up in 3 weeks in the St Albans half marathon. I was hoping that racing in a field rather than on my own would see me beat my personal best as it would be easier to keep a set pace but now I’m just hoping I’ll be able to recover sufficiently to take part without doing myself further injury.