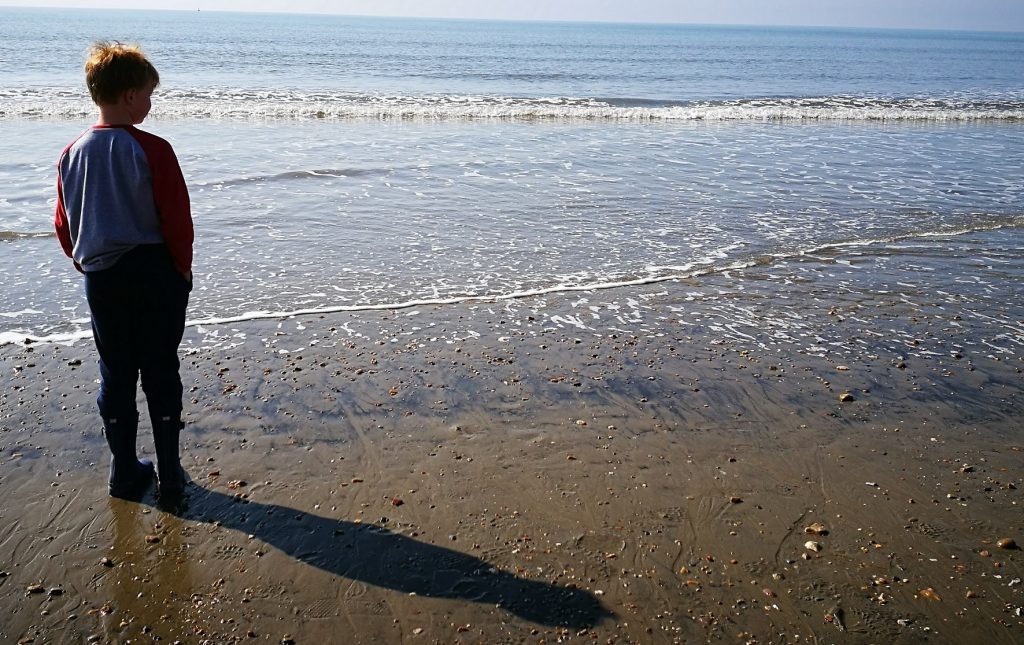 Although we had horrible hailstorms the other day, and I’ve woken up to a ground frost outside on more than one occasion this week, I can safely say from a personal perspective I like April/May quite a lot. It’s the profusion of bank holidays that does it for me; two and Easter and two book ending May. Coupled with the clocks going forwards, and more daylight anyway, it really seems that we’ve told winter to sod off and things are getting better.

END_OF_DOCUMENT_TOKEN_TO_BE_REPLACED

The Fates colluded yesterday to leave me the house to myself in the evening. The lady wife was off in Birmingham at an overnight course and the kids were having a sleepover as I had been invited to Amazon’s Summer BBQ. As the hailstones fall as I’m writing this, I’m smirking at the idea of a summer BBQ but it was good fun and it’s always nice to get out occasionally. 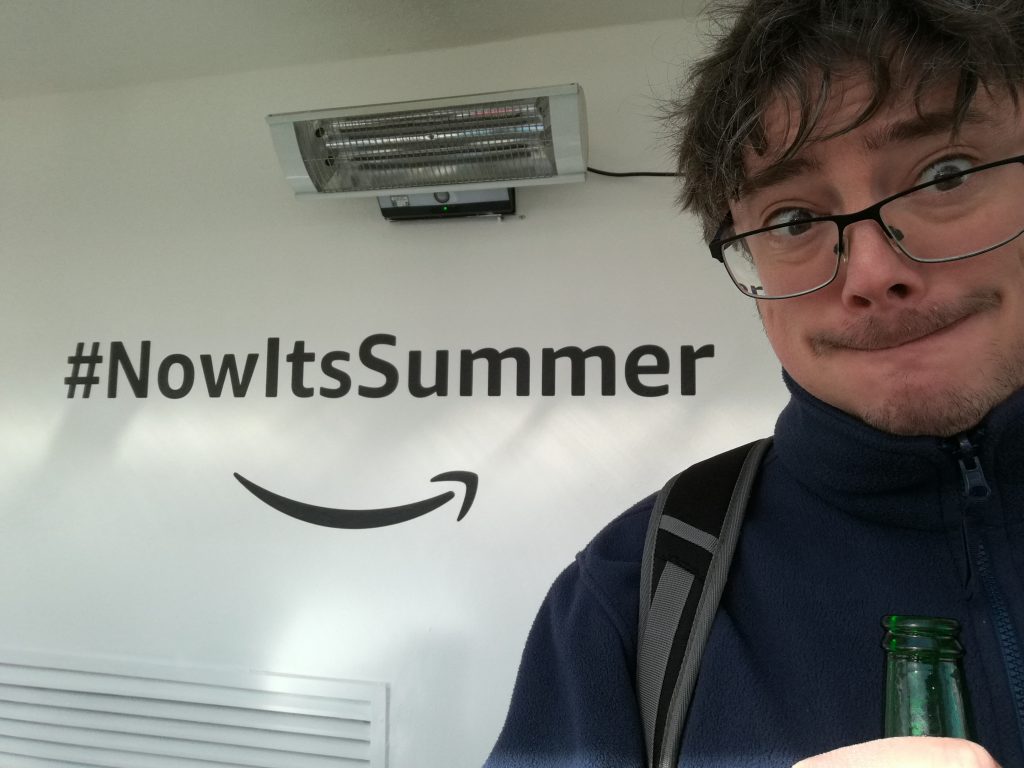 END_OF_DOCUMENT_TOKEN_TO_BE_REPLACED

As I blogged the other day, I’m struggling to transition my son from my PSN profile to a family sub account I’ve set up for him. The main reason for this struggle is he has played Overwatch a lot on my profile. He’s up to level 103(?), which shows a fairly heavy time investment as generally perceived wisdom reckons it takes an hour and a half of actual play to go up a level from level 30 onwards (actual play time will be longer as you wait for games to become available, and go through menus etc).

Considering I started playing on his profile on Saturday at level one and finished yesterday on level 9, I didn’t think I was doing too badly.

If you’ve never heard of Overwatch, let me fill you in. It’s what’s called a first person shooter (FPS). That means you see the world through the characters eyes (in first person), unlike a game like Tomb Raider, where you can see the character on screen (this is called third person, it’s a bit like an out of body experience). Lots of FPS are aimed at adults, are full of blood, swearing, and overt violence. Overwatch is primarily aimed at kids (it’s certified 12), has bright colourful graphics, no blood, dismemberment or bloody corpses. The only swearing is provided by the players over voice chat, which can be hilarious as plenty of sub tens appear to play and their idea of “big manning it” seems to be calling each other silly bums. END_OF_DOCUMENT_TOKEN_TO_BE_REPLACED 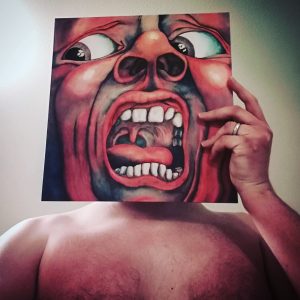 King Crimson’s In the Court of the Crimson King

I love music. Properly love it. I’ve always had a wide and varied interest in different genres of music, as you may have read about already. I’ve been itching to get on the vinyl revival that’s been going on for a few years now but the cost has put me off. I don’t think splashing out £100 on an all in one turntable would make economic sense, so that brings us to separates. I’d want some upgrade path so I’d be looking at a couple of hundred pounds for a decent but budget amp (Pioneer or Marantz) and probably as much again for a turntable. So that’s £500 before I start looking at speakers and cabling, which is too much for a hobby purchase when we’ve got three children and a cat. My Amazon wishlist of HiFi parts is so old, the manufacturers have stopped making half the things on it. END_OF_DOCUMENT_TOKEN_TO_BE_REPLACED 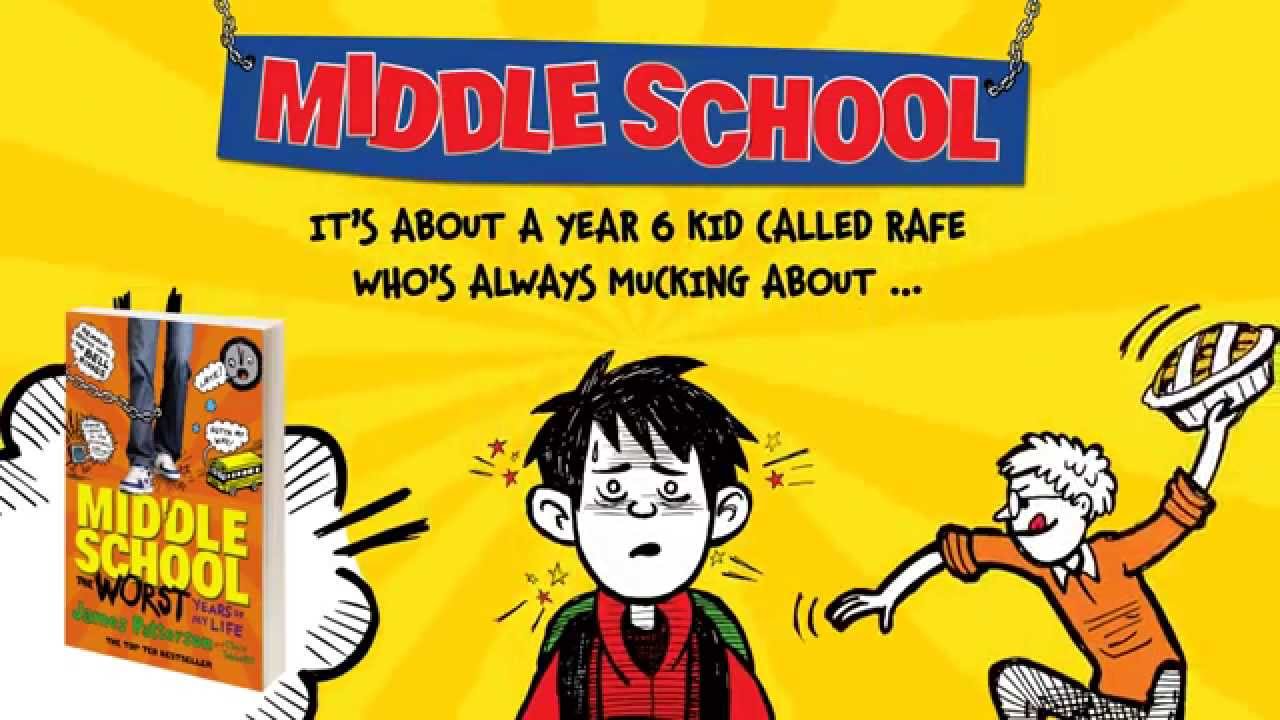 Not great for dressing up inspiration

Sitting next to me on my desk is a multi-coloured fluffy monstrosity. It’s in a bag fortunately, for if it wasn’t I fear my both my sight and sanity. It is Fifi’s reward for reading an entire chapter book over half term. We love reading and try to encourage our kids to grow their love of it by bribery.

And yet as World Book Day approaches, my Twitter timeline is full of retailers hawking Disney Princess costumes, Darth Vader suits and comic book superhero costumes for the inevitable “school dressing up day” that seems to be what World Book Day has become. END_OF_DOCUMENT_TOKEN_TO_BE_REPLACED 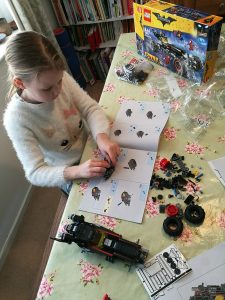 The LEGO Batman Movie is out soon and the related LEGO sets have now hit the shelves. We loved the LEGO Movie, and I even went as far as to say it was a remake of the Matrix. But lets get real here, we all love Batman, have played the LEGO Batman videogames, already have tons of superhero LEGO and can’t blimmin’ wait for him to have his own movie!

Set 70905 isn’t our first Batmobile, the Jokerland set (76035) has one and we reviewed that a while ago. This Batmobile is a different beast though, it’s much larger and more of an involved build.

Fifi was tasked building the Batmobile while her older brother got to work on the larger and more complex Scuttler.

She found the build fun and liked the figures that were included with it although I admit the baddies will probably make more sense once we’ve seen the film (which is out on 10 Feb).

The end result is pretty awesome as Fifi can show you: 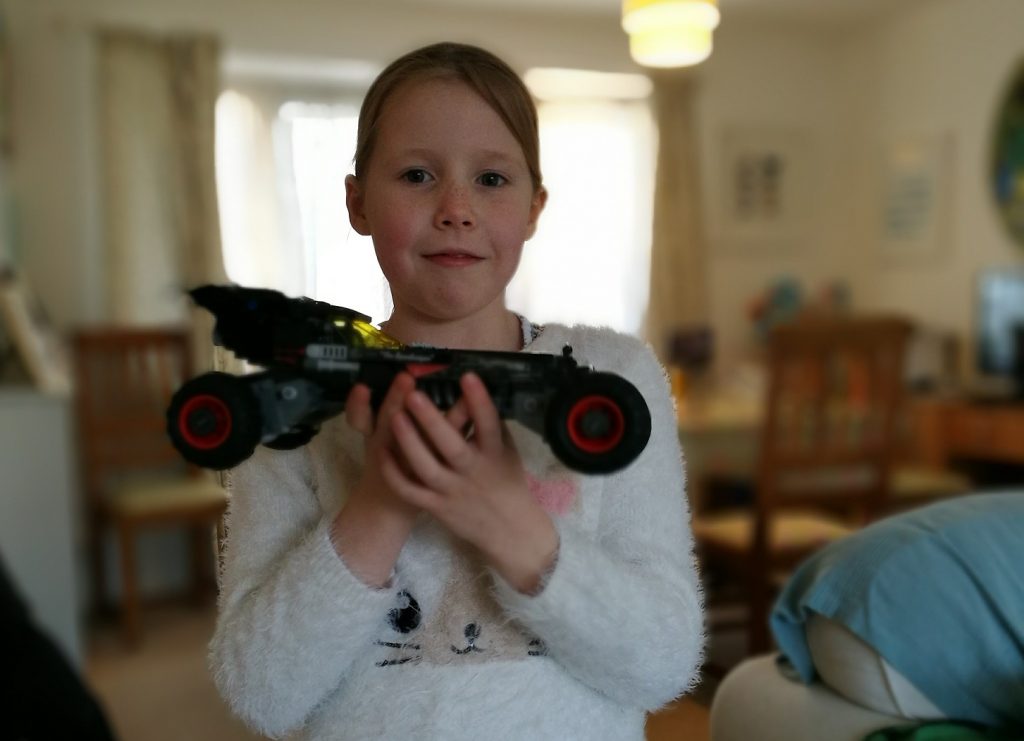 The LEGO Batmobile is available now from all good retailers, including Amazon, for an RRP of £54.99. 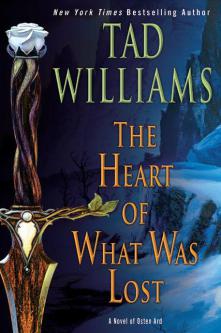 When authors return to a much loved setting many years later it can be as much a cause for alarm as celebration but Tad Williams is doing just that, 24 years after the hardback release of To Green Angel Tower, the final volume in his Memory, Sorrow and Thorn series. The Heart of What Was Lost is Tad Williams long awaited return to the world of Ostern Ard, and I’ve been itching to get my hands on the book since it was announced.

I can still remember reading the original series for the first time. Born in 1975, I turned 18 when To Green Angel Tower came out and remember feeling exceptionally excited for a multitude of reasons, not least just how young Tad Williams was- 36 at the time of publication in 1993- with a whole life time to write wonderful books ahead of him.

Although I have the entire Otherworld series in hardback (a mainstay of Christmas’ and birthdays from ’96 onwards) and absolutely adore The War of the Flowers, it was always the lack of any more Osten Ard that disappointed me slightly. I remember at the time Williams said if he did return to his fictional world, it would probably be for a collection of short stories but that never came about. END_OF_DOCUMENT_TOKEN_TO_BE_REPLACED

As a new year starts, I see lots of people vowing to read plenty of books in 2017. I love reading but I always struggle with finding the time, so with that in mind, I’ve decided to list the last dozen I read in an attempt to motivate me to the next 12. That’s only one a month after all. There are a couple of series in there, so I’ve classed those as one each.

*  the astute among you might currently be railing at how that list isn’t 12 books long. It contains some series. You can even debate how long one of them is- it was 3 books in hardback, 4 in paperback. 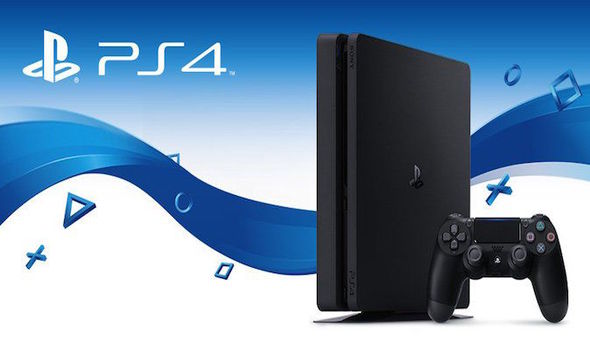 If you were lucky enough to get a Playstation 4 for your kids or have one bought for you this Christmas, you’re in for a treat! Console gaming is probably at a peak at the moment, in terms of value and the quality of games.

There is currently a sale online at the Playstation Store, with some real bargains. You can view that here but if you prefer physical copies of games (you can always trade them in later, which is a bonus), I’ve collated a few bargains below. I’ve included the Metacritic scores but if you’re in doubt, don’t forget most games have a demo you can download to try before you but. These are current as of the day of publication but I can’t vouch for how long they’ll stay at these prices!

END_OF_DOCUMENT_TOKEN_TO_BE_REPLACED 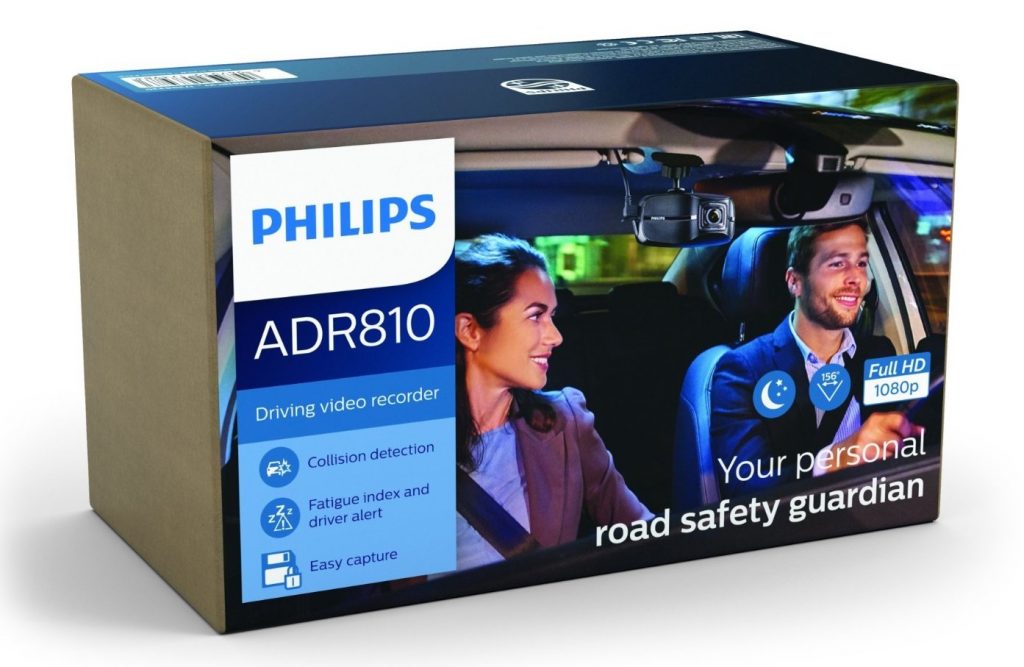 Dashcams are never far from being in the press, even if it is by association. Just google “crash for cash” and you’ll see how depressing prevalent this new cottage industry is. I’ve even heard from a friend of an instance he was involved in where a car reversed into him in traffic and then claimed he drove in to the back of him. All in the name of a whiplash claim.

This is where dashcams generally and in this instance, specifically the Philips ADR810, come in handy. They plug in to the lighter for battery and fix on to the windscreen to record a wide angled (think GoPro style) record of whats going on in front of your car. Anyone trying anything unfair will be captured on camera. Philips kindly sent me one to review and keep afterwards. If you’ve read my view on reviews, you’ll know as a hobby blogger I tend to be very picky on what I choose to review as my time is finite, so anything that I do tend to review is usually pretty good as I will have done my homework before saying yes.  END_OF_DOCUMENT_TOKEN_TO_BE_REPLACED