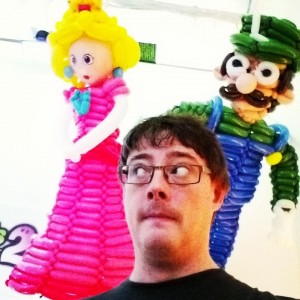 By day a mild mannered accountant. By night…asleep until the kids wake me up anyway. Super powers include walking over Lego barefoot AND feeling NO pain! I work full time to bring home the bacon, some of which we eat, most of which we exchange in a barter system for money so we can pay the bills. I do keep some limited amounts of holiday back for exciting blogging related activities though, so do ask.

You can find me all over the interwebs:

Our family started off with the boy who was born back in 1997. He was joined 21 months later by Fifi and finally Ned on new years day 2012. There are five of us now and we have all sorts of adventures and get into lots of scrapes. It’s a bit like a really derivative prime time BBC1 sitcom with a bit more rage. And a cat. Probably the first of many cats.

I’ve been involved in several blogging initiatives, including:

I’m the only parent blogger involved in the Shell Network of Champions along with TV and Radio presenter James Allen, who once said I should do my own podcast, when he realised he couldn’t get a word in edgeways talking to me.

A while back I was asked to write a piece for the Guardians Comment is Free (CiF) section on going back to work after paternity leave. It provoked some strong responses.

In December 2012 I was interviewed for a piece on pay levels for parents for the Independent on Sunday. You can read that here.

I’m happy in front of a camera too- watch me on BBC’s Newswatch here.

In 2012 my innovative use of social media helped me to win a Nissan LEAF electric car in Nissans Big Turn On competition. You can read about it here. I bought the LEAF to a very wide audience, both in print and social media, and actually managed to organically translate interest in the vehicle into votes. I’m clever like that.

In 2013 I won a MacBook Pro for this blog post on my first website. It was the tank top that probably clinched it for me.

I’m more than happy to consider any blogging initiatives you want to discuss with me, don’t be shy and drop me a line, contact details are on the right. I have been a top ten Cision/Vulio Dad blogger since they started the list, featured in Dad blog recommendations from the Sunday Express, parenting magazines and was called Britain’s Premier Parent blogger by the Sunday Times.

I’m willing to consider product reviews, placed content, and any campaign, no matter how big or how small. There are a few rules I abide to:

Placed content goes in a category called Featured. Anything in featured has been remunerated, either in cold hard cash or some sort of barter transaction.