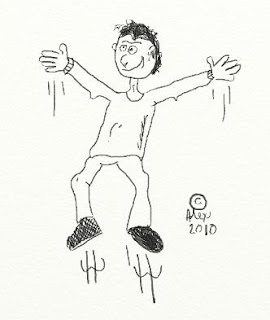 I ably assisted wifey with a tweet earlier about how Christmas went. “Better than anticipated” was her requested reply. I think that’s a pretty good summation. At Christmas time, it’s all to easy to build up an unrealistic anticipation of the perfect day with your angelic children. They’re not angelic for the other 364 days of the year, why should they be so on Christmas Day?

We managed to avoid the plague of illness going around, seemingly more virulent than last years evilness, and aside from a runny bottom on Fifi (hopefully caused by teething), we were all reasonably well. Wifey had a chest infection but that was it really.

Apart from watching some Peppa Pig and The Land before Time, Christmas Day was TV free, which was perhaps the best present we could have had.

Some sound planning (from Wifey) meant that we were actually able to afford to buy each other a present for the first time since the children came along. I miss being able to buy things for my wife and perhaps we put the kids first too often. The Boy for one can’t even remember everything he got for Christmas, which is telling. Our Christmas present pile began building up in the January sales last year, which meant by the time the day came along we’d accumulated quite a lot of stuff.

One of my abiding memories of the period will be the Boy on his bike at Whipsnade yesterday, wheels spinning between the stabilisers on the ice, lots of effort but no movement. That and Fifi getting into hair dressing in a big way.

I’m back in work now after a five day break, and once the next 3 days are over, I’ll have a long 3 day weekend too.