If it wasn’t bad enough with the Government invented all sorts of scaremongery about “scroungers” costing our country money, and sending the #racistvan to heighten race tensions, the Bank of England has jumped in on the divisive bandwagon now. 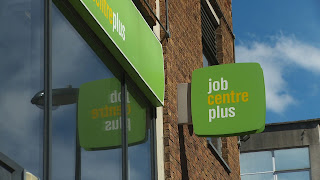 Bank of England governor Mark Carney recently announced that a rise in interest rates was going to be pegged inversely to unemployment figures. He more or less guaranteed that until unemployment falls to 7% (it’s currently 7.8%), that rates wont go up. This move was meant to provide some stability and help confidence but it has had an unexpected side effect.

When the new unemployment figures came out earlier this week- 4,000 people off the dole- my first instinct was to see how this affected the percentage. Since 2.51m are out of work, 4,000 isn’t a sufficient change to show in anything less than 4 decimal places but it was a reality check: the Bank of England have now engineered a situation where employed mortgage holders don’t particularly want to see a fall in unemployment. How mad is that?
If the Bank of England wasn’t as independent as it is, I’d be convinced it had been infiltrated by the Tory divide and conquer ideology.