I’ve been using Play.com for donkeys years. In fact, when I first started using it, the site was actually called play247.com and dealt mostly with Region 1 and 2 DVDs. This was back in about 1998, when the competitors to Amazon were few and far between. Play were one of the retailers that took advantage of the  Low Value Consignment Relief to send items costing less than 20 from Jersey VAT free. That loophole was unfortunately closed a couple of years ago, which made it much harder for the Play’s of this world to compete with the behemoth of Amazon directly.

Still, Play is under Japanese ownership nowadays, and as I remember reading in Wired (thanks to my great Mother in Law for the subscription for my birthday), it’s new owner is Rakuten is run by one of the hot young entrepreneurs in Japan, Hiroshi Mikitani. Play now no longer sells goods itself, instead it’s effectively an online shopping mall that allows different retailers to sell goods through one unified account. In order to show me how easy it is to use this new play website, Play kindly gifted me £80 in it’s reward tokens to spend as I wanted. Rather than being evil and using it as an £80 discount on an Xbox One or Playstation 4, I was a good boy and went shopping for a lot of different items including: 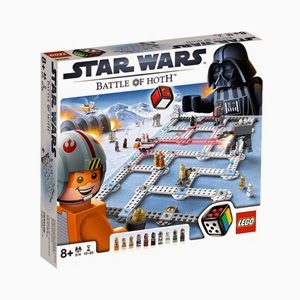 A lot of the items I looked at, especially the Doctor Who items and the books, had multiple buying options. In these instances each retailers price including P&P was shown, as well as buyer feedback ratings. I employed the policy I use on eBay and didn’t look at any retailers with less than a 99% score. This probably wasn’t fair but when I’m shopping, I like to spend my time looking at the stuff I want to buy rather than sifting through bad reviews trying to work out which ones are justified or not.

When it came to buying my basket full of stuff I was pleased to see that despite buying from half a dozen different retailers, all I had to do was click checkout and “pay” (with the tokens). And that was it! Afterwards I had the choice to join each retailers mailing list individually but I declined. Subsequently I’ve been getting individual updates on the progress of my orders from each of the suppliers. In practice this means instead of getting one confirmation of order email, I’ve had 5, and it’s been the same with dispatch emails. It’s not exactly a problem and it’s been interesting inasmuch as I’ve been able to compare how long it’s taking each retailer compared to the others. I’m sad like that.

Looking at the returns and dispute processes, which I’ve never had to use, it appears that it’s all done centrally through Play.com, which is a bonus and means you’re not having to deal directly with umpteen different retailers.

Overall then, the new play with it’s marketplace, seems pretty much like the old play that sold directly. THe infrastructure seems pretty much the same and the prices are competitive with other online retailers. The search function sometimes turns up interesting results but that’s probably down to how individual retailers tag their goods.