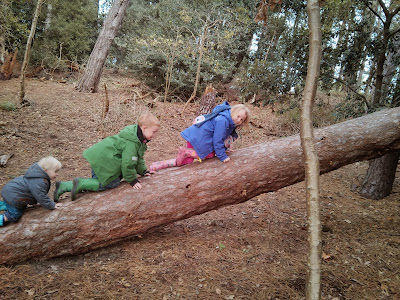 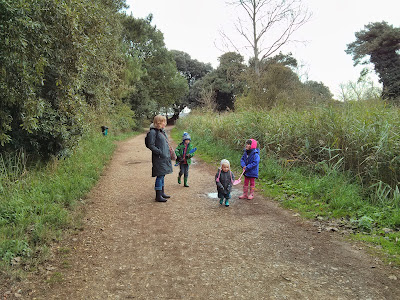 We’re at one with the National Trust and their view of the importance of taking kids outdoors. We spent the weekend up in Norfolk on our last break for the year courtesy of Mini  and the Mini Paceman Cooper D. It was a real watershed weekend for Ned, it was the holiday where he threw away the shackles of the pushchair and demanded, “Walk! Walk!” the whole weekend. And walk he did. Miles along Holkham Beach, around Titchwell Bird Reserve and over the pebbles at Cley Next the Sea. He walked until he was swaying from fatigue, grabbed a bit of kip in the back of the Mini Paceman, and then set off again. of course he didn’t sleep at night that well, that would have been asking too much obviously but at least he had the option of his travel cot.
When I initially popped the boot on the Mini Paceman, I was a bit perturbed by the lack of space. Then my chum Miles pointed out it had a false bottom that lifted up and considerably increased the storage. The Mini Paceman is a coupe based on the Countryman, the bigger Mini (if that makes sense), so it is a lot more spacious on the inside but does lose the rear doors that the Countryman added. The boot can take a fair amount of luggage, especially if you’re a Tetris ninja like me but don’t expect the same sort of storage as you’ll get in a bigger family car. It’s good, but not massive. 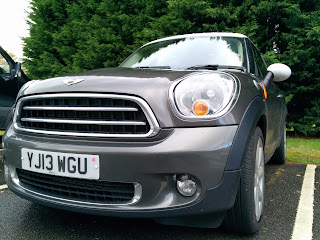 The model I borrowed, the Cooper D, has plenty of poke, and some nice toys (parking sensor, heated front seats and so on). The dashboard layout was also pretty futuristic, and this is coming from someone who’s driven a Nissan LEAF. In terms of practicality, if you’re a family of 4*, the Paceman is a surprisingly practical family car considering it’s 0-60mph time is sub 11 seconds (the next model up, the SD, takes it sub 10 seconds if you were wondering). If you’re a family of 5, you’re out of luck because, like all Mini’s bar the Countryman, it only has two rear seats. The rear seats as they are are well spaced, with a row of cupholders down the middle. I suppose the additional seat from the Countryman had to be dropped as the coupe lines would have encroached into the rear headroom. I was impressed with the rear legroom for the kids though, especially as I had the driver’s seat as far back as it could go.
When we go up to Norfolk, we tend to do a couple of activities a day- one in the morning and over lunch, and a second one in the afternoon up to tea time. The Mini was great for ferrying the kids about in, any initial concerns I had about rear access to strap the kids in quickly dissipated as the front seats give good access to the rear. It was a lot more fun bombing it along the A149 Coastal road in the Mini than it is in our Zafira, even if I’ve had to get the vacuum cleaner out to get the sand out. 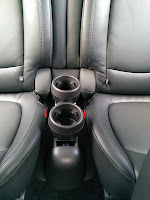 The leather seats have taken their full punishment as the kids have scoffed crisps, biscuits and cereal bars in the car whilst I’ve been driving. Ned’s other new word of the moment is “SNACK!”, and yes, he does say it in capitals with an exclamation mark.I’ll do a full write up on the car in the next couple of days, so keep your eyes peeled for that one. I’ll even manage some actual photos of the car I’m off up to ProDrive’s race circuit at Kenilworth in it tomorrow, so I’ll see how it copes on long motorway journeys.
*The astute among you may have noticed we’re a family of five. This meant wifey got a lovely peaceful trip up on her own. Jammy.