The 2DS is a striking design, even by Nintendo’s standards, reminding me of some of the old Game & Watch designs from the 80’s. It’s certainly a change for Nintendo, all their handhelds since the GBA SP back in 2003 have had a “clamshell” design- that is they fold along a hinged edge. The 2DS most certainly doesn’t. 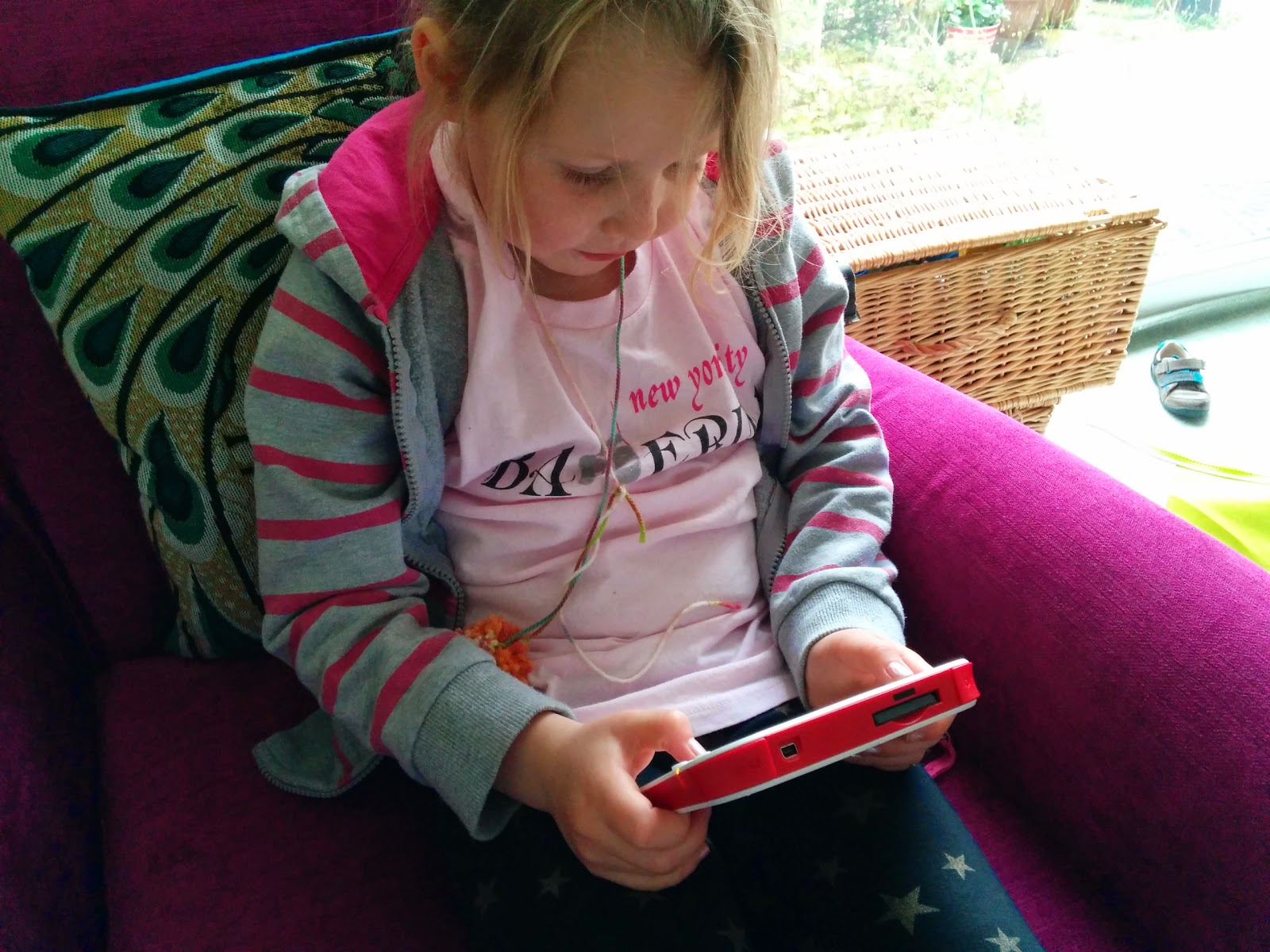 But lets take a step back for a second and ask what the 2DS actually is. The chronology of Nintendo handheld consoles goes something like this: Gameboy, Gameboy Advance, DS/DS Lite/DSi, and 3DS/2DS. Now the 3DS came before the 2DS and is pretty ace. It’s the successor to the DSi, and has a 3D screen. There’s a little slider that lets you reduce or turn off the 3D effects but it’s nevertheless really neat. I’ve had great fun playing stuff like Starfox 64 3D or LEGO City Undercover: The Chase Begins on my 3DS. The 2DS then is basically a 3DS without the 3D, and with a flat design- no clamshell!

So it’s just as powerful as the 3DS, can play all the 3DS games (and all the DS games too obviously) but isn’t a folding design and doesn’t do 3D. If you hadn’t noticed the 3DS comes with some warnings about not letting under 6’s use the 3D functionality as it could affect their eyes, so immediately it’s a safer bet for kids. I let Fifi loose on the 3DS, and she had no problem with the size or weight of the handheld console, firing up some of her favourite DS games (which include some Tinkerbell and the Croods if you’re wondering). I let her have a go at Yoshis New Island and LEGO City Undercover, but she preferred the stuff she already knew to be honest. 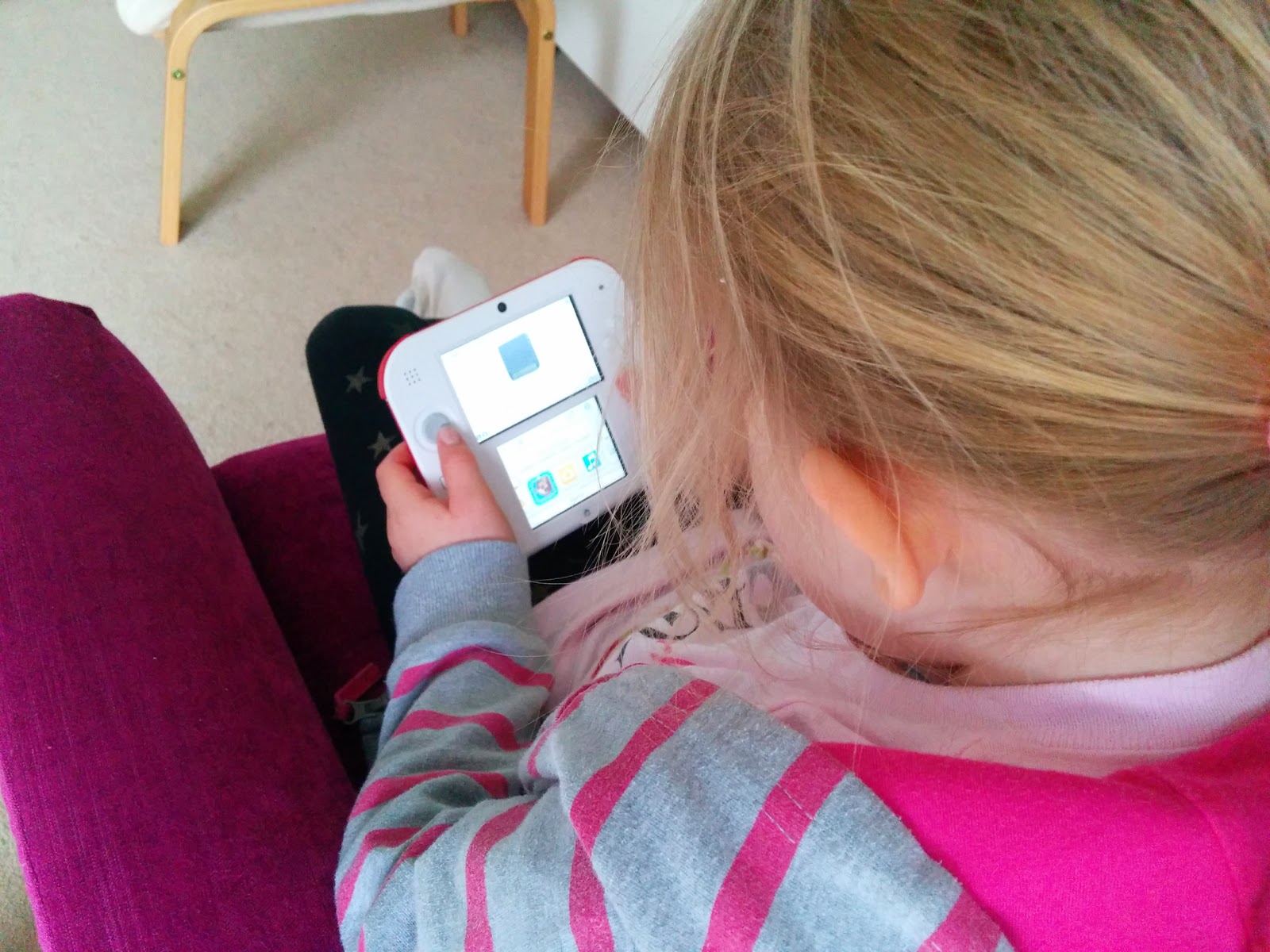 The form factor is perhaps more suitable for younger kids as it’s a lot more robust- there are no hinges or joints to get stressed. It’s also available in a number of different funky colours too.

The battery life in use is good but what makes it stand out is the battery life in either standby or when it’s switched off- it lasts ages so if you kid puts it down and forgets about it for a week, the chances are they’ll be able to pick it up and play it without having to wait for it to charge. Importantly, unlike the 3DS XL, the 2DS also comes with a charger (I still can’t work out why the 3DS XL doesn’t but perhaps that’s just me).

The 2DS retails for around £90 at most reputable online retailers. Yes, the games are invariably more expensive than those you can get for touchscreen tablets or smartphones but they’re a different sort of game. Personally I prefer playing action games on a device with physical buttons and controls, and for me that’s why a handheld console will always have a place in my gaming collection.