The kids have been going to swimming lessons since the boy was about 2 and a half. Fifi started when she was just over one. Ned began after his first set of shots at 6 months. It’s not cheap, we pay for lessons that are between 2 kids to an adult and one on one, depending on who shows up, but I think that swimming is such an incredibly important life skill, it’s the least we can really do. 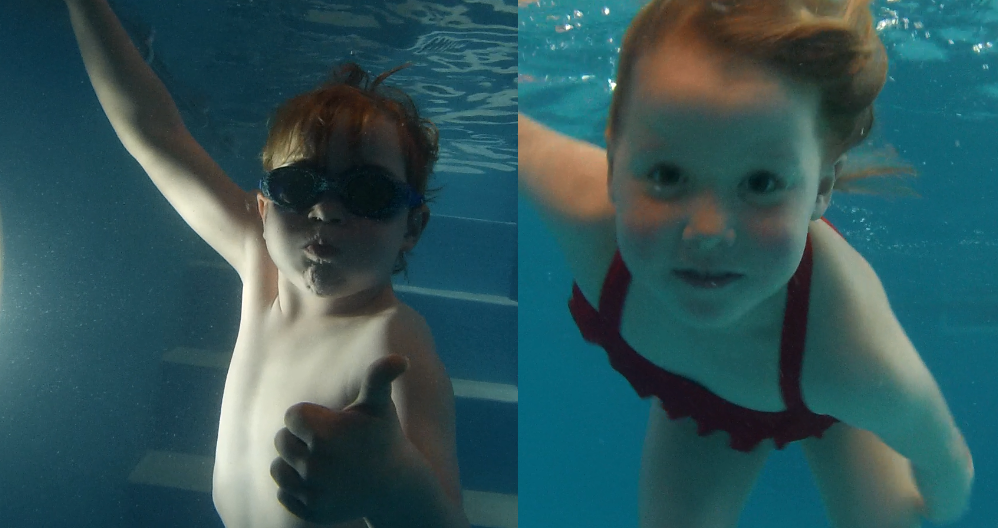 The boy has always had an issue putting his head under water. He’s a much stronger swimmer than Fifi (well he is 21 months older) but I suppose because she started swimming much earlier, she’s a proper water baby, jumping in, swimming with her eyes open and generally having a pretty awesome time.
Well thanks to a long weekend at a camp with it’s own indoor swimming pool, we spent about 15 hours in the water and all the kids came on massively. I never learnt to swim when I was little; my school took us on a weekly walk to an outdoor swimming pool. It tended to be so cold I cramped up and I could stand on tip toe at the deep end (even in primary school- it wasn’t that deep and I was excessively tall). It all came to a head when I wanted to take up scuba diving. I had to do 6 lengths as part of the fitness test, which was further than I’d ever swum before in my life. Lord knows how I managed it but I did and that galvanised me to learn to swim properly. I still can’t swim brilliantly but I’m not in a terrible risk of drowning, and hopefully the kids will be set up for life.