When JD Sports dropped me an email inviting me to have a look at their range of Nike footwear (some of which is exclusive), I did what most bloggers would do and ordered all the Nike footwear in descending order of price. Then I saw sense and started again and actually looked for something I might need.

When I was at uni back in the mid ’90s I played a lot of football (badly). A hiatus for the next few years I was working was interrupted in the mid noughties when we organised a work team in the Power League down in Mill Hill. I used the same pair of astro turf boots for both those sessions. It was a bit mad in the Power League- it would be five below zero in February but we’d still be playing, steam pouring off our heads as we ran around like headless chickens for an hour. People left work though and it petered out after about a year or so. 18 months or so ago we started up again, although not in a formal league or anything any more. Now, it’s just a bunch of us, usually between 10 and 14, playing on the local all weather pitch for an hour every Wednesday evening.

I’ve been using my old astro turf boots. These boots are just older than all my kids added together, they actually older than some of the lads playing with us. So I decided to finally replace my astro turf boots and retire the venerable old pair that has done me such service. I had a good rummage around, looking for a pair in a size 12. I’m an 11 or a 12 depending on the fit, specifically the width, of shoes and I know Nike are quite narrow, so I opted for the 12’s from the start. That narrowed the choice down considerably as Nike don’t go up to 12 in all styles but I was pleased with the pair I got.Fortunately the use of filters meant I could quickly eliminate all the styles without my size, something that’s actually impossible at Amazon, which makes shopping for footwear there impossible. 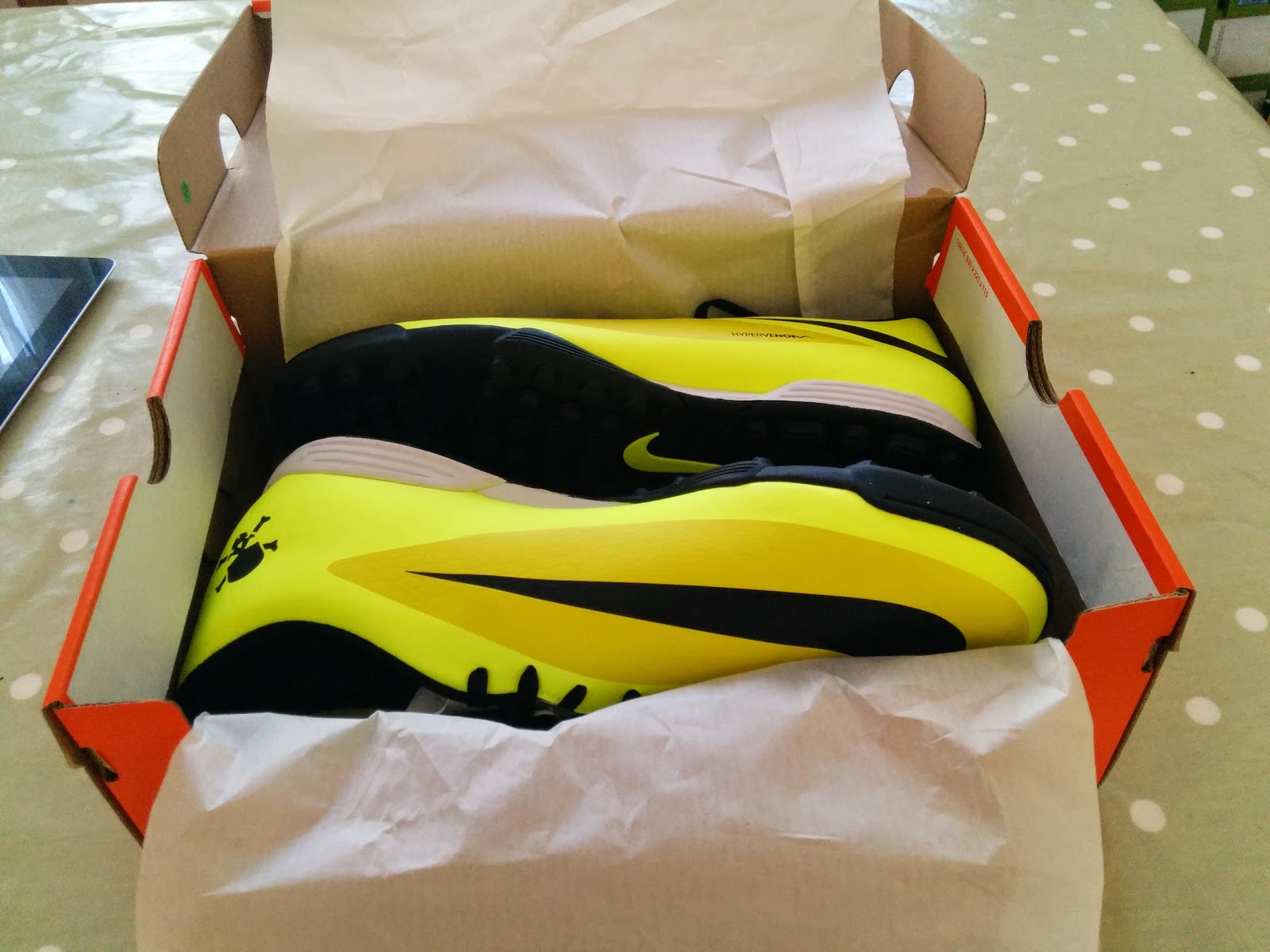 They have a name that’s as much of a mouthful Hypervenom Phade Astro Turf but there were sufficiently garish to remind me of my old bright yellow Seat Ibiza that I decided to go for them. They were a bargain at £30 (reduced from £45) too.
A properly painless experience, unlike the morning after my first wear of them. I may have run around just a bit more than normal as everyone was commenting on my flash harry boots! Thanks to JD Sports for providing me with the boots, and my boss for paying for the pitch hire every damn week, rain or shine…