Mario Kart and I have a long history. It almost cost me my place at university in fact. The original SNES game came out in January 1993 as I was preparing for my A levels and I was hooked like I hadn’t been hooked on anything else for a  very long time.

I love racing games and specifically I love time trialling in racing games. The problem is though, most racing games have such long circuits that getting consistent laps is very difficult and you have to spend half your week just learning a track properly, never mind getting good at it. Mario Kart had and still has pretty short laps- the majority are under a minute-.and it’s entirely possible to get within hundredths of a second on each lap.

So while I may have played the original to death and loved it with the passion only a single and pasty teenage boy can, how fairs the 8th iteration, a rather terrifying 22 years later? I’m certainly in a different place, married with three kids and a lovely wife, and precious little time for gaming.

The kids love Mario Kart 8 too, which is brilliant. I’ve actually forked out £35 for another controller so we can play 3 player multiplayer. The boy (7) is so obsessed with the game that there are a couple of courses that I still can’t beat him on. I’ll say that again, there are a couple of courses in Mario Kart 8 that my 7 year old beats me on and that’s the beauty of Mario Kart. You might race a track perfectly but you might be doing it with the wrong character (characters have different attributes like weight for example) in the wrong vehicle with the wrong tyres (these choices affect speed, acceleration, grip and handling). There are also short cuts and other cunning tricks to gain you a time advantage on a lot of the circuits, a lot of which you can only pick up by getting up at 6am and then playing Mario Kart 8 when you get home from school at quarter past 3 like the boy does. At least that’s my story and I’m going to stick with it…

Visually Mario Kart 8 is utterly beautiful. It’s as smooth as a baby’s bottom, colourful and really responsive. It’s everything a Mario Kart game should be. When I think I used to play multiplayer on the original Mario Kart on a 14 inch colour portable, playing 8 on a 50 inch plasma is quite something. The Wii U certainly doesn’t lack the power to make beautiful games and Nintendo know a thing or two about making stuff that is compelling to play.

I particularly found the ability to play the game just on the gamepad useful as I was able to learn the tracks while wifey was watching Springwatch on the telly. When I think back to playing games on my first colour handheld console, the Atari Lynx, it’s amazing what the primary controller for the Wii U can actually do as a stand alone gaming device. 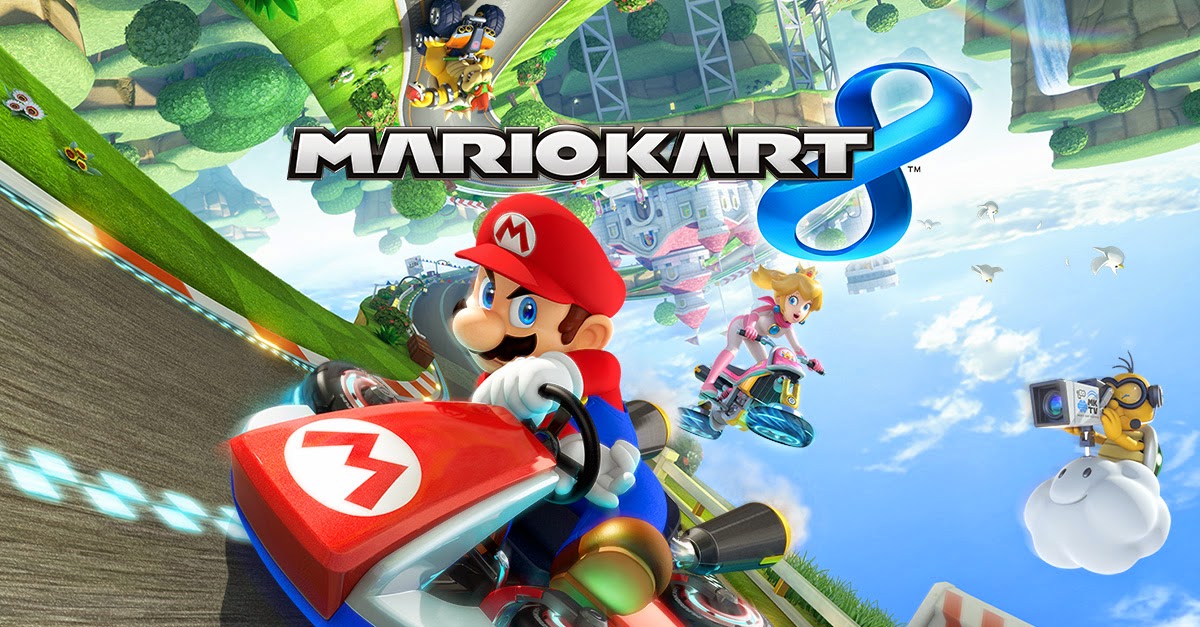 In short Mario Kart 8 is pretty near perfect. If you liked the battle mode in earlier iterations you’ll feel let down as it’s pretty hamstrung with no battle arenas, just the circuits, which doesn’t really work. Likewise it can get frustrating if you’re leading from the front for most of the race because you’ll get struck by lightening, hit by a blue shell, or a red shell or all three on the last couple of corners of your third lap and maybe finish second, third, fourth or fifth. This doesn’t feel particularly fair and it’s often easier to win by sitting behind the kart in first place with a red shell or a mushroom and overtaking them on the final corner. Still, that’s a small grumble really in  game that reminds me what Nintendo are really all about.