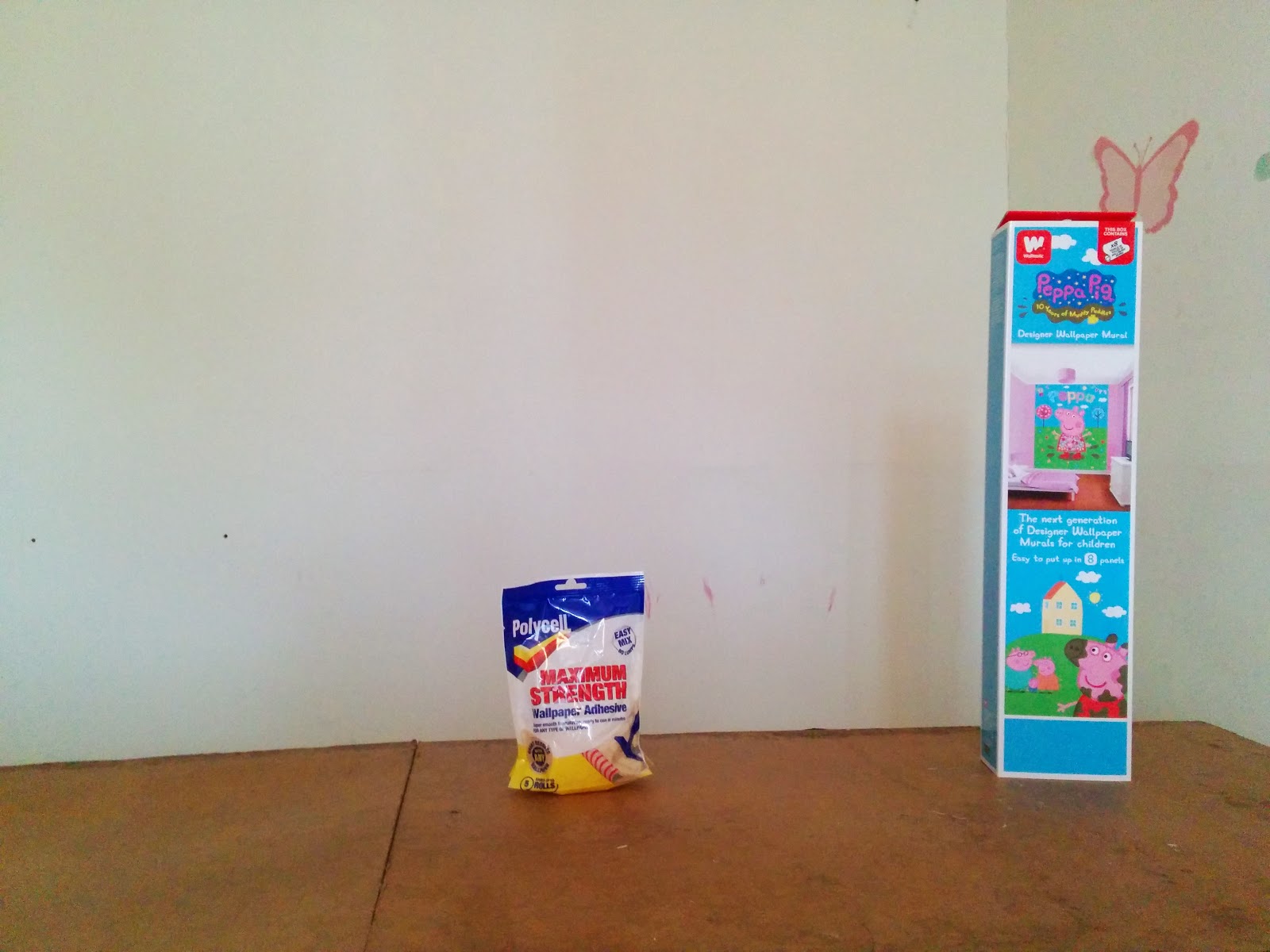 Dulux have been sneaking off to night school and study a course of Cunning Plans and this, the Dulux Bedroom in a Box, is the result. Each kit is enough to decorate a kids bedroom- it contains a really cool Walltastic wallpaper mural (and that’s something we’ve reviewed before), some satinwood paint for the woodwork, a 2.5L tin of Dulux paint in a colour complementary to the mural, and a sachet of wallpaper paste. You don’t have to stick the mural up with wallpaper paste if you don’t want to, you can use Walltastic double sided tape (not included) if you’d rather. 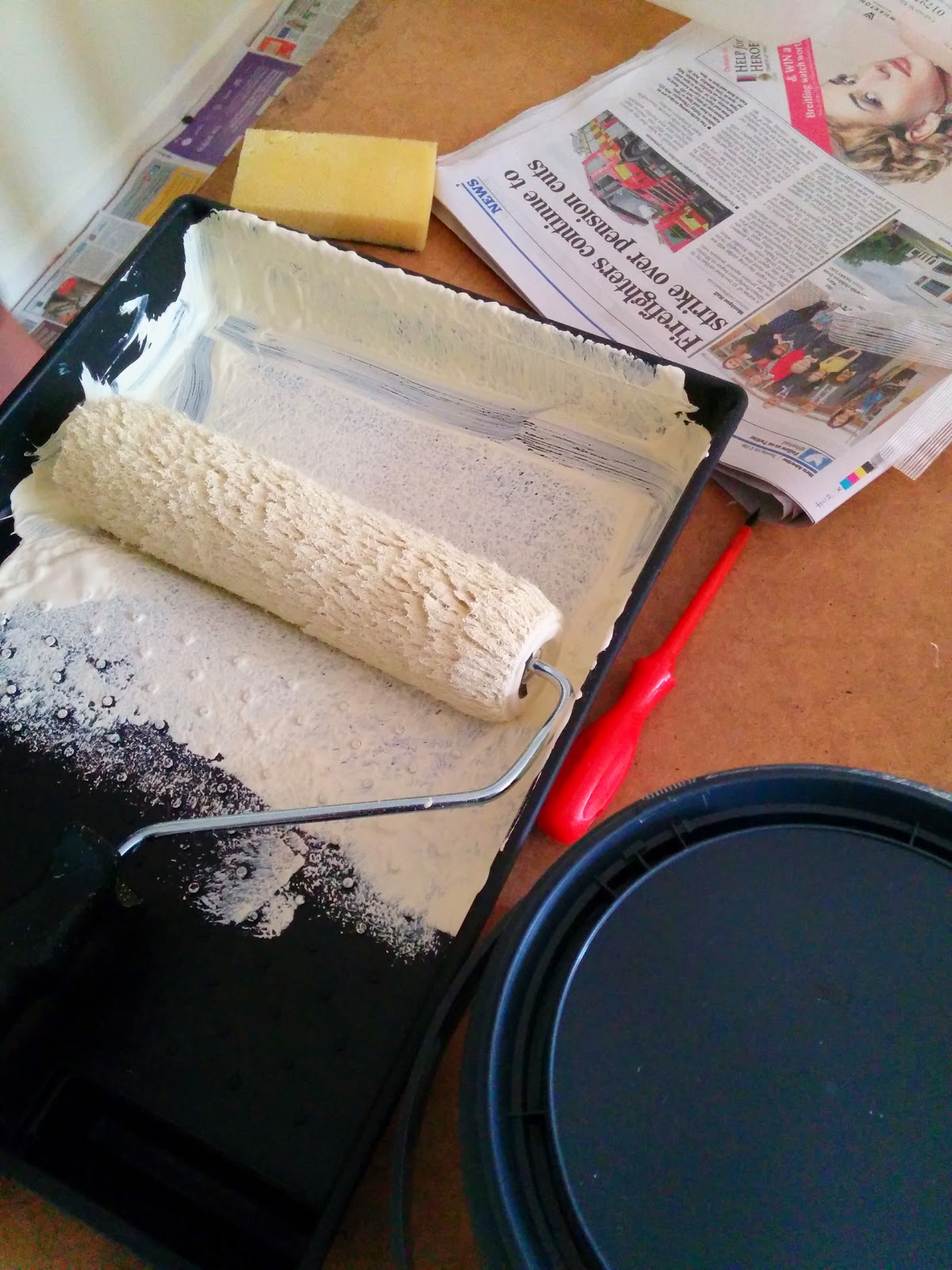 We opted for the brush and wallpaper paste approach. Partly because we don’t have anywhere locally that stocks the tape but mostly because the rest of the family were hoping for a Frank Spencer moment. Fortunately the Bedroom in a Box is dead simple to use; it contains all the stuff you need barring a papering table, wallpaper brush and a sizing brush and the other accoutrements you’ll need for painting.

Being not an enormously organised chap, we received our Bedroom in a Box late and I’ve just finished applying it over the hottest weekend of the year. Yes, I wore a 1980’s style sweat band whilst wallpapering.

Actually, before we got going we had to do a fair amount of preparation. Firstly I had to remove the tatty border that had been picked at for the last year, then we gave the mural wall a couple of coats of Dulux Daffodil white all over (the mural is just over 2 metres wide whilst the wall is two and a half). This covered up all the wanton vandalism visited upon the walls over the last few years of Fifi’s life. 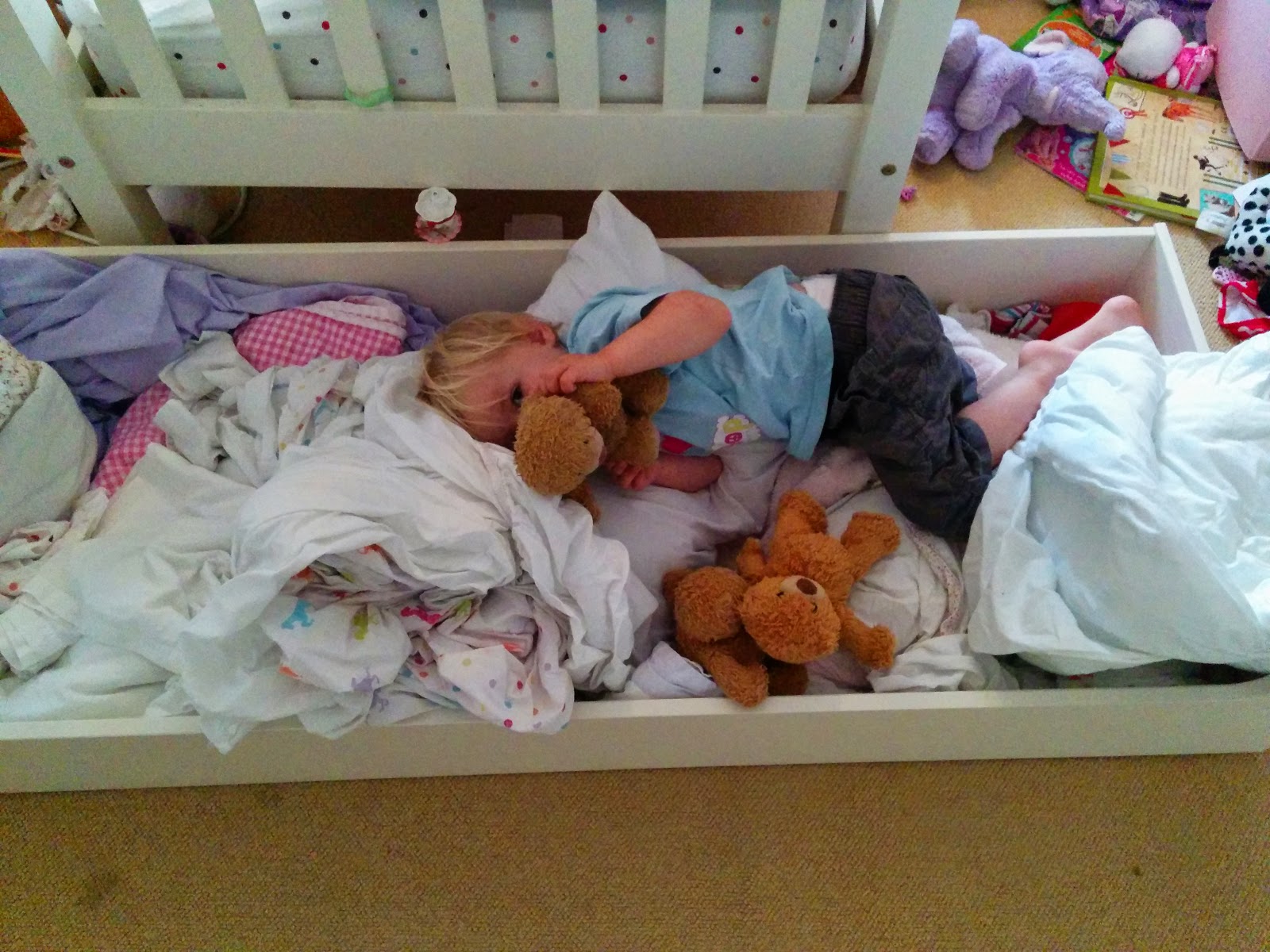 Because nothing is easy, I had “help”. Fortunately the help soon got tired and decided to have a nap.

Even in the heat, 2 coats of paint take a while to dry, so it was very much a case of doing the painting one day and the wallpapering the next. Of course, since Fifi was still sleeping in her bedroom, it also meant spending half an hour at each end moving furniture about. Such is life.

The mural we put up was the Peppa Pig one. At five, Fifi is probably getting towards the end of her love of all things Peppa but she was incredibly enthusiastic about having it up and keeping her out of the room whilst I’ve been installing it has been a problem and a half. 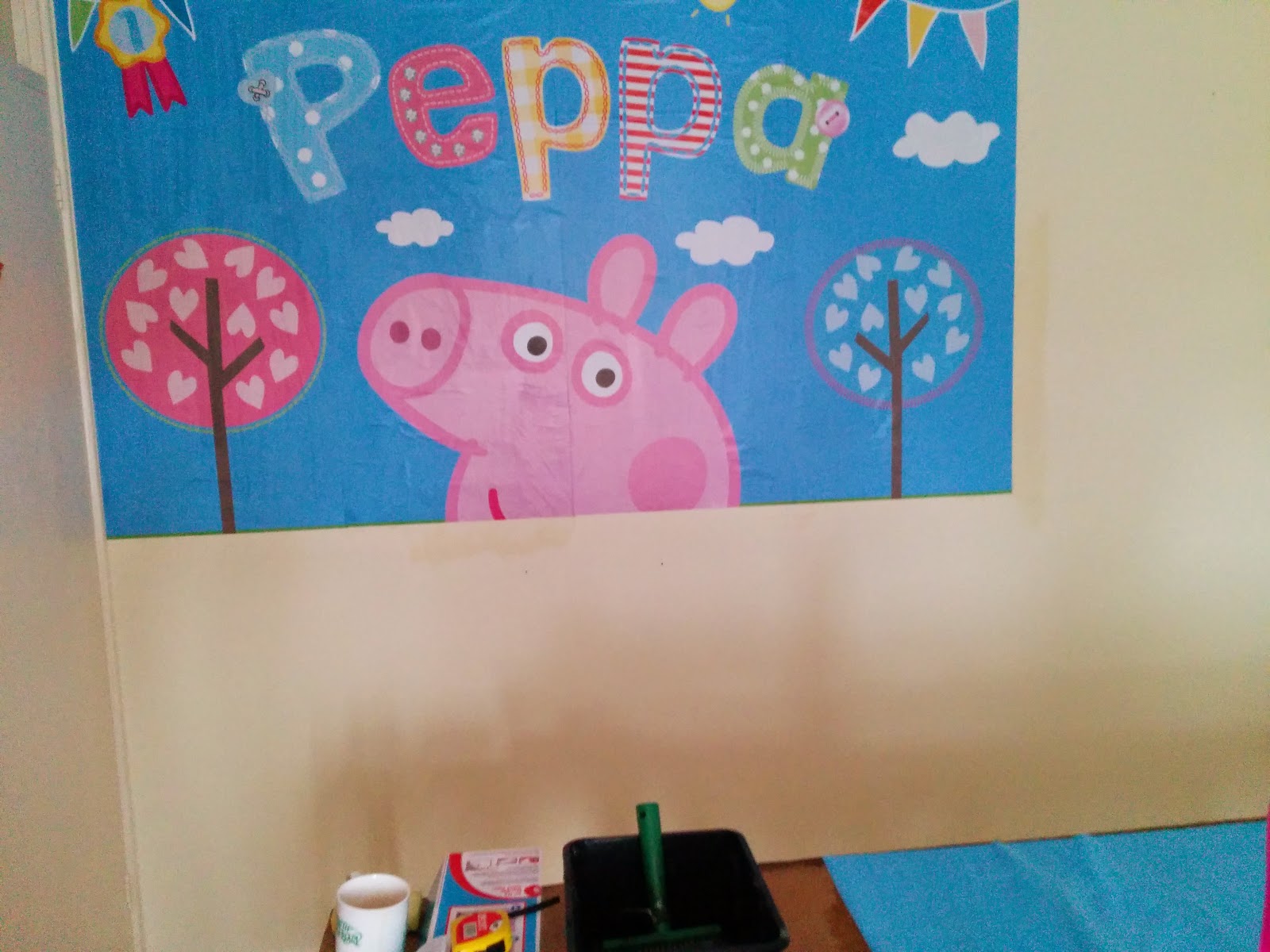 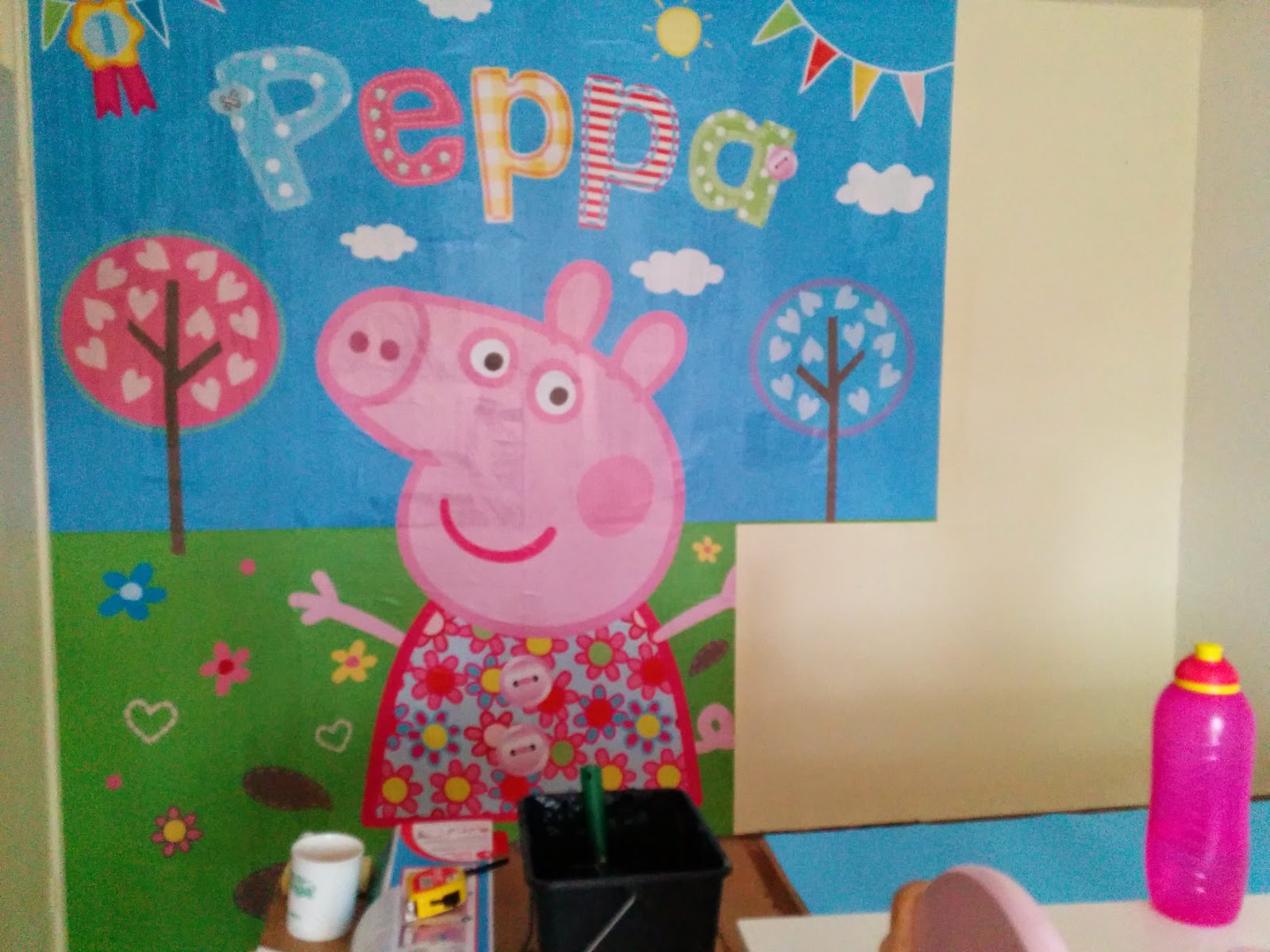 But what did Fifi make of the final result, I hear you cry. Well…