I should preface the following by saying that I don’t go out down the pub of an evening very often. Maybe once a month, certainly no more than twice and the fact that I’m typing this in a hotel room in Glasgow with a slightly sore head, while the rest of the family are 5 hours and more away by train is entirely coincidental. 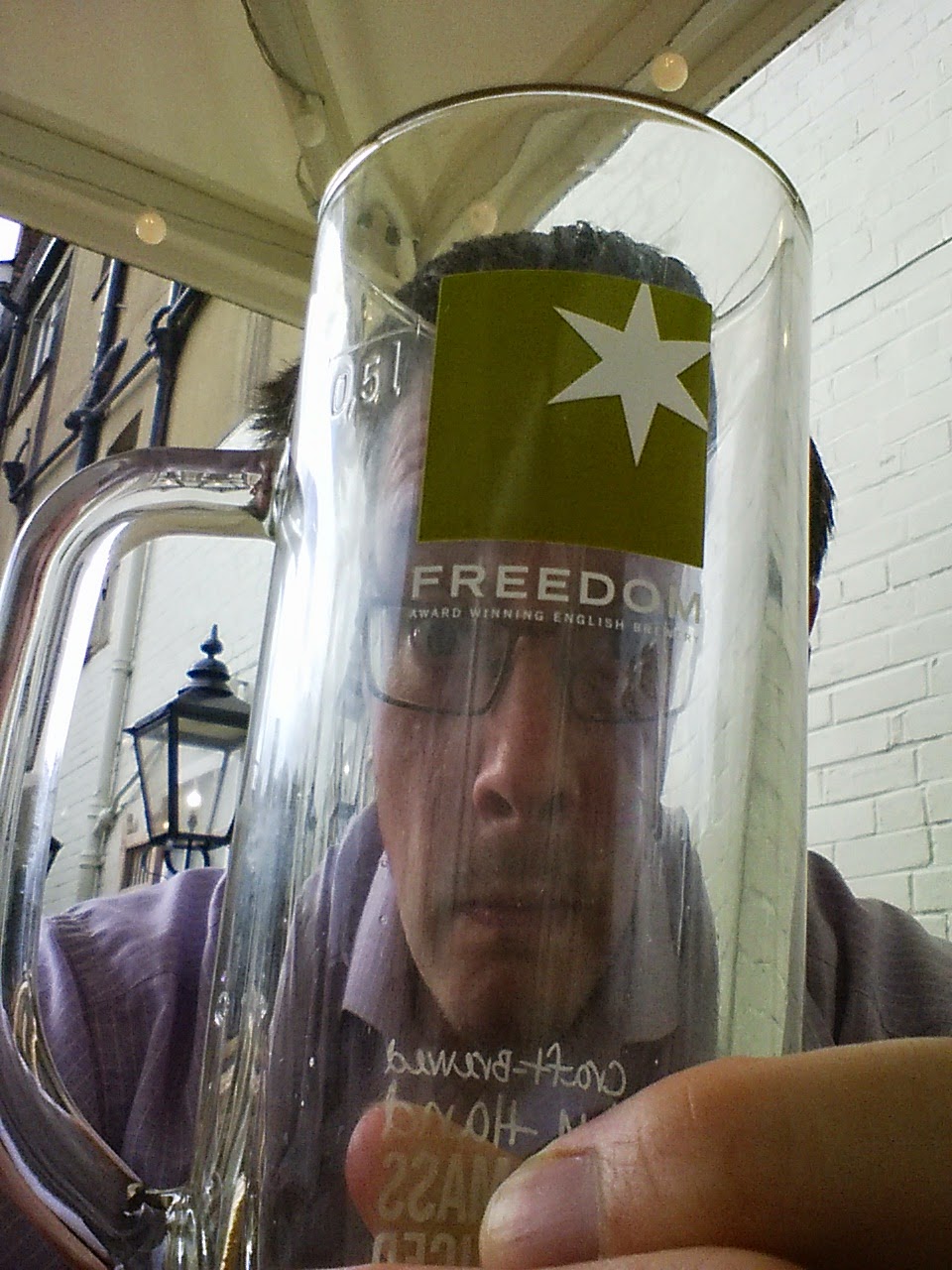 Normally when I go down the pub, it’s to the Rose & Crown in St Michael’s village. This isn’t because it’s the best pub in the world but because it’s mostly empty. It’s the pub equivilant of an Angus Steakhouse or a Garfunkels- you can always get a table and everything is slightly more expensive than everywhere else. Still, you don’t even have to ask for the darts and you can always watch the elderly locals who put their coins, wallets, and life essentials on the bar top.

Last Friday was something a bit different, it was afterwork drinks followed by a curry, our locations the Peahen and the Chilli Bar respectively. At just gone 5pm, a somewhat dishevelled gent shambled up to us in the Peahen and proclaimed in tones that made his disappointment clear, “Aaah! I thought you were an art deco statue.” Now I’ve been called all sorts of things in pubs in my time but that was something new and I wasn’t entirely sure how to reply. “Are you saying that, from a distance you mistook me for an antique?” I queried, turning to my boss, “You’re obviously working me too hard. Perhaps I should moisturise more.”

Eventually he went away but it was decidedly odd.