Those of you with keen memories might remember that in January I posted on the return of the Bionicle to this years LEGO range. Well time has passed and we’ve been lucky enough to have been sent a wodge of the sets from LEGO to review: 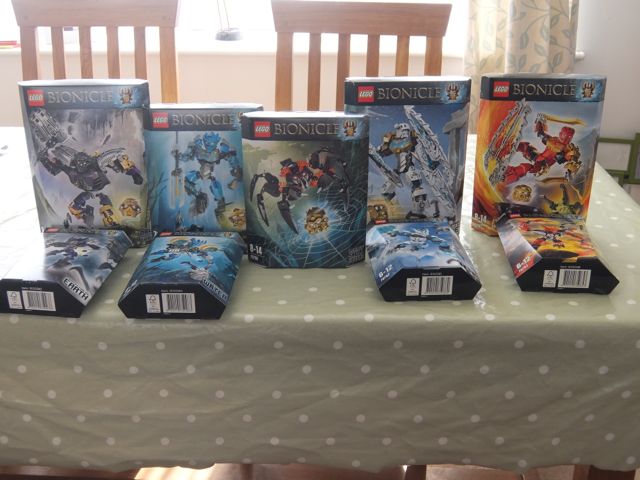 The original Bionicle range ran from 2001 to 2010 and was superseded/replaced by Hero Factory, which we’ve had great fun with but it’s nice to see Bionicle return.

As you can see from the photo, the new Bionicles come in two sizes, the bigger sets are styled as the Masters (they more or less replace the Toa in the original run as far as I can tell) and the Protectors, who are smaller, easier to build but still pretty cool to build and play with.

Bionicle has it’s heritage in Technic, and in areas like the gearing and switches in the larger figures you can still see this today. Building them with the boy (8) it was fascinating to see how the cogs and things meshed together to finally make something that has, for example, arms that move when you turn a wheel. 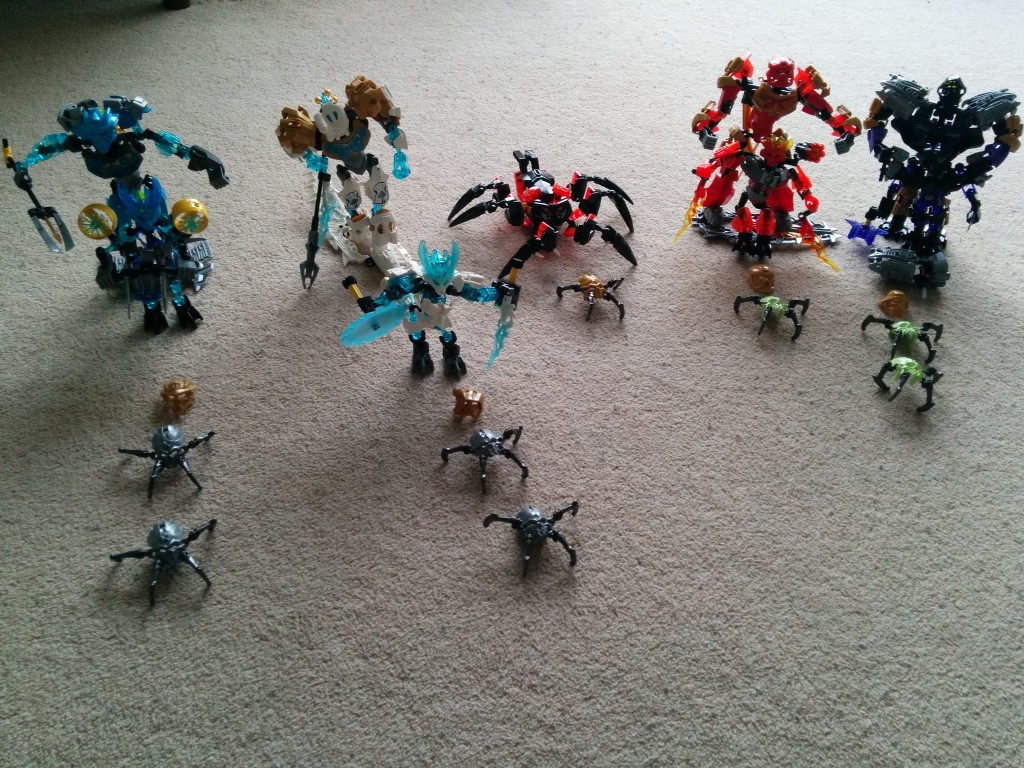 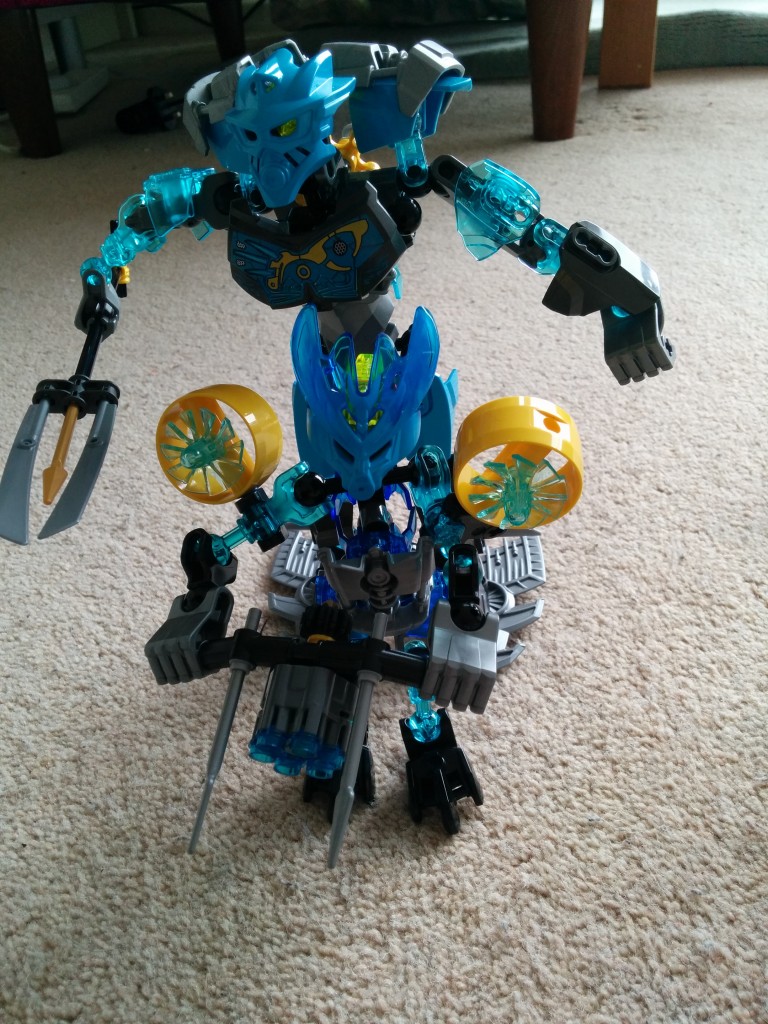 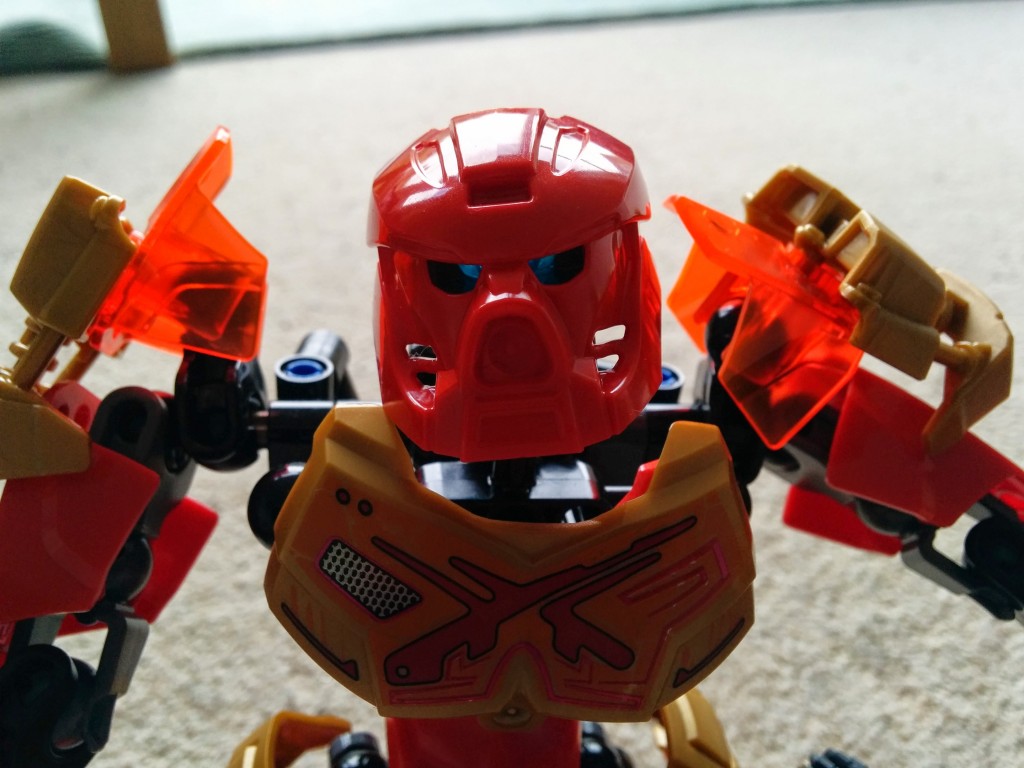 As you can see from the photos, the figures are fully poseable and their weapons have two different configurations. The kits are easy for an 8 year old to build but they really come into their own once they are built. The boy has played with them as action toys more than literally anything else he has had in the last couple of years. They’re robust enough to not fall apart very often too, which makes them much more “boy” friendly.

The smaller figures are available on places like Amazon for well under a tenner each, the larger ones are about twice that. In terms of value, they’re involved to build but do offer a lot of replay value. There is plenty online surround Bionicle, from the Official YouTube Channel, to games on their official website. It’s nice to have a fully realised world in LEGO that’s not licensed from a movie and I’d be remiss if I didn’t say the boy is currently sitting with a couple of figures on his lap, watching some of the videos on their YouTube channel!