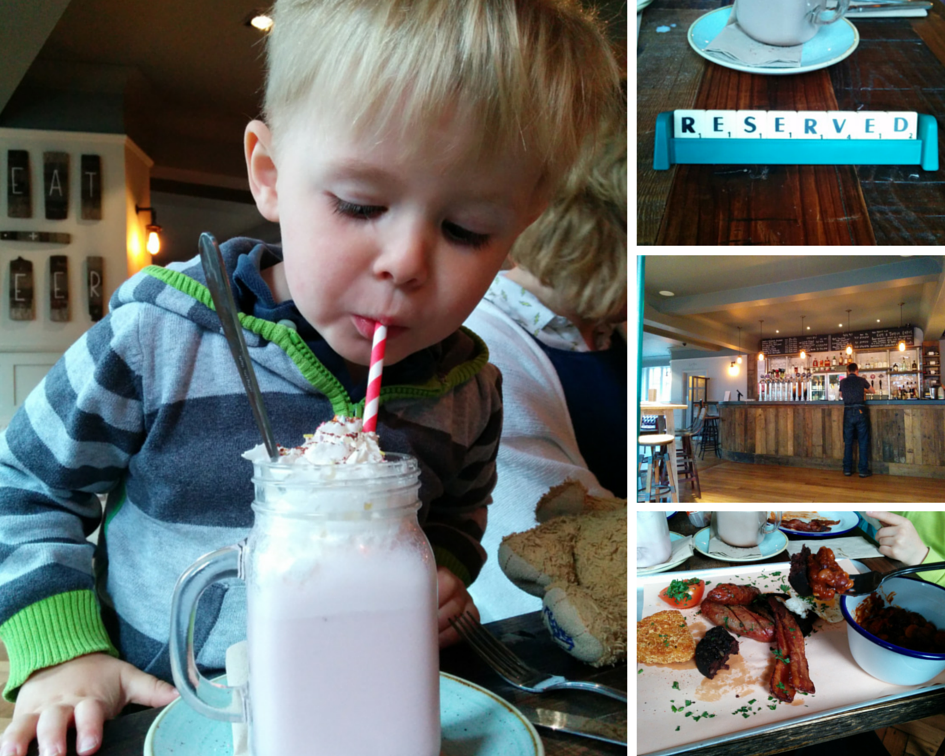 Although I’ll be back to try the beers, we were invited for brunch the day after it opened, and 9:30 on a Sunday morning is a little early for a beer even if licencing laws would have let me (and after 12 hours at LEGOland the previous day, followed by a few bottle conditioned beers with the Cup Final on Virgin TiVo, I could have done with something to settle my nerves), so I settled for a Lulu Coffee instead.

St Albans is a great place for idiosyncratic eating, away from chains- although there are plenty in the town, you could eat out every day for weeks without going to the same place twice- and although a Punch Tavern operation, the Craft and Cleaver fits in well with this ecosystem. The day time menu looks sufficiently different to attract interest- the smoked ribs (smoked onsite in their own smoker) sound gorgeous and if the home made marinaded barbecue beans are anything to go by, and since they’re marinaded in the drippings from the smoker they are something to go by, it’s all good stuff.

We sampled the brunch menu, that had a wide range of choice- from Eggs Benedict, to a full English, with various muffins in between.  There was an option of a half full English, which I would have probably ordered for the 8 year old in hindsight as he has a big appetite that outstripped the 3 items on the £4.50 kids menu but that’s my only real quibble. I went for a full English, the wife a vegetarian full English and the kids had a variety of beans, sausages, scrambled eggs and bacon. All the kids enjoyed their milkshakes too, as you can see from the photo montage above. The full English was a thing of beauty, served on a tray with a disposable sheet of greaseproof. I’ve had comment that the paper is irritating from people on twitter but it didn’t interfere with my scoffing, so it’s horses for courses I suppose. The food itself was lovely and the portion size meant I could let the boy scab a rasher of bacon and a sausage without any detriment to myself. I’ve already mentioned the beans, I’ll mention them again as they were lush but the rest of it was cooked well and served up nicely. I’m certainly interested in coming back and trying the rest of the menu at some point.

The interior itself, although intrinsically limited by the building, had some nice touches. I liked the stick people for the toilets, the Scrabble rack for reserved tables and the whole rustic wood thing the place has going on.

The Craft and Cleaver is situated on Catherine Street, open now, and well worth a visit for a beer and some food.