In this time of austerity I always think it’s good to put pen to paper and remind yourself of good ways to save a few quid, so when the Money Advice Service asked for some ideas, I was only too happy to oblige. 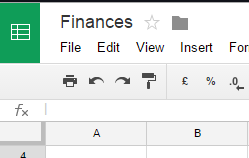 My first tip is one that’s aimed at the expenditure that dips under the radar- the money that goes out every month but you never notice. It’s well worth logging on to your internet banking and going through all your transactions for a couple of months and making a note of any standing orders (SO) or direct debits (DD) that are there, just in case you’ve forgotten to cancel something that you no longer use. And it doesn’t have to be a large monthly amount either; my wife has a Netflix subscription but I used a free 30 day trial to watch stuff down the gym. If I hadn’t remembered to cancel it, the £6.99 a month would have been £84 over the course of a year. it all adds up.

Like a lot of things in life, saving money is more about lots of little things than one big thing because it all adds up. Redefining what you consider a luxury lets you think about things in a different way- how much do you spend a month on: 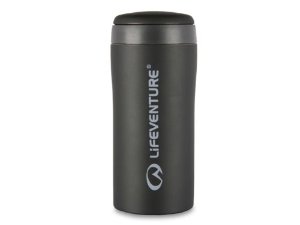 I spent a tenner on a single cup flask, which was only the price of three or four coffees, and it comes with me when I head into London on the train. Yes, it’s a compromise and yes, it saves me an absolute fortune and that’s really what it’s about, a cost/benefit analysis.

A few years ago I went SIM only on my mobile phone, paying £12 a month for a SIM contract and supplying my own phone. Initially it was my existing iPhone 3GS but then I progressed to various Android phones. If I was doing this again today for the first time, the decision would be even more compelling- someone at work has just taken out an iPhone 6 contract at £54 a month for 2 years. “Budget” phones like the Lumia 735 or the Motorola G can both be had for under £150 and are light years ahead of what a budget phone was like even a couple of years ago. Over 2 years a SIM only choice like this will cost you £440, whereas the iPhone will cost you a staggering £1,300. Is the iPhone 6 really worth £860 more over 2 years? Really? Think what you could do with that extra money…

There will be somethings you won’t want to compromise on and that’s okay, it’s not about making your own life a misery but if you want to save money you have to be serious about it! So there you go Money Advice Service, those are my tips. What would you all add?