With the news last year that Thunderbirds was making a return to our screens without the benefits of Supermarination, we all wondered what it would be like. It would be kind to say that the only good thing about the feature film was the Thunderbird vehicles wouldn’t be unfair either.

Fortunately the new TV show stays honest to the spirit of the original series whilst updating it dramatically. The fact it doesn’t use puppets doesn’t really matter, Gerry Anderson only used puppets generally because he couldn’t get the budget to make live action TV.

There are lots of exciting things surrounding the new TV show, which is now available to buy on DVD. In fact volume 1 of Thunderbirds are Go! is only £10 at Amazon. The Thunderbirds website is live and taking sign ups.

Like any good kids website it has parent authorisation for kids setting up accounts. The boy set himself up with the code name UnderwaterDiagnostics79 and no, I have absolutely no idea whatsoever how he came up with that one. Lord only knows. 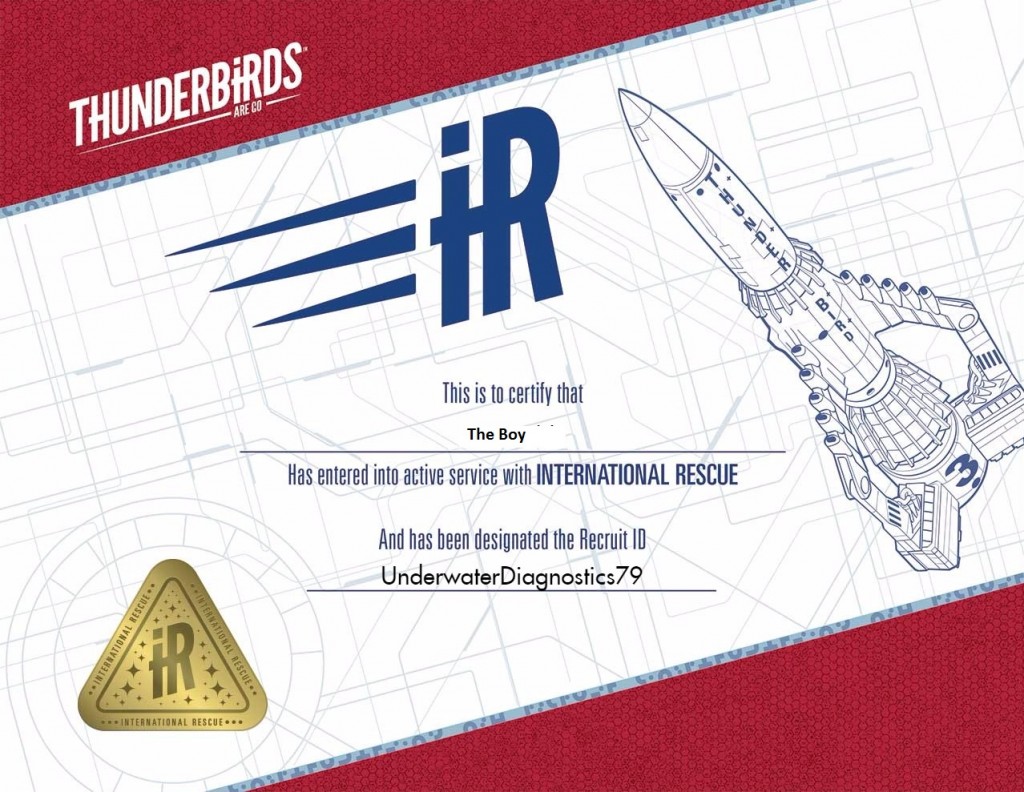 There are different missions you can do around the website which involve all the Thunderbirds and also mobile apps that open up other adventures. It’s kept the boy busy, although he still has some badges to win.

Of course the main point of interest is the TV show, in this instance showcased by 13 episodes on volume one of the series on DVD. This is the first half of the series, the second half is to follow. I must admit I was impressed by the voice talent that they managed to get onboard, especially Rosamund Pike as Lady Penelope.

When I asked the boy for his views on the series, he said:

Each vehicle starred in it’s own episode, which meant that you got to see what each of the Thunderbirds could do, which was good. The Tracey’s are really cool and have good uniforms. The only problem is the episodes could be longer and then there could be more story in each episode. My favourite is Alan because he flies the spaceship and spaceships are really cool. My best episode is Space Race because it has Thunderbird 3 in it and that’s my favourite Thunderbird!

Each episode is around 22 minutes long, which isn’t bad for today’s short attention span TV. I have to admit, I was more a Captain Scarlet fan when I was little (that and Stingray!) but from what I’ve seen of the DVD (that’s been on endless repeat in our house), it looks good fun.