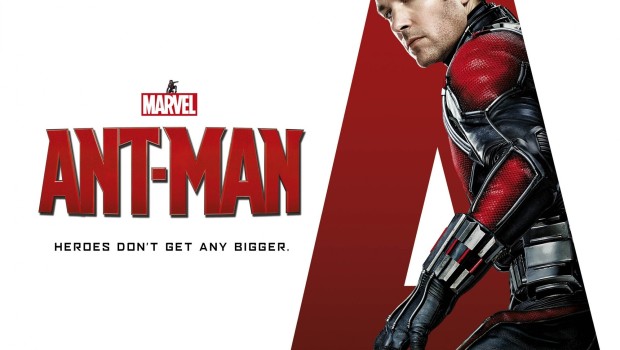 On Monday I was lucky enough to go to the first showing of Marvel’s new movie, Ant-Man, in 3D. It was two days before the European Premier, which is today, and I got to take my daughter along. In fact, it would be more proper to say that my daughter and I were invited; the film has a very strong theme of father/daughter interaction- Hank Pym and his daughter Hope need a reconciliation and Scott Lang is estranged from his family after doing a three year stretch in prison for burglary.

Scott Lang is a very very good burglar. Hank Pym knows this and rather surreptitiously recruits him to steal some technology from the company he used to run but was ousted from by Darren Cross (Kevin Spacey’s stooge, Peter Russo in the rather excellent House of Cards). So at it’s heart Ant-Man is a heist movie, with super-heroes, and more laughs than any dozen comedies I’ve seen in the last few years.

As far as the plot goes, it’s one of the better super hero stories- it makes sense for a start. Hank Pym was a top scientist who hung out with other top scientists way back, including Tony (Iron Man) Stark’s dad and various dudes from SHIELD. He came up with the Pym Particle, something that effectively allowed him to create a suit that let him shrink down to tiny size and back up again. He kept the disproportional strength of a fully sized person when he was little, which let him whack people when tiny. He refused to give his formula to the establishment and went into self imposed exile but now his protégé who hijacked the company from him has come close to replicating the formula and wants to sell it to the highest bidder. Hank needs a brilliant burglar to steal the formula and everything back…

Paul Rudd is brilliant as Scott Lang, he gives a really rounded performance as a cat burglar who wants to go straight but is thwarted at every step. Michael Douglas and Evangeline Lilly also do a great job as a bickering father and daughter but for me, and many of the audience, Michael Pena stole the show as Luis, a rather rubbish criminal that Scott met inside. The two instances where he recounts where he got tip off from are so well done, they had everyone, including Fifi, in stitches. Edgar Wright may have ended up not directing Ant-Man, but you can see his influence throughout, especially in the two Luis expositions (one of which has the obligatory Stan Lee cameo).

The human element is to the fore though, and despite the obvious proliferation of CGI, the story is rooted in people, which is why it works so well. You feel for Hope’s frustration with her dad, Scott’s desire to provide for his daughter, and you want it all resolved properly.

It might be a 12A (I counted about 4 shits for what its worth) but it’s definitely the most family friendly super hero movie I’ve seen, the violence is restricted to the big set piece against Yellow Jacket at the end, which is exceptionally funny in it’s own right, but the film doesn’t suffer for it. Despite being laugh out loud funny in more places than most modern comedies but it still fits in with the Marvel Universe well, as the raid on an Avengers depot highlights. When Ant-Man duffs up the Falcon, Falcon makes the brilliantly observed comment, “Just nobody tell the Capt about this.” as Ant-Man makes off with a McGuffin.

Ant-Man works in the Marvel cinematic universe but is different enough from films like the Avengers to appeal to a wider audience. I’ve seen all the Marvel films now, and this is probably my favourite. It’s easily as good as the first Iron Man or the first Captain America and it’s just so much fun, you can’t help coming out with a big idiot grin all over your chops.