Now that school is back underway (boo hiss!) we’re attempting a week day block on screen time entirely. While this may seem draconian, it’s better to have nothing and not have the fuss when the allotted time is up when you have something.

It’s not been easy and to be fair, it’s been mostly down to wifey to sort it out as I have and continue to be exceptionally busy at work. The kids are up in the morning when I go but I’m back just about in time to put them to bed (more or less). We have one exemption; educational apps on the tablets- Fifi and the boy are using Squeebles and Ned is using several phonics and number apps.

This has led to a lot more playing, some extra mess and, after a fight, and some standing over them, some more reading. That it’s a struggle to get the kids to read is disappointing; both wifey and I were voracious readers when we were little but I suppose it’s also a reflection on the fact that kids telly ran from 3:15pm to 5pm on 2 channels when we were little. That and the fact that both BBC1 and ITV churned out some dreary crap. Up to 4pm was stuff for the little kids, 4-5 was for primary schoolers and gone 5 was for young secondary school aged people (more or less). There wasn’t as much to watch and firing up the Spectrum to play some games was fairly time consuming in itself, especially when we only had one television in the house… 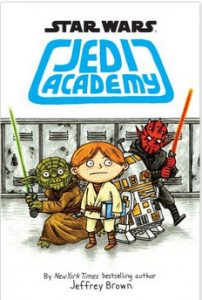 Fifi is currently reading Charlie and the Chocolate Factory after a trip to the theatre to see it. She seems to be enjoying it and we’re both glad that she seems to have stopped the opening-a-book-at-a-random-page-and-pretending-that’s-where-she’s-read-to phase- that was really irritating, especially when coupled with the pretending-to-read-100-pages-in-five-minutes-then-crying-when-called-out-on-it phase. The boy is a lot more straight forward; we’d just get half an hour of rolling on the floor and sobbing from him before he climbed down and agreed to read some book. He’s currently reading the Jedi Academy books. They’re a mixture of comic panels and pages of text; quite easy going but have engaged his enthusiasm and will hopefully let him continue on to slightly more stretching works. He’s read the first of the Spiderwick Chronicles and it’s our hope he’ll go back to those when he’s finished the final Jedi Academy book. With the boy, it’s less what he’s reading, more that he is reading. Eventually it’ll become a habit, then a routine, and he likes his routine.

Me, I’m working my way through the additional Malazan books after finishing the rather brilliant Malazan Book of the Fallen sequence, while re-reading Tad Williams Memory, Sorrow & Thorn series, ahead of the new books set in the world. Memory, Sorrow & Thorn is one of my all time favourite fantasy series, and when I picked up the first book, the Dragon Bone Chair, in the late 80s, it helped cement my love of epic fantasy. 25 years on I’m enjoying it again, which I suppose shows that I’m equally stuck in my ways!