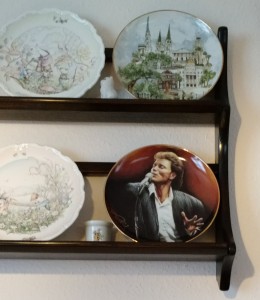 We spent most of Christmas Day around my parents. Whilst it’s nice to spend it at home with the kids, especially when they’re this little, we invariably spend every other year round my parents. They’re local (less than 20 miles away) but both in their 70’s now and with mum’s bone cancer, we thought it prudent to not drag them over this year.

The day was pretty old by the time we headed over there at around 10ish. The kids nocturnal attempts at getting up were: 1:49am, 3:00am, 5:00am and finally 6:30am. We were pretty knackered by the time we drove off but relieved that nobody had been disappointed with their gifts. We try hard but we’re not the sort of family to buy Christmas on the never never and oddly, with the stuff we get to review from blogging, actual gifts can sometimes be a little anti-climatic (we had Anki Overdrive to review a week before Christmas, which was brilliant but more than we had to spend on an individual child), so it was a relief that they liked what we got them, despite the boys initial Christmas list coming in at about two grand (ever the optimist).

The kids like both their sets of grandparents, and know they can get away with murder, so they were over joyed when we arrived.

And so once more I sat staring at Sir Clifford of Richard, with his excessively large thumb, singing down at me, as I chowed down on roast potatoes, turkey and all the trimmings at my parents dining table.

It’s always a bit funny going back to my parents house. I lived there from the age of 7 (when we moved in) until I moved in with wifey 20 years later. Not a great deal has changed; there’s still a load of my stuff in the bottom of my old wardrobe, and the carpets are eerily familiar. I get a strange feeling of pseudo-nostalgia whenever we go round there- a sort of yearning for the simplicity of being a child and not having the responsibility of a grown up that completely ignores the fact that I was pretty miserable for a lot of the time when I was little- through no fault of my parents though I should add. That and the fact that my Action Force is still there somewhere…

The boy and Fifi spent a large part of Christmas Day building LEGO- the boy got the Doctor Who set and Fifi the Mystery Machine. They were also lucky to accumulate some Christmas money. The boy being the boy spent all of it in one go on the Mos Eisley Space Port set. It’s being discontinued and we almost caused a punch up in John Lewis buying it. I picked it up to look at it just as another child tried to slide past the boy to get to it. He loitered in my personal space but I ignored him until the boy had made his mind up and decided to buy it. After our purchase I heard the other lad’s grandma asking the staff if they had any more out back and I’m sad to say there were tears when the answer was no.

I feel bad about it  but the boy had desperately wanted a LEGO set with Han Solo in it, especially after the events in The Force Awakens (which I’ve now seen twice but the boy boycotted the second viewing in protest about THAT moment), and it’s not as if he hasn’t loved building it- just look at him.

So, we survived Christmas, and even had fun. I hope you did too!