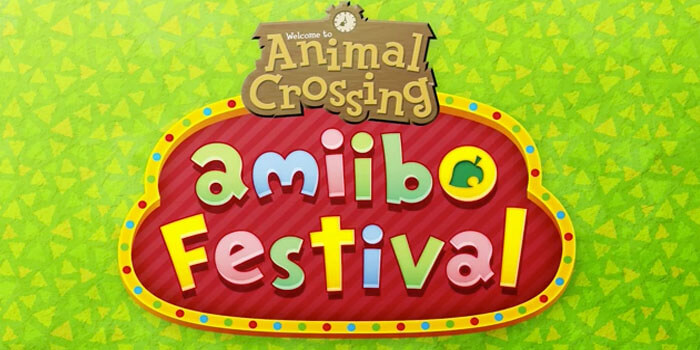 We’ve had fun playing with our amiibo in various games, most notably Super Smash Bros, but Animal Crossing:amiibo Festival is definitely something of a first as it’s the only game right now built from the ground up to work with amiibo.

Animal Crossing: amiibo Festival is basically a (part) virtual board game that uses the amiibo figures to wander around collecting bells that are then (at the end of the game, which is 30 odd turns- a month in game time with each turn taking a day) turned into happy points. The winner is the person who has collected the most happiness points. Since you can pick which month you want to play, you get seasonally appropriate holidays chucked in too.

As you move around the board, you get to experience the sedate pace of life that is apparently fairly unique to Animal Crossing. There are little animated set pieces when you land in certain areas, which are quirky and entertained the kids to differing degrees- I think this is the sort of game that Fifi enjoyed a lot more than the boy. She’s 6 and two years younger than he is, the lack of requirement for twitch reflexes and that sort of skill set makes this a lot more fun for younger players.

Aside from the main game, there are a series of mini games that add extra depth to the experience, Fifi’s favourite of which was  Acorn Chase.

I have to admit that Animal Crossing: amiibo Festival confused the hell out of me. And the boy for that matter. It’s not the sort of conventional game I’m used to playing but Fifi absolutely adores it and has been hogging the television endlessly playing it. If I look on her tablet it perhaps gives me a better understanding; it’s full of apps where all you seem to do is groom cats or wash dogs. I hadn’t appreciated that pet ownership apps were such a big thing but apparently they are. In that sense Animal Crossing: amiibo Festival makes a lot more sense. It’s calm, beautiful to look at and full of joyful little touches that would be a million miles out in something fast paced or action packed.