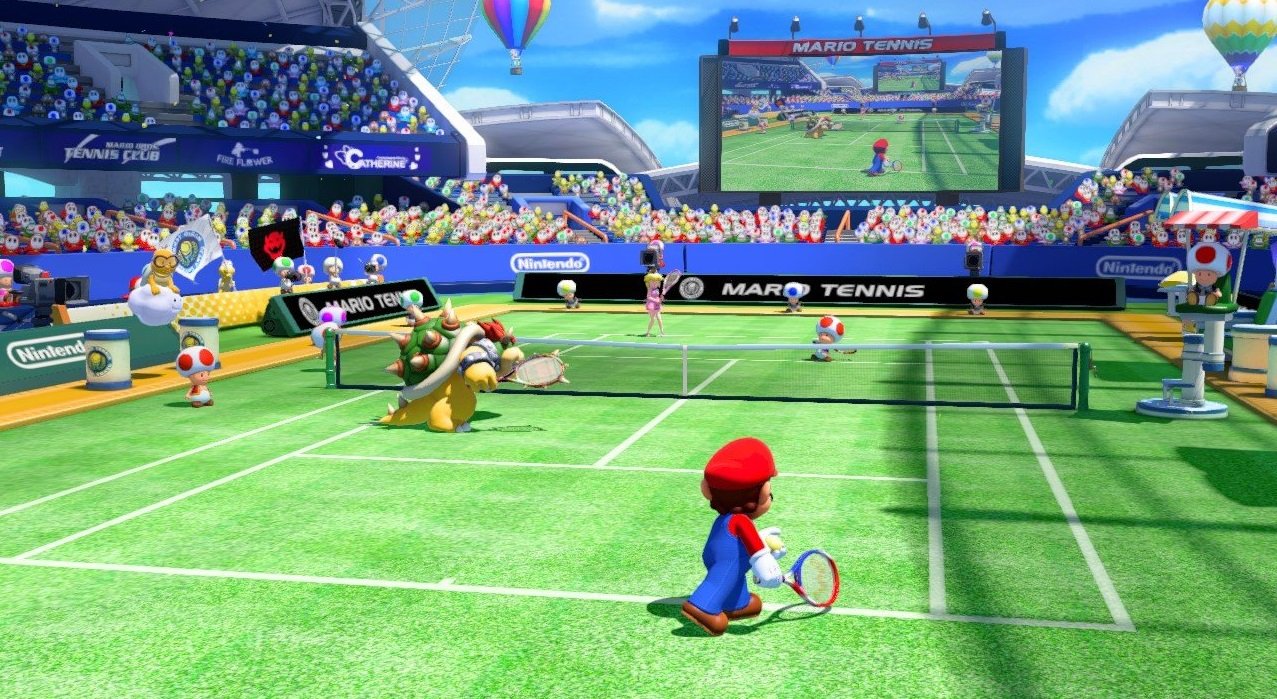 Tennis games are all about the multi player, and that’s what made Mario Tennis on the N64 the third best multi player game on the system. There’s nothing wrong with being third best when you have Mario Kart and GoldenEye in front of you!

So it was with multi player firmly in mind that we typed in the download code kindly provided by Nintendo, and a little later fired up the game. The menu screen presents you with four different options, Classic, Mega Battle, Knock Out Challenge and Mega Ball Rally. So far, more Mega Smash than Ultra Smash but we decided to hone our skills on Classic, which basically plays a more straight forward game of tennis than the other modes by excluding the power-ups.

The first thing I had to do was re-teach the kids how to play video tennis- their favourite tennis experience on console is probably the Wii Sports Tennis where you use the motion controller to whack the ball. Fortunately both the boy and Fifi play enough video games to have hand to eye coordination good enough to quickly pick up the fundamental change in control dynamic and we’re soon off.

Classic mode isn’t complicated; you can choose “simple” mode (it removes jump shots and chance shots), how many games in a set and how many sets you play, and your characters and that’s it. There isn’t a choice of courts as there is only the one arena but there are different surfaces and then you’re off. After a couple of hours on Classic, the kids are tied pretty much neck and neck in terms of ability and I’m surreptitiously throwing a lot of points to keep them interested when we play against each other. I don’t doubt this will change, because they can now utterly thrash me at Mario Kart since they’ve learnt every single short cut in the game.

Having sorted the basics, we move on to Mega Battle, which turns out to be a lot like Classic but with the random addition of giant mushrooms being chucked on to the court to turn the player who collects them HUGE! The distribution seemed pretty random but I couldn’t really convince the kids, who were both adamant that the game was favouring the other one. Kids eh?

Knock Out Challenge and Mega Ball Rally are good enough fun- the first is a tennis game equivalent of a fighting games survival mode, where you play until you lose, the second just seems to make your ball big. We stuck mostly to Classic and Mega Battle to be honest but it was great fun unlocking extra stuff by winning coins. First port of call had to be Toadette for Fifi- not that there aren’t a good selection of female characters from the start but Fifi is very much into “cute” and I struggle to think of a character cuter than Toadette. The extra courts are pretty good too- sliding around on the ice court, trying to keep up with the pace of the carpet, it all adds to the fun. 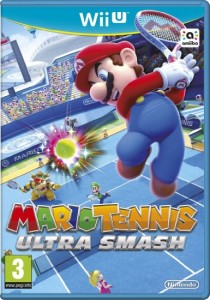 Personally I’ve always found tennis games only really come alive in multi player. I can happily play football for a while against a CPU until I find the tricks it can’t compensate for but with tennis I’ve never really felt the single player love. That leads on to the issue with multi player, which is it’s often harder to play when you’re at the “top of the screen”- we all find it easier playing at the bottom to the top. Fortunately you can use the Gamepad for player 1 and have player 2 at the bottom permanently, which is the best of both worlds as far as I’m concerned.