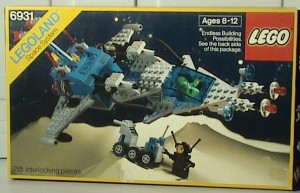 one of the 1st LEGO sets I had!

I’ve been lucky enough to be a LEGO brand ambassador for a few years now. We get invited to launches and get sent some sets to review too. Out of all the schemes I’ve been on, it’s been the one I’ve probably had the most enjoyment from; watching my kids pick up the same love for building things out of LEGO that I had back in the early 80’s when my parents first bought me some fab Space LEGO.

You can see plenty of LEGO set reviews on my site here, but what I thought I’d take the start of a new year to do was to look at some radically different uses for LEGO. At it’s heart LEGO is a toy but it can and is used for so much more, so I wanted to take a whistle stop tour of what you can do with it over a couple of blog posts.

As far as I’m aware none of these uses are officially supported or recognised by LEGO themselves (I’ll amend the post if I’m wrong) but they show how incredibly flexible the words most popular construction toy actually is.

No, it’s not a bunch of adults sitting and building the Millennium Falcon, the Death Star or reliving their youth (although I find that relaxing myself, it’s not exactly therapeutic), instead LEGO Therapy is used for kids with Autism Spectrum Disorder (ASD) to help them develop social interaction skills that may not come naturally. It’s a fascinating area, and this short 5 minute video is really worth a watch if you want to find out more.

The research backs it up too:

I know that in speech and language therapy they often use LEGO minifigures as counters to better engage the kids. A strange room with strange people is made less “strange” by the presence of something familiar and if that’s a LEGO figure you can move on to certain sounds when the therapist asks you too, that works for me.

The earliest reference I can easily find on Google for using LEGO bricks to help kids work fractions dates back to early 2011 but I’m sure people have been doing it for much longer, it just makes sense. If you Google “LEGO Fractions” you’ll see stories as recent as this week written as though it was a particular teacher in a particular school who literally just invented this method of working on fractions.

How does it work though? Simplicity itself: 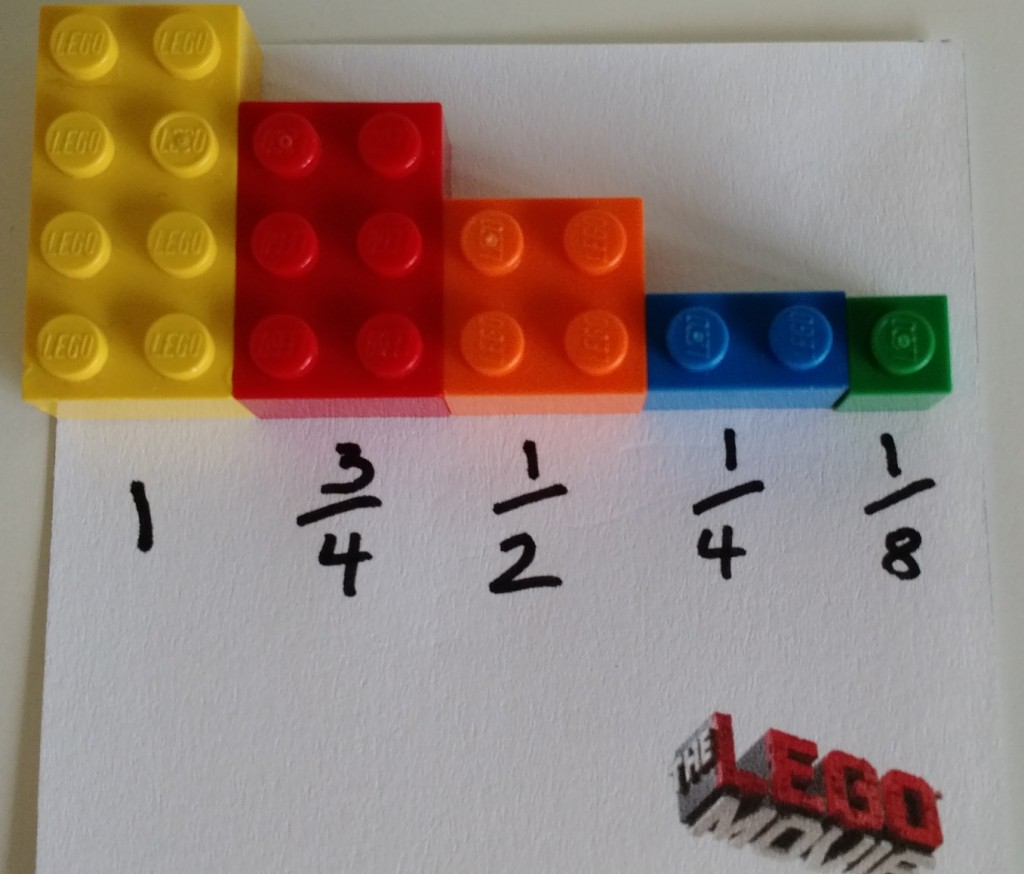 If using LEGO for fractions is elegant and clever, using Duplo for letter recognition and spelling is also a pretty good idea too. Our 4 year old has a habit of making a capital E out of his Duplo (it’s “his” letter) but a more practical approach is to simply take a selection of bricks and use a permanent black marker pen to write letters on the side. If you rotate the bricks sideways first, the kids can make horizontal words with a little practice. This is a great use for Duplo- we found that the younger two kids wanted to move on to “big kid” LEGO because their older sibling(s) were using it but we had lots of perfectly good Duplo. Once it’s done it’s job as letter blocks, a vigorous rub with a duster will lift the permanent marker off!