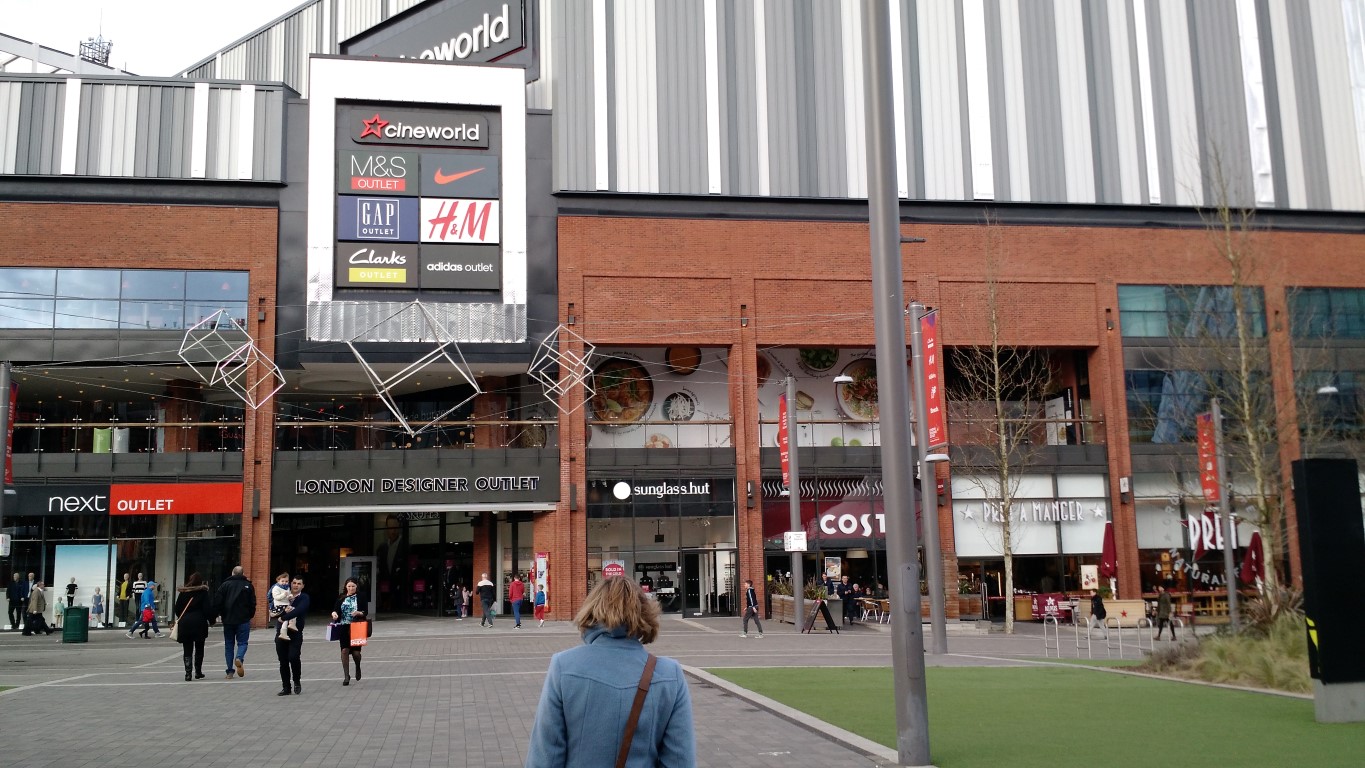 On Sunday we were guests of the London Designer Outlet centre to test out how good they were for a family with a stressed Dad trying to sort out the kids gifts for Mothers Day. Whilst our kids always like to knock up  something with ample supply from the craft cupboard, increasingly they want to get their Mum something from an actual shop. Especially Fifi, she loves shopping. To facilitate this, we were kindly given a £100 voucher, another £50 voucher to give away (see below) and offered a complementary lunch at the Ping Pong Dim sum restaurant. 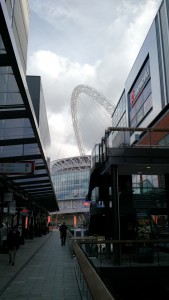 The London Designer Outlet centre is situated right next to Wembley Stadium, just off the A406 (North Circular. Those of you that regularly read the blog might remember we went there ice skating in December. We don’t spend much time round the shops now we have three little kids because it often turns in to a waking nightmare- crowded shops, kids running off in all directions, fire and brimstone coming down from the skies! Rivers and seas boiling! Forty years of darkness! Earthquakes, volcanoes… The dead rising from the grave! Human sacrifice, dogs and cats living together… mass hysteria!, that sort of thing.

But whilst it did get busy towards mid/late afternoon, from 11 o’clock until about three the spacious paths and large shopping units weren’t excessively crowded. We almost didn’t almost lose a child (if that makes sense). Compared to the crush at Bluewater or Lakeside, it was a breath of fresh air anyway. 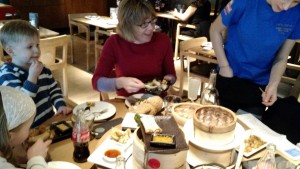 Tasked then with sorting out wifey for (a typical ‘Cool family “unconventional”) Mothers Day, we hit the Nike, Addidas, Asics and Trespass shops. Wifey you see, has entered the Race for Life. Leggings were looked at, joggers discussed, running shoes examined. It’s was tiring, which meant we worked up quite a good appetite for lunch. There are many many eaterers at the LDO, clustered around the 9 screen Cineworld cinema, but for our first proper dim sum experience, Ping Pong would have been hard to beat. 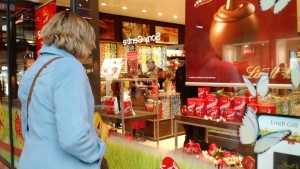 After lunch we hit GAP and a few other stores (I may have gone and hidden in the Sony Centre at one point) until Ned spotted the Lindt store and was mesmerised by the chocolates on display. That’s one little lad that certainly takes after his mummy in some important aspects!

In typical fashion, we even ran out of time to catch a movie at the cinema, so we’ll be popping back to see something shortly no doubt.

Parking is free if you spend more than £30, which is great as a lot of centres now charge for parking.

If you’d like to win a £50 gift card that’s valid in all the stores at the LDO, simply answer via Rafflecopter below: