You might have read my post from last week about how football can bring you together as a family, and if you didn’t shame on you but you can read it here! Getting involved in watching football is great fun to do as a family, especially in a tournament environment where everyone can pick a team to get behind. Kids kits are cheap enough that you can even get them a replica shirt to make it even more exciting. Not that we’ll need much help to make the UEFA Euro 2016 exciting mind you, it’s going to be a festival of football without a doubt. 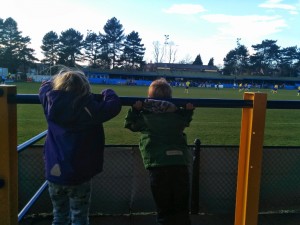 However something even more exciting is actually attending a football match and breathing in the atmosphere. A little while ago I took our two eldest to their first football game. Whilst it wasn’t in the same league as the upcoming  warm up match that England are going to play in Germany against arguably the best national side in the world (bar us of course!) on 26 March, watching St Albans, our home team, of the Southern Football League Premier Division, in action for the first time was a pretty special experience.

Clarence Park, our ground, has a kids playground right next to it, and it was telling that the excitement on the pitch entirely put the thoughts of the playground out of their mind!

But even better than watching either your local team (or national team) would be to actually go out on to the pitch alongside a footballing hero- as a family of Arsenal fans, the boy or Fifi could walk out alongside the likes of Danny Welbeck or if the footballing Gods are smiling, a fit again Jack Wilshere. How? I hear you ask, well, as I mentioned the previous post, McDonald’s are running an ace competition where you can win one of three opportunities to have your kid walk out as a player mascot in one of the group games in late June and early July.

How unbelievably cool would that be? To make sure that it’s proper football lovers that wins, McDonald’s have a simple to enter competition, all you have to do is upload a photo of your child showing their passion for football: cheering on their country, celebrating a goal, or supporting their favourite team via the entry form that you can find on the UEFA Euro Lets Play competition page.

The competition page contains all the terms and conditions you’ll need to know but the important thing is to capture that moment when your kid is utterly caught up in the moment. Because after all, that’s what something like the UEFA Euro 2016 tournament is all about, the emotion and the moment!

Talking about the emotion and the moment, here’s our attempt to capture it: 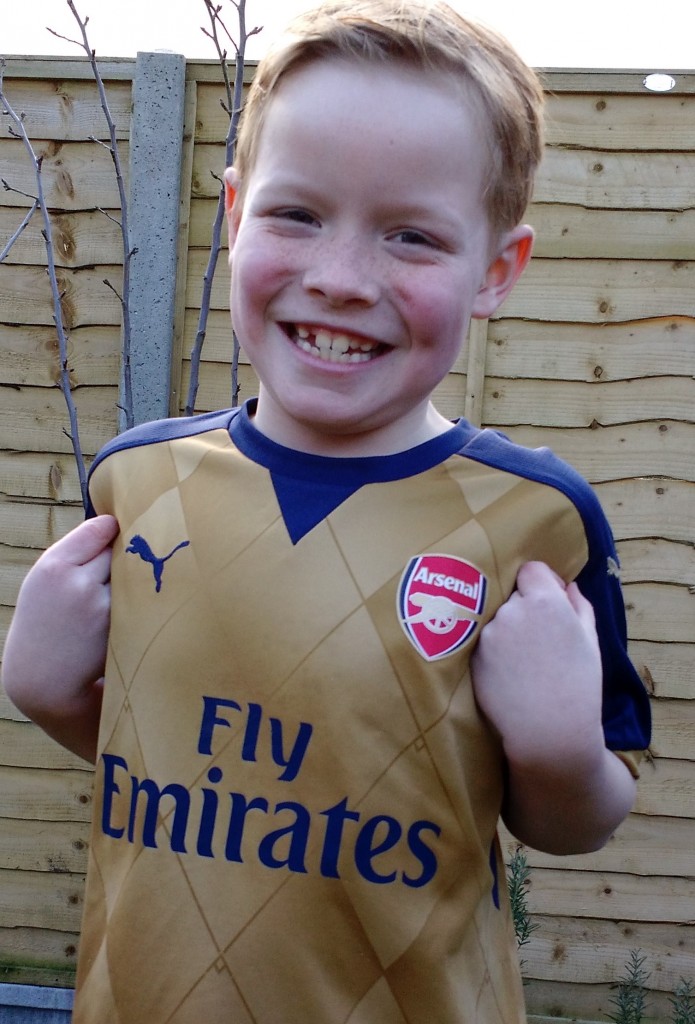 Celebratory lap of the garden after beating Everton 2-0!