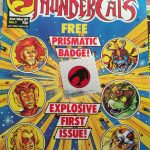 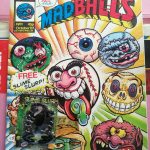 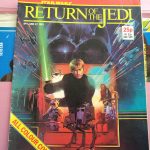 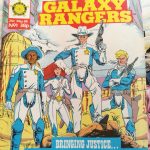 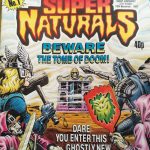 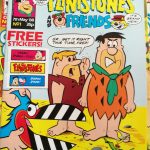 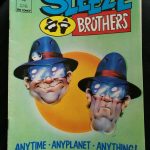 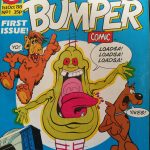 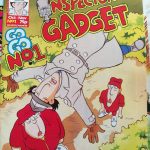 At some point in the late 80’s Marvel obviously panicked and decided to release a huge slew of licensed tie in comics in the hope that a few titles would stick. Buoyed by actually owning issue 1 of Return of the Jedi from 1983 (sadly I lost my badge in the news agents under a big display unit), I obviously decided to buy a lot of the first issues and bung them in a folder for almost 30 years.

Some like Galaxy Rangers didn’t make it into double figures (it was folded into Thundercats after 8 issues), some lasted a bit longer: Bumper (31 issues), and Thundercats (129 issues). Some of the others, I can’t even find on the internet.

The young me obviously thought he was making a canny investment for the future me to reap the profits from but looking on eBay, I don’t think I can retire on the proceeds just yet.

The comic missing from the picture is issue one of Transformers. I’ve got the first 30 odd and then the odd run of four or five issues up to the mid 150’s. I stopped buying it after the first 30 or so because the quality of the writing and the art work went downhill very very quickly. The first issue was full of “The noble Autobots shall protect humanity from the Decepticon scourge”  language which quickly descended to “Stick it in neutral Megatron“. Given how ludicrously verbose I was back then (I used to sit with an old hardback 50’s dictionary learning obscure words), the former interested me but the latter most certainly didn’t.

I only rediscovered my stash of comics (and issues of Doctor Who Monthly/Magazine) recently when my parents offloaded a box of my old stuff on me. Needless to say the 9 year old has been through the box with precise care and examined all the comics. He’s even bagged some of them up in comic bags for me! As well as those above, there are some issues of 2000AD, Eagle, Warlord, Battle & Action Force, some Marvel UK Punishers and the odd US Marvel or DC comic. It’s a cornucopia of comic books in our living room at the moment…