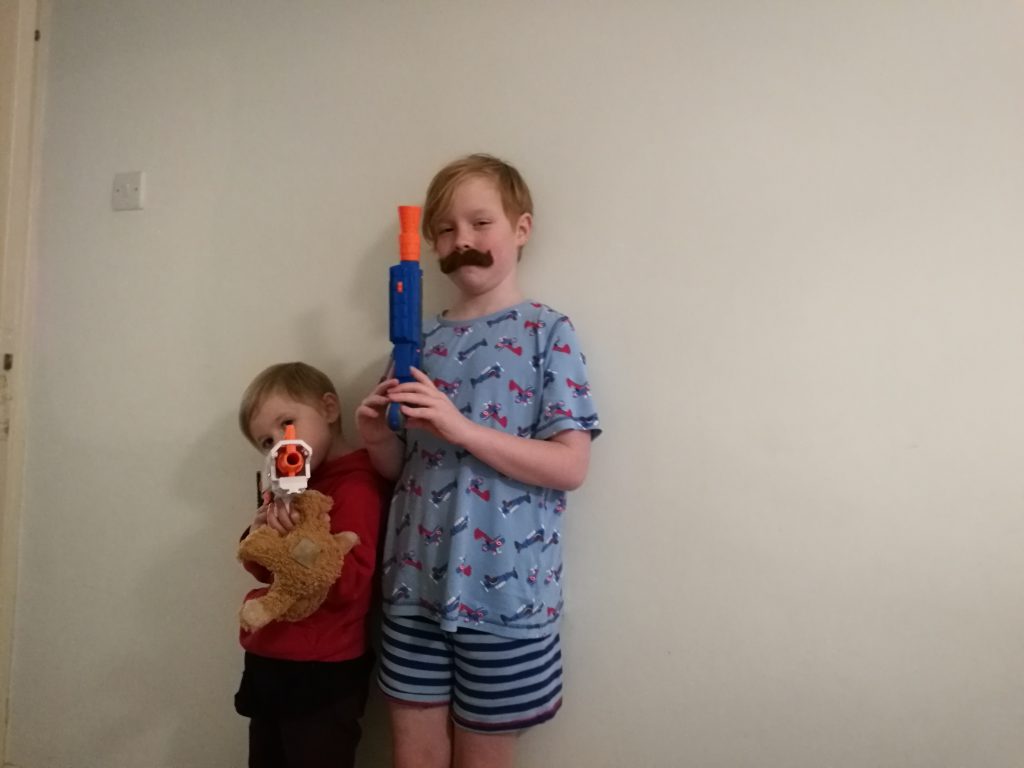 Our kids lust after toys. The first draft of their Christmas lists came in at the price of a family car. The lists included retired LEGO sets that sell for £600, everything NERF have ever made, and more cuddly toys and sweets than the Child Catcher would have probably accumulated during his career.

Even when the lists were whittled down to the tiniest fraction of a tiniest fraction of the original, they got a good haul of toys. It would be good if they played with this good haul of toys. The boy likes collecting things, to him he gets pleasure from the act of owning things. His large collection of LEGO is on display and he’s now into Magic The Gathering, so he’s happy. Fifi is obsessed with owning soft toy dogs, as though accumulating as many of them as possible with weaken my resolve to never ever own a dog. And Ned? Well Ned is the odd one out in a sense as he actually plays with toys.

Of course, now they have a surfeit of toys, all they’ve spent the post Christmas period engaged in is endless rough and tumble. Wrestling, scrumming, kicking each other and watching TV has been the order of the day and any attempts to get them to do anything else have been fruitless. “We’re bored” they say, “Play with some toys” we say, “Shan’t” they reply.

Attempts to charity shop the older stuff are the only way to get them to play with anything because obviously the threat of removal of the BatCave Imaginext is the only thing that can make a toy that has been untouched in two years exciting.

The rough and tumble would be okay if they did it in a tidy environment that was a smidge safer than rolling over plates of food they’ve left there, toys they’ve pulled out and thrown on the floor or items of furniture they’ve pulled out for no discernible reason. And while I’m at it, why is it impossible for a child to walk through an open door without fiddling with the door, moving it or twiddling with the handle. How hard can it be?

The kids are back to school on Monday (we’ve had two inset days this week), which is long overdue in my book. Roll on the weekend…