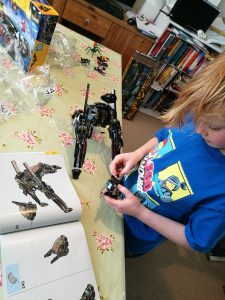 While we all know what the Batmobile looks like, and even reviewed it in LEGO form, but the new LEGO Batman Movie has plenty more up it’s sleeve than old favourites. Thankfully, they decided not to make a set out of the Batshuttle or the Batsubmarine that featured in the trailer (Batman is a man after my own heart and loves gadgets, he just happens to be a billionaire so can afford more than me!).

The Scuttler is one beast of a set. In fact its literally a beast, a giant bat in fact. There is quite a lot of Technic type LEGO bricks in the set, which facilitate the Bat like movements- all 4 legs/wings move. It has a Net Gun and it has a compartment with a JetPack for Batman (although the boy currently has Robin piloting the thing because for some reason, Robin is the best thing ever).

The front legs are on rails and extend, letting the Scuttler rear up over whatever Batman (or Robin) is pursuing. It’s a complicated build with a big fat book but it is pretty sturdy once built. It kept the boy occupied for a few hours in terms of building and he’s been playing with it since without it requiring any major rebuilding work. 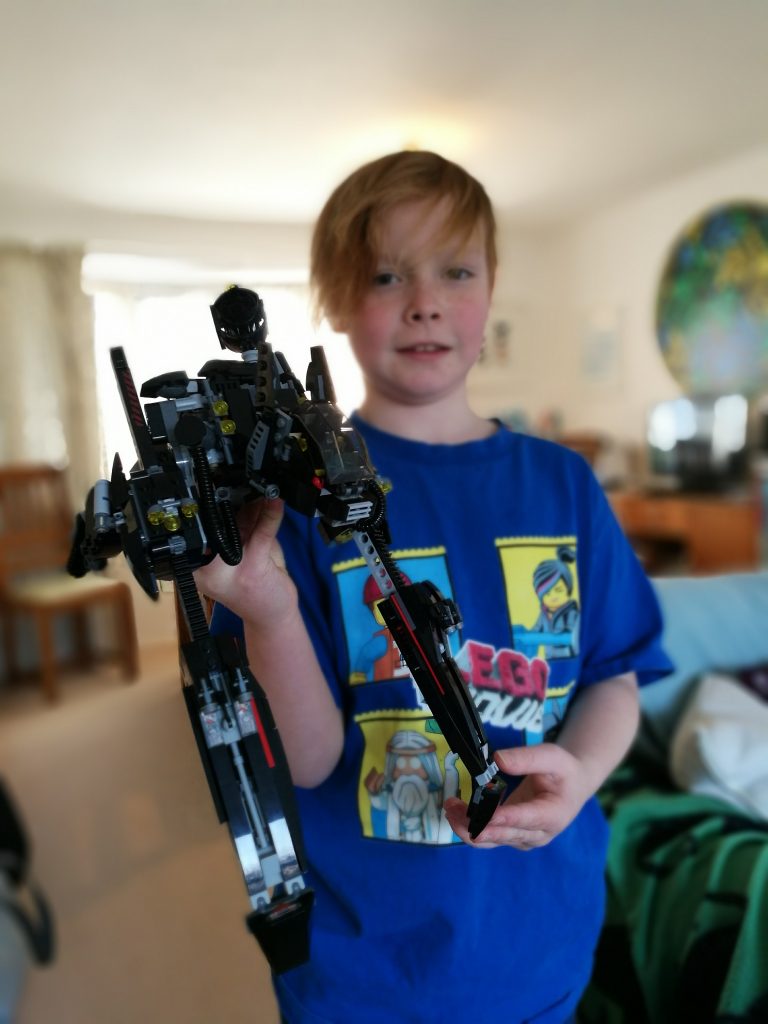 The Scuttler is out now to buy, with a recommended retail price of £84.99 and is available to buy from good retailers including Amazon.