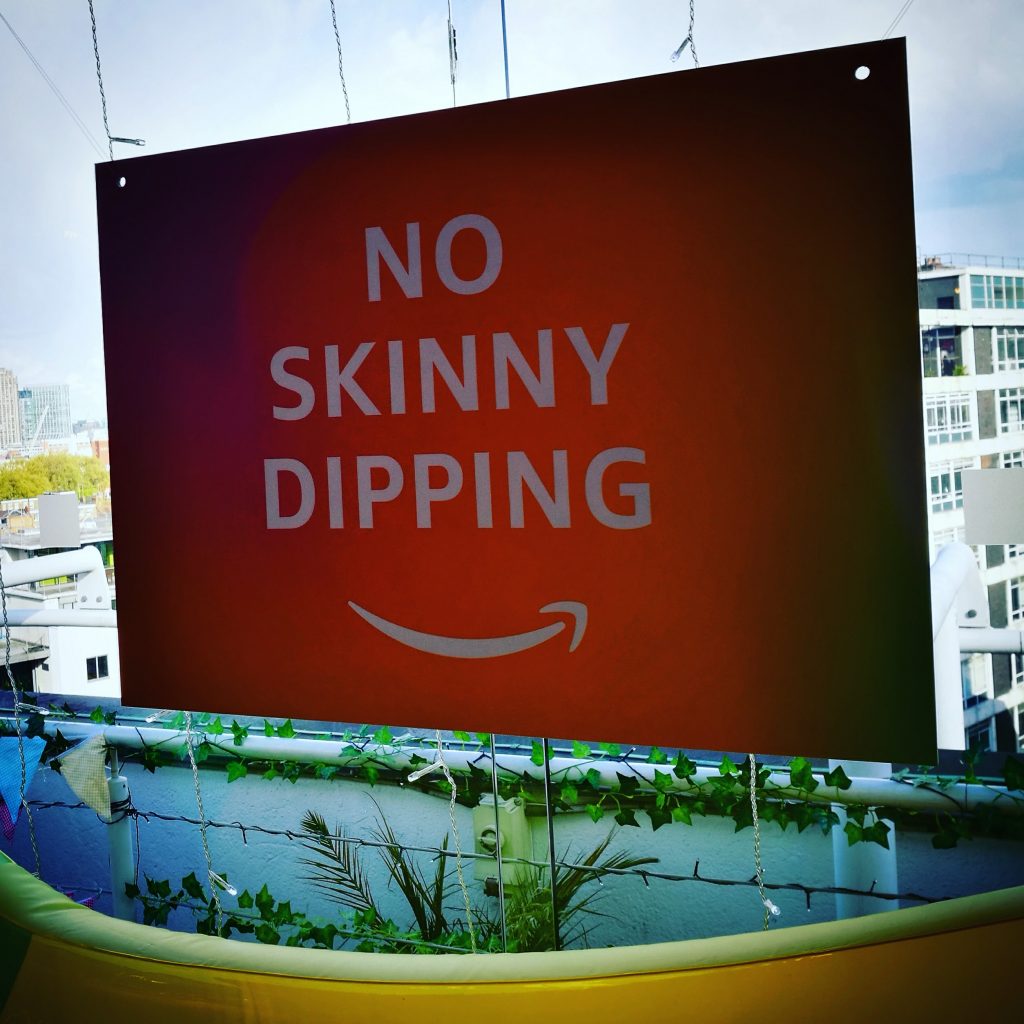 A couple of weeks ago now I was invited to the Amazon Now It’s Summer rooftop BBQ in London. It’s taken me a couple of weeks to blog about it as I thought it would sit well with a lovely upturn in the weather but since outside is still doing it’s best impression of late Feb/early March, I’ve scrapped that idea. Ironically Amazon’s  #NowItsSummer store itself is actually weather reactive when it comes to recommendations- if it’s sheeting it down outside, you can guarantee it’s clever algorithms won’t be recommending suntan lotion; you’re much more likely to get brollies or wellies. Perhaps I can stop asking my Echo Dot what the weather is going to be like every morning and just check out the Now Its Summer Store.

I jumped on the train to London after work, armed only with the postcode of the hotel I was off to. I knew it was in Bloomsbury and therefore walkable from St Pancreas, other than that, I had decided to rely on my new smartwatch, a Huawei W1. One of the clever things Android Wear can do is pipe the Google Maps directions to your wrist, so you don’t have to be wandering around city centres with your expensive smart phone out.

It worked well and got me there quickly and to my chagrin, it turned out the hotel in question was literally next door to the accountancy college I studied at half a life time ago.

Up on the roof were a representative array of summer and camping gear that you can get delivered from Amazon. Amazon isn’t the first name you might think of when you need to do some gardening or stock up for a festival, especially when you’ve been shopping with them as long as I have but the range was pretty massive. 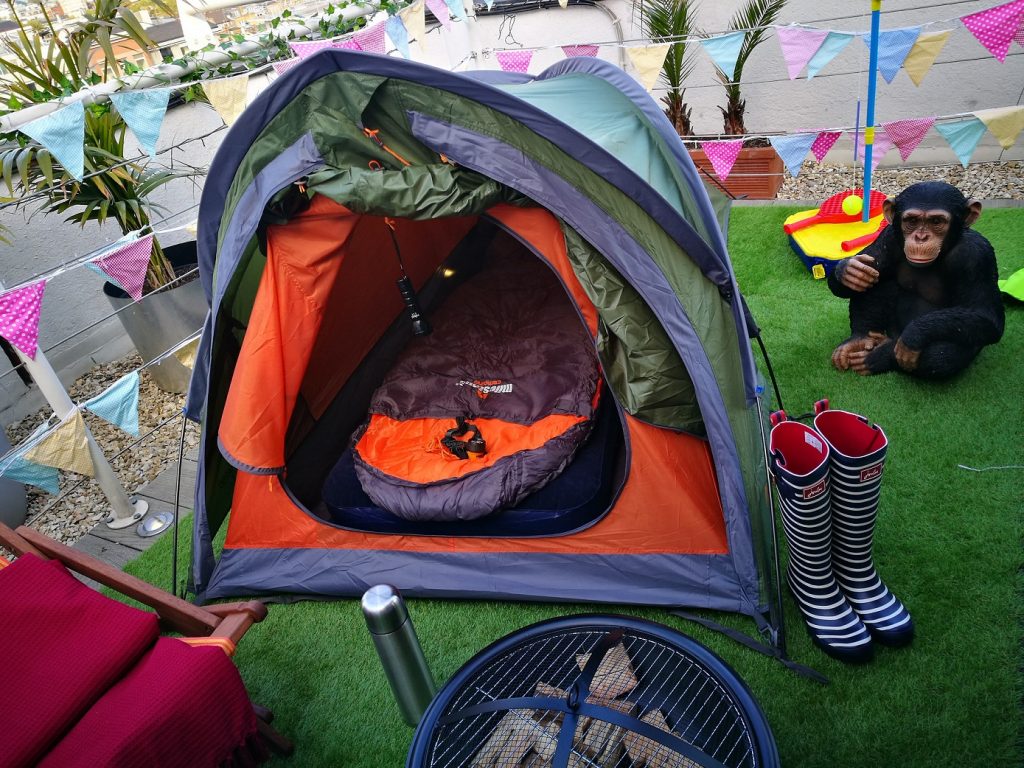 All this, including the chimp, is available to be delivered to your door, most of it is Prime eligible too. I can vouch for the quality of the stuff too- we have the firepit/BBQ, four of those sleeping bags and another tent from that manufacturer. Buying camping gear is actually a very fine balancing act; it has to be good enough to be robust and up to the job but if you go too high end, there is always the chance some toerag will steal your big expensive £1,000 inflatable tent.

The event wasn’t just about camping stuff though, Amazon now do a large range of gardening equipment.

NOT a beer grabber; but it does work rather nicely as one. You can also get grow your own stuff, and a full array of gardening equipment, including some fairly funky garden irrigation systems. Ever the practicalist, my attention was caught by a collapsable Hozelock hose that looked like it might solve the problem of too many kinks (stop it!).

The thing is, with all this bulky equipment that you might normally drive to a garden centre or DIY shed to look at and buy, is that you still have to get it home. Which can be no mean feat, especially with a large number of children in the car. Buying tents can be hit and miss anyway since a lot of places don’t have them erected (stop sniggering) and the chances are the places that do don’t have the keenest price. If you can read reviews on Amazon from people that actually use them in the field, it’s as easy to let someone else lug it to your front door in my mind.

If you’ve got Amazon Prime (we do, and I’m loving the Hap and Leonard series at the moment), and you’re covered by Prime Now (again we are), you can even make up for the lack of a waterproof or brolly if the weather turns by getting one delivered in an hour.

I am pretty in to the Amazon ecosystem; we’ve got Kindles, FireTVs, tablets, Echo Dots and Prime, so for us, this is a sensible logical step forward. There’s nothing quite like asking Alexa to play some child room clearing music when you want a bit of peace and quiet!