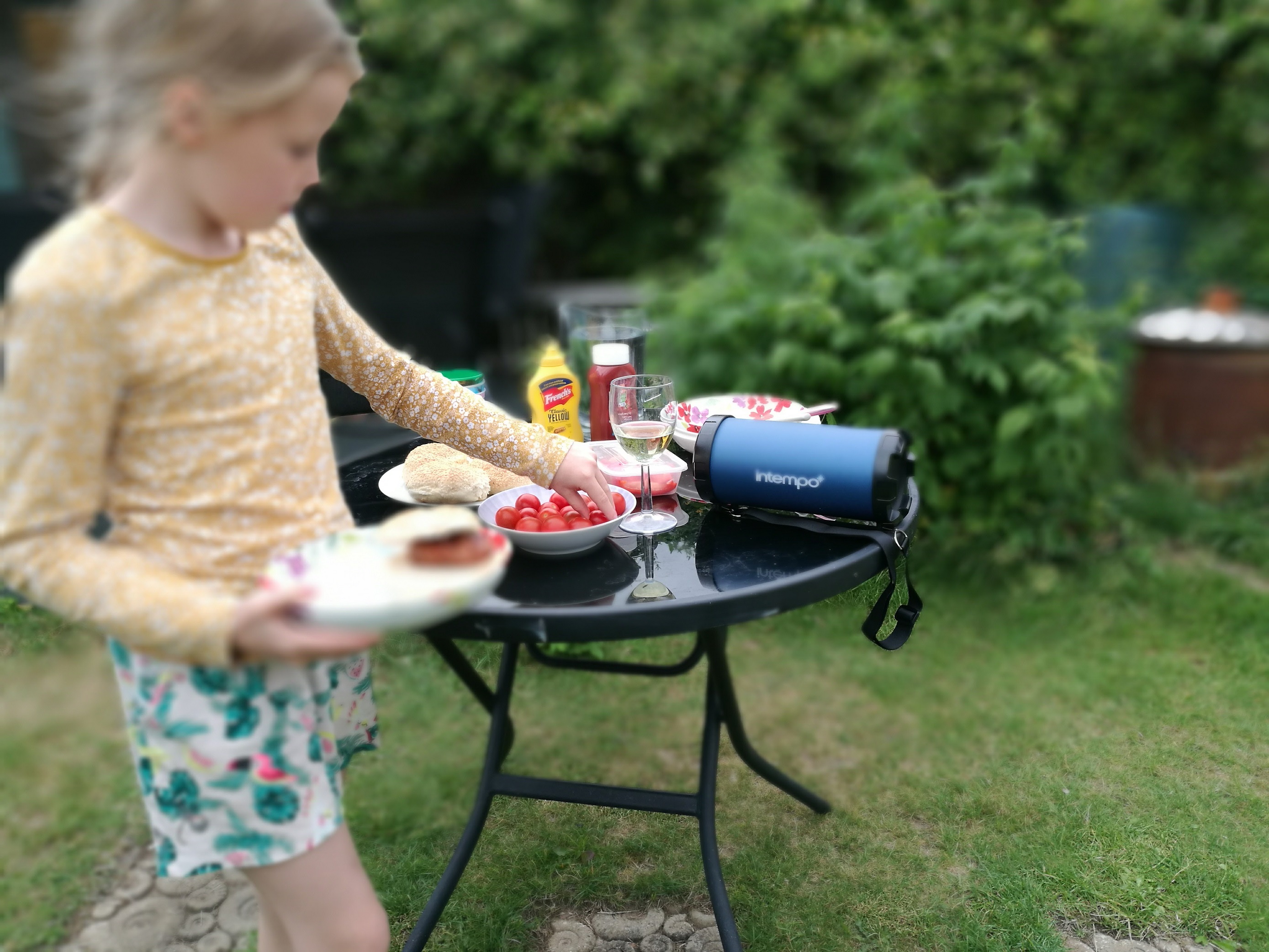 Sitting out in the garden on a warm summer evening with the BBQ fired is is a great end to the day, and one that can only be improved upon with some fat choons blasting out of a portable BT speaker. In this instance, in deference to our next door neighbours who have gone on holiday and left the builder laying a patio, with the cement mixer churning until 10 or 11pm on the hottest week of the year, we stuck the Bob the Builder album on loop, Bluetoothing to the Intempo Large Tube from Spotify on a mobile phone. The battery on the Large Tube lasted long enough to drive us mad, so hopefully it did the same to the inconsiderate builder next door.

After he packed it in for the night, we moved on to some Wish You Were Here, my favourite Pink Floyd album, which was an ideal accompaniment to the sunset.

The Intempo Large Tube, sent to us free of charge by Intempo (it retails for an RRP of £79.99 but is currently £24.99 on Amazon) to put through it’s paces chucks out a decent amount of sound for something it’s size and has a battery life of a couple of hours at full volume using BT (it has an aux in port, and comes with a cable so you don’t have to rely on BT which will add to the battery life). It comes with a carry strap for slinging over ones shoulder when out and about. It’s surprisingly light, so it’s something the kids can lug about with them when they’re out with or round their mates houses. Soundwise it’s okay, it’s obviously not going to be up there with portable speakers like the Panasonic ALL05 that cost three times as much (and are three times the weight) but it does chuck out a reasonably clear sound at some volume for a good price. It’s certainly more than adequate to annoy the builder next door!